Wärtsilä In Harmony At Sea 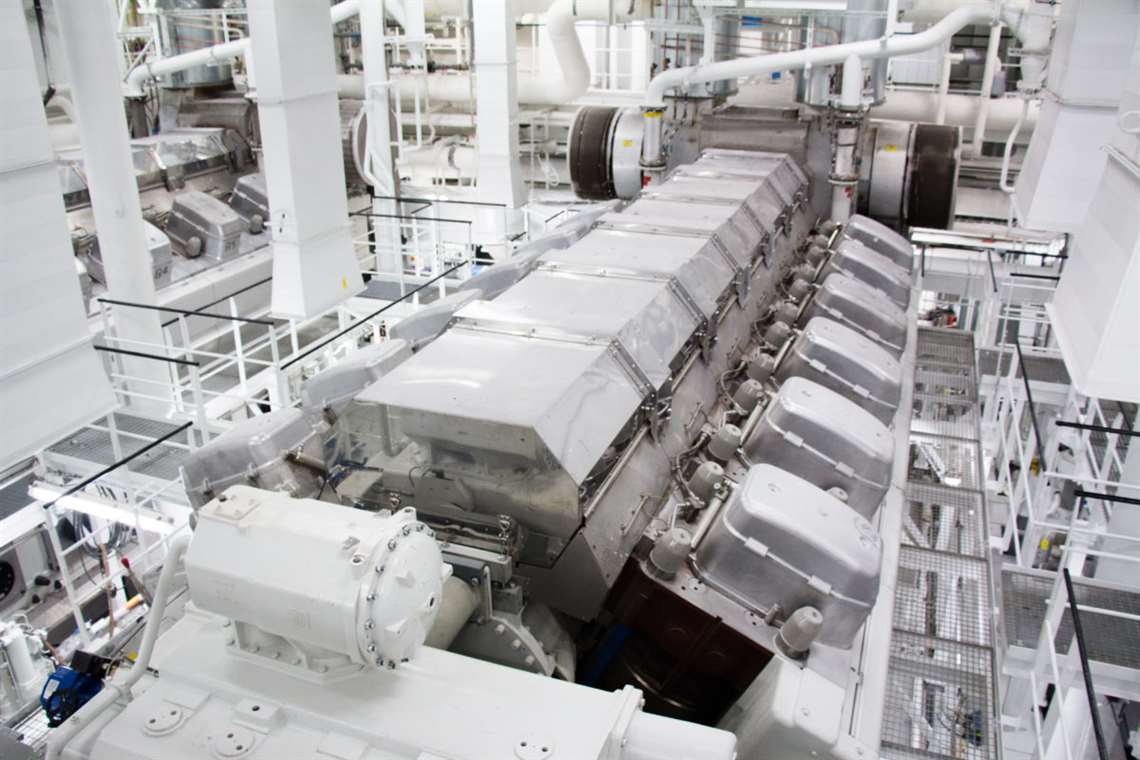 Wärtsilä engines, propulsion equipment and other technology are incorporated into Royal Caribbean International’s Harmony of the Seas, which is billed as the world’s largest cruise vessel.

The 362 m ship is powered by four 12-cylinder Wärtsilä 46F engines and two 16-cylinder 46F engines. The 46F has a bore and stroke of 460 X 580 mm. The 12-cylinder engine is rated 14 400 kW and the 16-cylinder 19 200 kW. Wärtsilä 46F can be run on either heavy fuel oil (HFO), marine diesel oil (MDO), or on light diesel when being operated within strict coastal or port emissions areas. This fuel switching can take place without power interruption across all engine loads, the company said.

When at sea, the switch can be made to open loop using only seawater. The sulfur oxides in the exhaust react with the water to form sulfuric acid. Chemicals are not required since the natural alkalinity of seawater neutralizes the acid. When required to switch to closed loop, for instance while entering a port in a low alkalinity area, the natural alkalinity of seawater is boosted by an alkali which uses caustic soda (NaOH) as a buffer, the company said.

The Harmony of the Seas, which is in operation, has also been included in a service agreement between Wärtsilä and Royal Caribbean covering technical management and monitoring under Wärtsilä Genius services. The ship was delivered from the yard on May 12.

Wärtsilä has also provided the engines and thrusters to the vessel’s sister ships, the Oasis of the Seas and the Allure of the Seas.

“Wärtsilä congratulates both Royal Caribbean and STX France on this milestone delivery of the world’s largest cruise ship. We are proud to have been selected to provide a comprehensive scope of Wärtsilä solutions and we wish good luck and success for the vessel throughout its lifecycle,” said Fred Danska, director, Cruise Business, Wärtsilä Marine Solutions.

The Wärtsilä NACOS Platinum navigation and dynamic positioning systems is also incorporated in the vessel. Other electrical and automation solutions have been provided by Wärtsilä Funa for this vessel, including a house light dimming system for all public venues, a dimming system for the suites, and a low resolution LED wall for the theater.