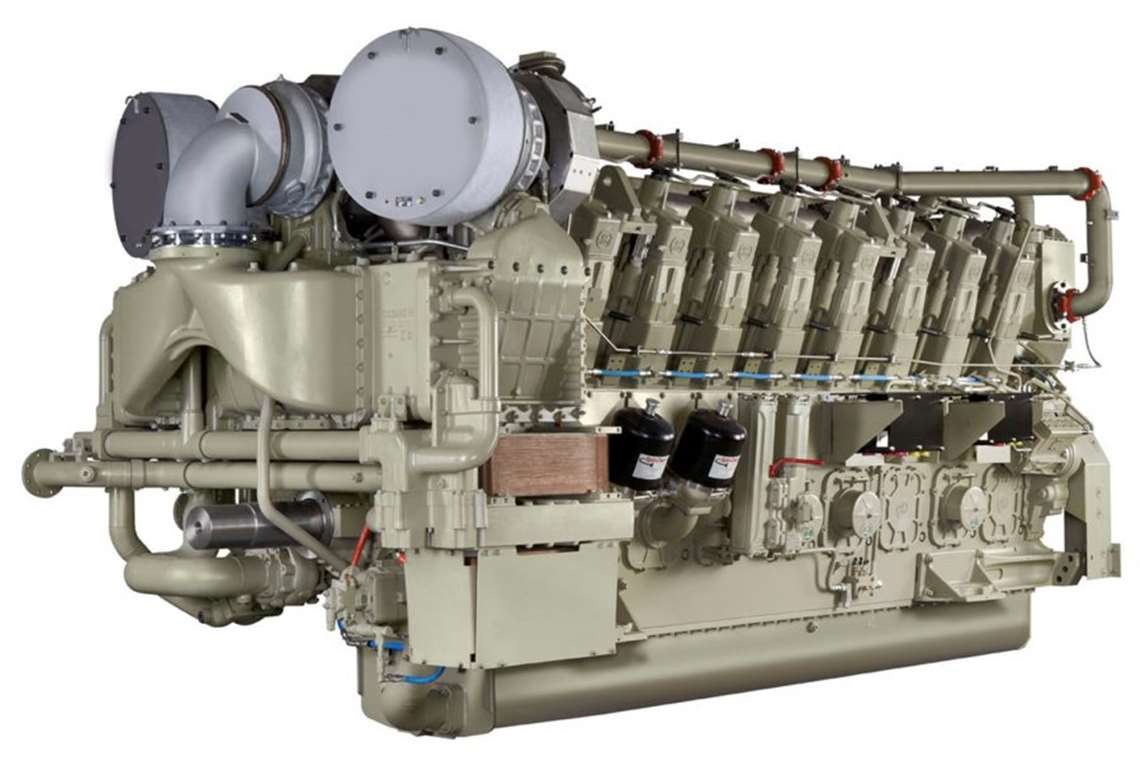 The deal is worth more than US$10 million and marks Wabtec’s 100th order for EPA Tier 4 compliant marine engines. The Wabtec 16V250 Series marine diesel engines will be used aboard the U.S. Maritime Administration’s two new National Security Multi-Mission Vessels (NSMVs). The vessels represent the first two of a planned five-ship NSMV fleet.

The V250 Series Diesel Engines for the NSMV fleet will be manufactured at Wabtec’s Grove City, Pennsylvania plant. These advanced engines reduce air emissions by up to 70%, through technology features such as an upgraded control system, a high-pressure common-rail fuel injection, two-stage turbocharging, and advanced exhaust gas recirculation. The engines meet stringent EPA Tier 4 and the International Maritime Organization’s Tier III emissions standards without the need for urea aftertreatment. Wabtec said its design saves up to 75% of valuable shipboard space, provides significant maintenance and reliability cost savings, and reduces operational hazards and cost associated with handling aftertreatment chemicals such as urea. The 16-cylinder medium-speed engine offers 6303 bhp at 1000 rpm.

The engines will provide ship service power to the state-of-the-art vessels for use in a variety of missions including maritime officer training by State Maritime Academies, disaster response, and humanitarian needs.

“Wabtec is honored to supply next-generation engine technology for the NSMV fleet to train future generations of American mariners and sail on missions where reliability is critical,” said Tammy Gromacki, Wabtec’s general manager of Marine and Drill. “With this order, the federal government can begin to realize the cost, reliability and emission-reduction benefits enjoyed by Wabtec commercial ship operator customers around the world.”

Wabtec’s marine diesel engines will be integrated into generator sets produced by partner contractors and installed on the first two NSMVs being constructed in 2021 at Philly Shipyard in Philadelphia. The NSMV ships will be homeported at State Maritime Academies in New York and Massachusetts.

“This federal order will create job opportunities and economic growth in Western Pennsylvania,” said U.S. Senator Bob Casey.  “I have consistently advocated for contracts awarded by the Maritime Administration for its National Security Multi-Mission Vessel Program to include American manufacturers to the maximum extent and consequently strengthen U.S. manufacturing and contribute to our Nation’s economic recovery. I have long supported this facility from when it was owned by GE Transportation and I am pleased to see that Wabtec’s Grove City plant in Pennsylvania has been awarded this opportunity.”