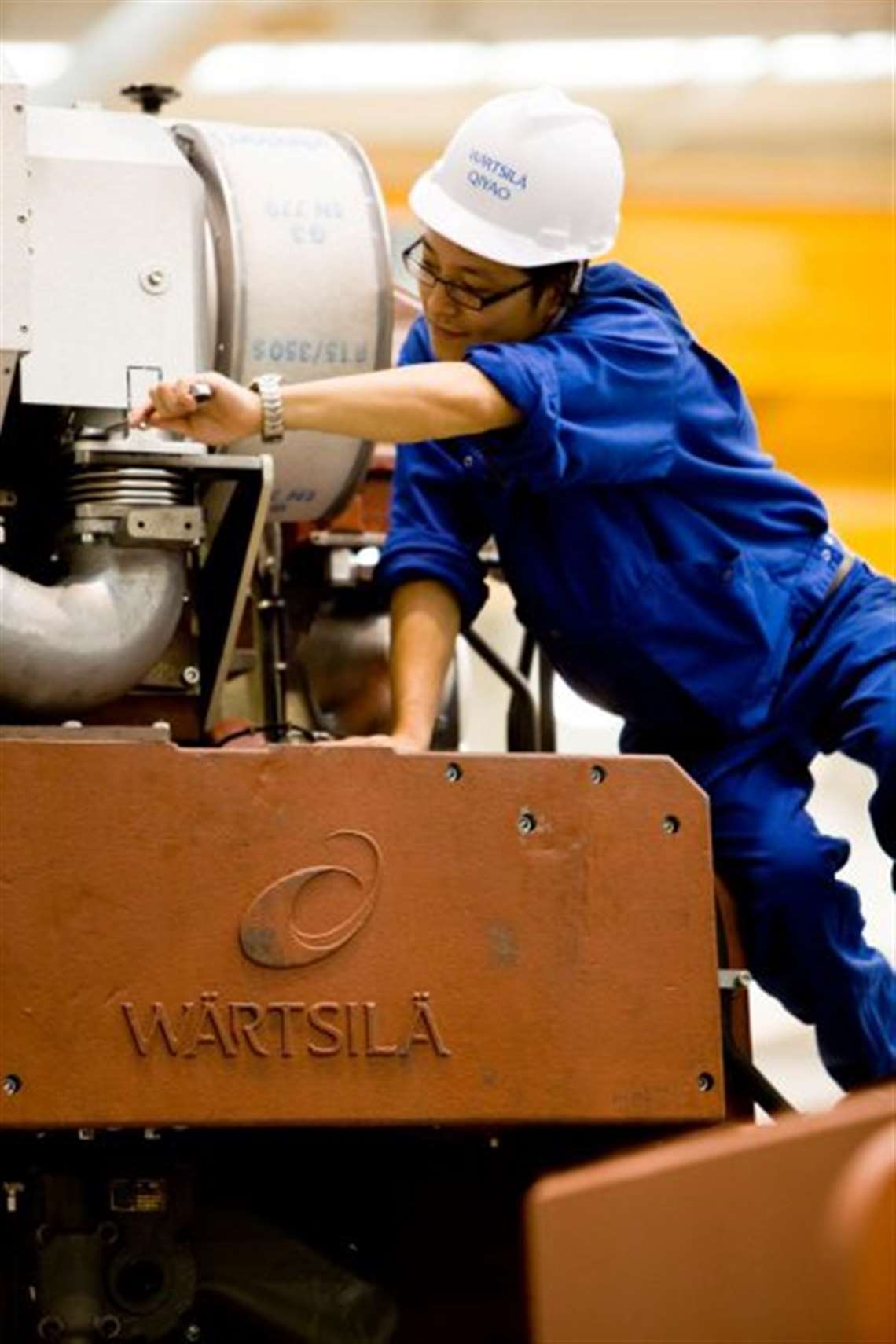 Wärtsilä expects the next 12 months in both its marine and energy business to be soft, pointing to a slowing global economy, climate debates and trade tensions as headwinds.

That outlook was part of the company’s overview of its earnings from the first six months of 2019. Jaakko Eskola, president and CEO, said that while the first half of 2019 was generally marked by stable development in net sales and profitability, performance in the second quarter was burdened by fewer power plant deliveries, as well as an unfavorable project and equipment mix.

Orders received in the Marine Business remained stable during the same period, as newbuild contracting favored more specialized vessel segments. Nevertheless, uncertainty regarding fuel price development has slowed scrubber orders, which, in combination with concerns related to lower overall vessel contracting volumes, prompted the company to lower its marine demand outlook for the coming 12 months from ‘solid’ to ‘soft’. Likewise, the outlook for the energy markets has also been lowered, as Eskola said market conditions are expected to remain challenging in the near-term.

In both energy and marine markets, it’s taking longer for purchase decisions to happen, Eskola said. For example, some governments interested in building power plants are slow to pull the trigger because of broader worries about the economy and how a downturn might affect their tax bases. Banks, too, are slower to provide funding for major projects. Utilities globally are updating their strategies to achieve ambitious decarbonization targets, which is causing delays in investment decisions beyond renewable technologies. Questions about how to best combat emissions are affecting shipping as well, as fleet owners debate what engine and fuel technologies to invest in.

“The decision-making is slower,” Eskola said. “The uncertainties have increased.”

During the earnings call, Eskola was asked about reports that Volkswagen has approached several companies about buying its MAN Energy Solutions. Like many other conglomerates, Volkswagen, which has 12 brands ranging from large engines to electric bicycles, is trying to shrink its portfolio.

Volkswagen has not yet started a formal sales process or appointed an adviser for the sale of the company, but has contacted rivals in the engine manufacturing business such as Cummins, Wartsila and private-equity owned Innio, according to media reports.

MAN Energy Solutions designs two- and four-stroke engines that are manufactured by both itself and licensees as well as gas and steam turbines, compressors and chemical reactors. Eskola said Wartsila would only be interested in MAN’s 2-stroke portfolio.

“Publicly, as you know, Volkswagen has said that they would like to sell it as one package, but that’s whatever we can read from the public sources,” Eskola said.

In contrast to the softer demand trends in the equipment markets, the company noted that the growth in services related sales has continued in both businesses throughout the second quarter.

“Looking beyond 2019, we are well placed to benefit from the demand for energy efficiency and the shift to low-carbon energy sources in both of our end-markets,” Eskola said. “We remain focused on improving operational efficiency and delivering increased lifecycle value to further strengthen our competitive position.”

Contracting remained healthy in the gas carrier segment, thanks to the growth in demand for liquified natural gas (LNG), firming rates, the expected increase in seaborne LNG trade, and the trend towards cleaner fuels, the company said. The need for modern capacity to meet anticipated growth in passenger volumes continued to support activity in the cruise and ferry segments, and customers are showing increased interest in the benefits of connectivity and data driven solutions, the company said.

Activity in the marine service markets improved slightly during the period January-June. The offshore marine service sector is showing some positive signals with a gradual re-activation of newer laid-up offshore support vessels (OSVs). The demand for services in the traditional merchant and gas carrier segments continued to

Growth in the energy service markets partially compensated for the lower activity in new equipment business during the first half of 2019. Renewables continue to take the market from inflexible thermal plants, but as the energy transition progresses, the demand for flexible power solutions is expected to grow along with the increasing penetration of renewables. In the emerging markets, there is a continued need for new baseload capacity to support economic growth and to alleviate power shortages.

Wärtsilä said its market share in the up to 500 MW market segment increased slightly to 15% (14), while global orders for natural gas and liquid power plants decreased by 12% to 17.6 GW during the 12-month period ending in March 2019. Global orders include gas turbine and Wärtsilä orders with prime movers over 5 MW in size, according to data from the McCoy Power Report.

The company also announced that Marco Ryan, chief digital officer & executive vice president and a member of the Board of Management has resigned, effective immediately. Ryan will be appointed to a key position outside Wärtsilä, the company said.