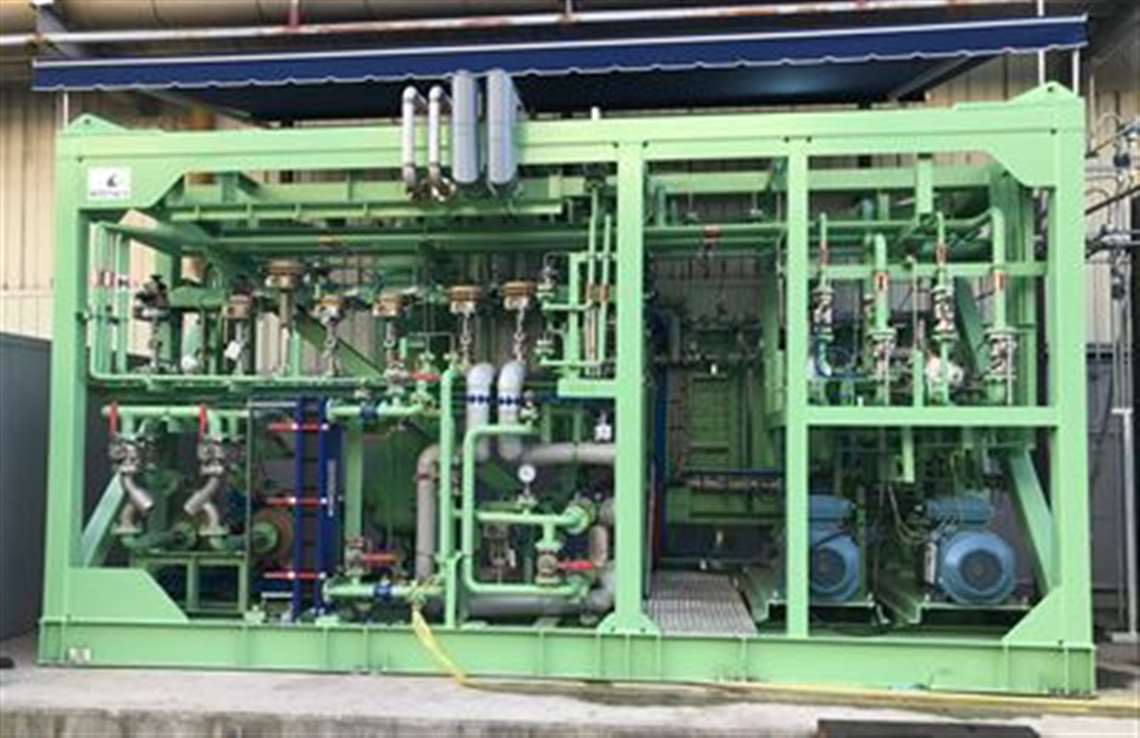 It was initially decided to retrofit the Wärtsilä LFSS to four very large gas carrier (VLGC) vessels owned by Oslo-listed BW LPG, the world’s largest gas shipping company. However, tests results exceeded expectations, so BW LPG decided to exercise their option to retrofit an additional four vessels, making a total of eight ships to benefit from this technology, according to Wärtsilä.

Wärtsilä has been designated as the system integrator for the retrofits. This involves not only the installation of the LFSS, but also the required ship design modifications, integration of the LFSS control system into the ships’ integrated automation system (IAS), and acting as the coordinator between the yard, the engine manufacturer, and the owner.

“This project is yet another example of Wärtsilä’s leading position in bringing innovative systems that increase efficiency and support environmental sustainability, to the market. The use of LPG as a marine fuel is likely to increase in the future, and a high quality, reliable, supply system is essential if this is to happen,” said Peter Zürcher, project manager, Wärtsilä Marine.

Retrofitting of the Wärtsilä LFSS to the first of the vessels will take place in April 2020. The system is available as a stand-alone solution, or as an integrated element within the LPG cargo handling system.

“BW LPG is pleased to work with Wärtsilä and collaborate on industry-leading innovations. We are confident that through such partnerships, BW LPG can play a leading role in the decarbonisation of our industry, and the broader transition towards cleaner energy,” said Serge Schwalenstocker, Project Manager, BW LPG.

The initial order with Wärtsilä was placed in December 2018, and the order for the four additional retrofits was signed in February 2020.