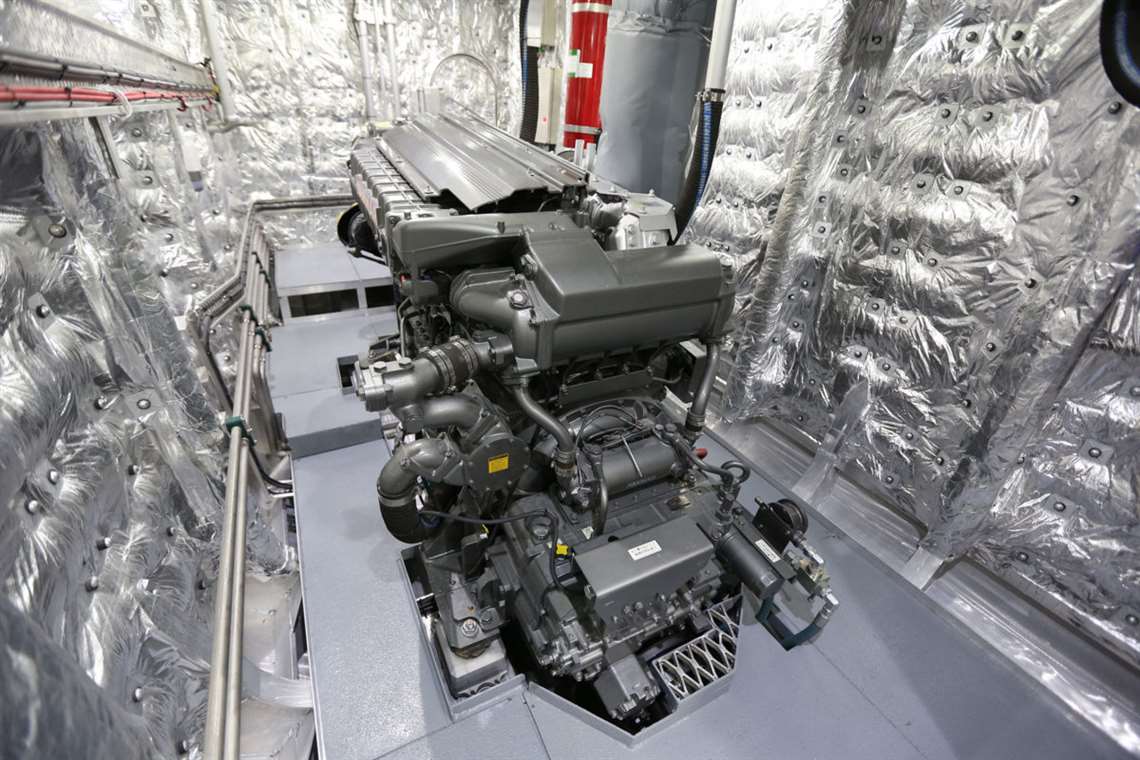 The first two ship sets of the new Yanmar 6AYEM-GT common rail diesel engines have been installed by Aluminium Marine into a pair of passenger ferry destined for service in Mexico.

Brisbane, Australia-based Aluminium Marine is building the pair of identical ferries commissioned by IBS Broking. These vessels will operate a service in Mexico transporting passengers between the island of Cozumel and the mainland port near Cancun. The trip is relatively short, but the passenger payload is high, with each ferry capable of carrying 300 people. Around 8 million passengers a year travel through Cancun aboard ferries.

The vessels are 30 m long with a beam of 9 m and draft of 1.5 m. The Mexico ferry displaces 70 tons lightships but this ramps up to 100 tons when fully loaded with passengers plus 4000 L of fuel and water, the company said.

The engines selected for both catamarans were the new release Yanmar 6AYEM-GT common rail. These are the most powerful engines that have been installed in a hull built by Aluminium Marine, the company said.

“We chose the Yanmar 6AYEM-GT engines based on their power output,” said Aluminium Marine CEO Steve Cordingley. “At over 1000 mhp per engine, these higher rated engines give us a nice boost in power for the relatively short ferry runs. The expectation is that the ferry will cruise comfortably at 24 knots with the engines ticking over at 1850 rpm. Fuel consumption at this speed is 100 L per engine, per hour.”

The Yanmar 6AYEM-GT features electronic control technology to deliver outstanding economy, power and reliability. This is a six in-line cylinder configuration, ideal for catamaran applications where space in the engine room can be tight. Displacement is 20.38 L with maximum engine speed rated at 2000 rpm.

“We’re really happy with the complete package,” said Jack Louwerse, project manager. “The new Yanmar 6AYEM-GT engines are perfect for our application. They are a slim fit in the engine room and leave plenty of space all the way around the engine for service and maintenance.”

“The electronic management systems with the Yanmar 6AYEM-GT engines is a good match for the advanced systems at the helm. The Mexico ferries have joystick controls at both the helm and wing stations.”