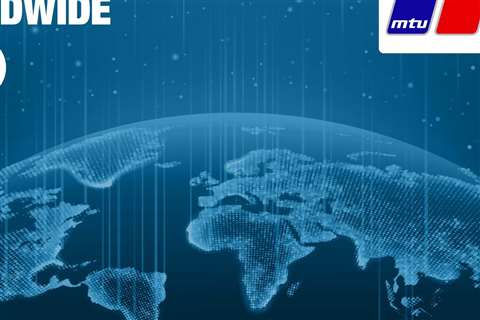 Webinar: The Role of Microgrids in an Uncertain Energy World

Crowley Maritime Corp. said it will build and operate the first all-electric powered harbor tugboat in the U.S.

The eWolf—an 82-foot vessel with 70 tons of bollard pull—will operate at California’s Port of San Diego’s Tenth Avenue Marine Terminal and will be operational by mid-2023. Over the first 10 years of its use, the operation of the new eTug will reduce 178 tons of nitrogen oxide (NOx), 2.5 tons of diesel particulate matter, and 3100 metric tons of carbon dioxide (CO2) versus a conventional tug. The electric tug will replace one that consumes more than 30 000 gal. of diesel per year.

The eTug will be built by Master Boat Builders in Coden, Alabama, utilizing the design and on-site construction management by Crowley Engineering Services and its recently integrated Jensen Maritime naval architecture and marine engineering group. The eTug’s battery system will be charged at a specially designed, shoreside station developed with Cochran Marine.

“Crowley’s first-of-its-kind electric tugboat is a game changer. It checks all the boxes by providing environmental, economic, and operational benefits for our communities and maritime industry,” said Chairman Michael Zucchet of the Port of San Diego Board of Port Commissioners. “We are proud to work with Crowley and couldn’t be more pleased the eWolf will operate exclusively on San Diego Bay.”

The eWolf will feature a design that allows the vessel to operate fully electric with full performance capabilities – and zero carbon emissions. The eTug will feature a fully integrated electrical package provided by ABB. 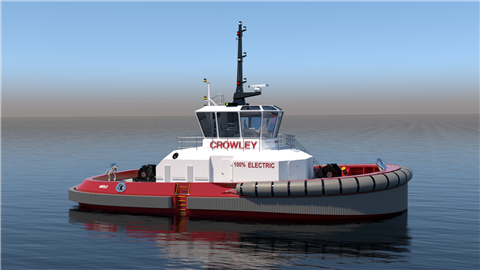 Crowley will build and operate what it calls the first fully electric U.S. tugboat.

With 360-degree visibility, the eTug will also feature ABB’s artificial intelligence technology (AI) to increase safety and efficiency for mariners, the company said.

“Our dedicated shipbuilding employees are proud to be working with Crowley to lead innovation with the construction of this first-of-its-kind tugboat,” said Garrett Rice, president of Master Boat Builders. “This vessel will set a standard in the U.S. maritime industry for sustainability and performance, and its zero-emissions capability and autonomous technology will benefit the environment and the safety of mariners and vessels.”

The eTug will be a result of a partnership among Crowley, the San Diego County Air Pollution Control District, the California Air Resources Board, the Port of San Diego, the U.S. Environmental Protection Agency and the U.S. Maritime Administration, which all provided financial support and other resources.