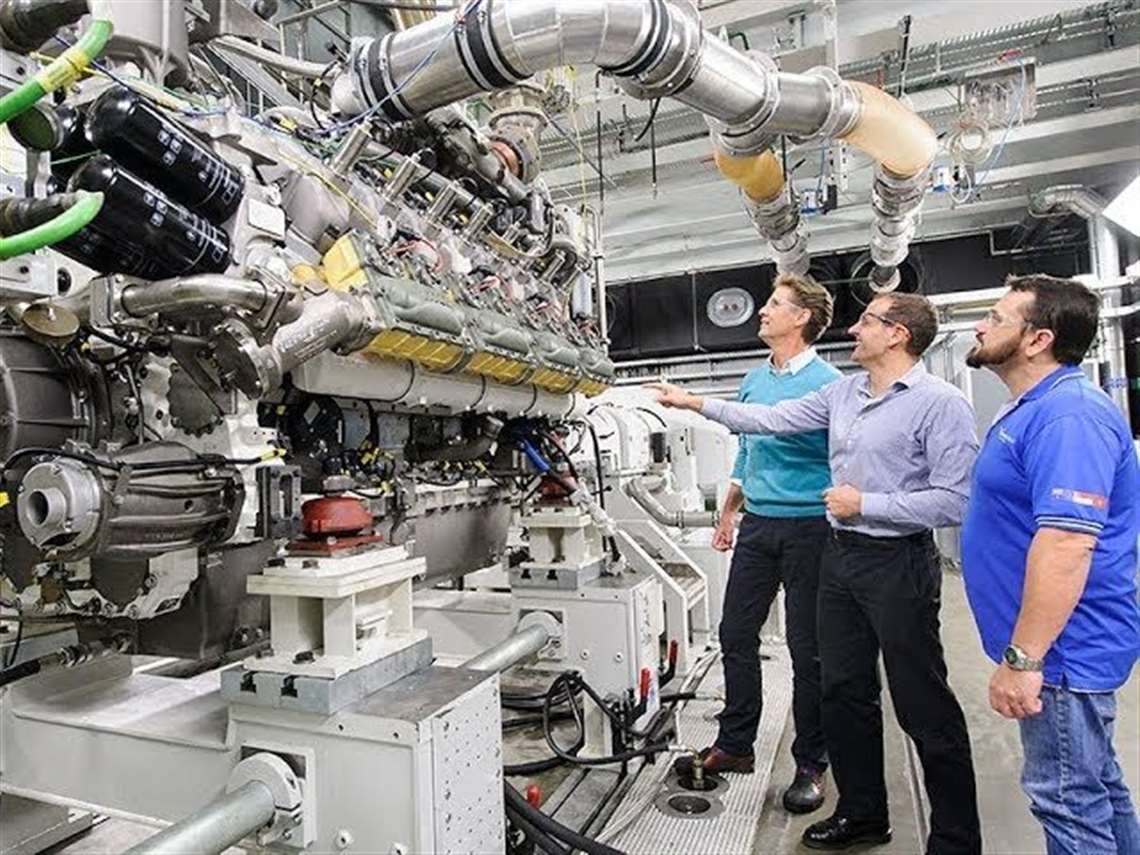 MTU has delivered the first two of a total of four 16-cylinder Series 4000 gas engines, each with an output of 1492 kW, for two new catamarans.

The two pre-production units of the new mobile MTU gas engine from Rolls-Royce successfully completed performance tests and were accepted by the customer at the beginning of December, the company said.

MTU presented its new marine propulsion units at the SMM International Maritime Trade Fair in September 2016. The engines have since completed well over 5000 hours on the test bench.
Beginning in 2018, the two aluminum vessels will operate ferry services on the Dutch Wadden Sea. They are currently being built by Strategic Marine’s shipyard in Vietnam for the Dutch shipping company Doeksen.

Paul Melles, managing director of Rederij Doeksen, said: “We are very happy with the test run. All the key engine parameters, such as the extremely dynamic acceleration behavior, have now been verified by MTU.”

In the course of the factory acceptance test, a wide range of performance tests were carried out. An integral part of the test involved verifying the performance data, the fuel consumption and the engine’s safety features, such as the emergency stop. The emission measurements, as expected, demonstrated compliance with IMO III emission standards with no additional exhaust gas aftertreatment.

During the factory acceptance test in Friedrichshafen, Melles said: “We decided in favor of a gas propulsion system, because we will be operating our ferries on the Wadden Sea, a World Heritage Site that has been declared a particularly sensitive area worthy of protection. MTU, with the appropriate pure gas engine, is the right partner for us.”

The new 16-cylinder gas engine from MTU will be available as of 2018 as a certified series production engine covering a power range from around 1500 to 2000 kW. An 8-cylinder version will follow with a rated output of approximately 750 to 1000 kW. The new gas engine designed for tugboats, ferries, push boats and special purpose vessels such as research vessels. By comparison with a diesel engine without exhaust gas aftertreatment, the gas engine emits no soot particles and no sulfur oxides, 90% less NOx and 10% less greenhouse gas. It thus meets the IMO 3 emission standards in force since 2016 with no additional exhaust gas aftertreatment.