Ships being built for MOL

The third of the main engines ordered this time comes with an option to change to the MGO dedicated burning engine developed with Onomichi Dockyard with the support of The Nippon Foundation. The layered water injection technology used in this MGO dedicated combustion engine is a technology in which two types of liquids, MGO and water, are layered and injected into a cylinder to burn them together. 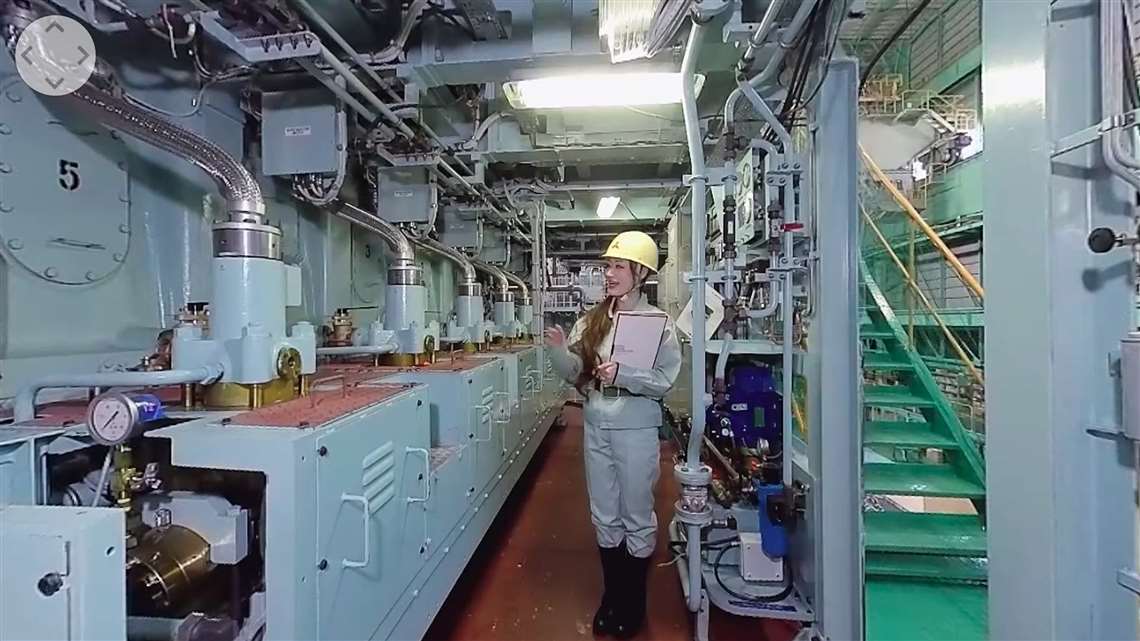 The current MGO dedicated combustion engine injects MGO and water, but this technology can also co-fire with a wide variety of liquid fuels other than water that can contribute to GHG reduction, such as ammonia, biofuel, and ethanol. By co-firing with e-fuel, there’s a high potential to reduce GHG in response to future tightening of regulations.

In addition, compared to ships equipped with a main engine that uses LNG as fuel, it has the advantage of being able to reduce the initial investment not only in the main engine itself, but also in the size of the fuel tank and peripheral equipment such as fuel supply equipment, according to J-ENG.

The company said it is considering the development of a next-generation engine that utilizes hydrogen fuel toward zero GHG emissions during this century, and will continue to realize carbon neutrality beyond existing technology based on the ESG management philosophy. We will contribute to the achievement of SDGs by continuing to develop new technologies for this purpose.