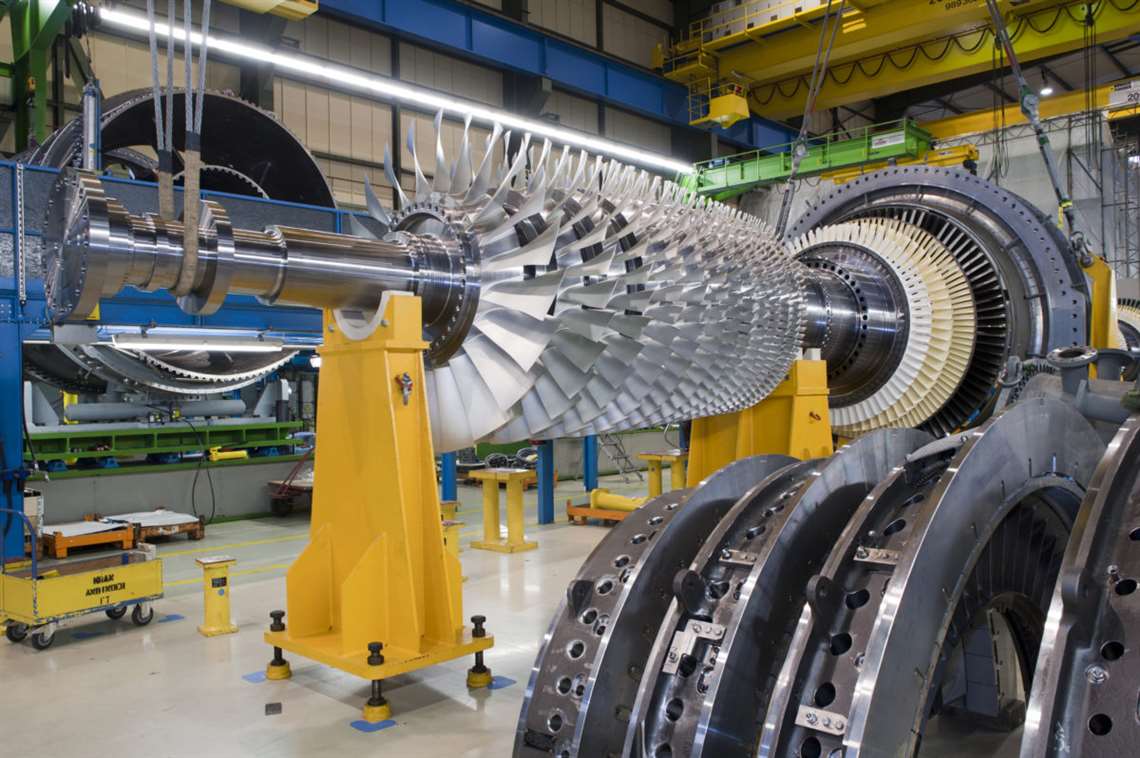 Siemens has received an order for five F-class gas turbines for a combined heat and power (CHP) plant in the Kingdom of Saudi Arabia.

With an electrical generating capacity of about 1500 MW, the plant will supply about 400 MW of electricity and process steam to a new natural gas extraction plant in Fadhili, which is located 100 km northwest of Dammam in the Eastern Province of the Kingdom.

The additional 1100 MW will be sufficient to supply power to 1.1 million Saudi households. All five turbines will be produced at the Siemens Dammam Energy Hub (SDEH), the first manufacturing facility for gas turbines in Saudi Arabia and the largest in the Middle East, the company said.

Siemens’ scope of supply encompasses five SGT6-5000F gas turbines, five SGen6- 1000A generators, the control system SPPA-T3000 as well as assembly and commissioning on site. The long-term service agreement covers maintenance services for the five turbines including Siemens’ advanced Power Diagnostics services, part of the company’s Digital Services for Energy portfolio. Siemens Power Diagnostics is designed to provide a detailed diagnosis of many actual unit conditions and recommendations for improvements to help minimize unplanned outages and maximize power generation availability. The new power plant will be largely fired with so-called K-gas, a natural gas from the near Khursaniyah gas field which has a relatively low calorific value. Siemens and Saudi Aramco have been jointly testing the suitability of the F-class gas turbine for this special type of fuel.

“This is a great milestone for Saudi Arabia and Siemens. This project leverages even more opportunities to drive the industrialization of the Kingdom in line with Vision 2030,” says Jeffrey Dunlap, Siemens’ senior executive vice president of Sales, PG MENA Region. “Thanks to our comprehensive service package, the new power plant will reliably supply the gas extraction plant in Fadhili with electricity and process steam for a long time to come. With the right technological solutions Siemens continues to demonstrate its local commitment to the Kingdom, its partners and the Saudi society.”

The Saudi Vision 2030 represents the ambitious determination to transform the Kingdom economically and socially—it is the blueprint that guides Saudi Arabia as it prepares for a post-oil era, Siemens said.

Scheduled to be completed by the end of 2019, the Fadhili CHP project will play a key role in expanding the gas production and supply in Saudi Arabia to meet growing domestic energy demand. Together with two other new gas extraction plants, Fadhili will produce more than five billion standard cubic feet per day of so-called “non-associated” gas – natural gas that is extracted independently of oil. Saudi Aramco is investing a total of around 50 billion Saudi Riyals (USD 13.3 billion) in the Fadhili gas extraction plant.

The purchaser is the South Korean company Doosan Heavy Industries & Construction Co., Ltd. who is responsible for engineering, procurement and construction (EPC) of the plant.

Furthermore, Siemens and Kahrabel FZE, an affiliate of the ENGIE Group, signed a long-term service agreement for the gas turbines for the Fadhili CHP plant for a period of 16 years. End customer is a special purpose company consisting of ENGIE with a 40% share, Saudi Electric Company (SEC) and Saudi Aramco Power Holding Co. (SAPHCO) with a share of 30% each. The total order volume for Siemens is approximately US$400 million.

All five gas turbines will be produced by the Siemens Dammam Energy Hub. In May 2016, the first gas turbine “made in Saudi Arabia” was produced in the SDEH.