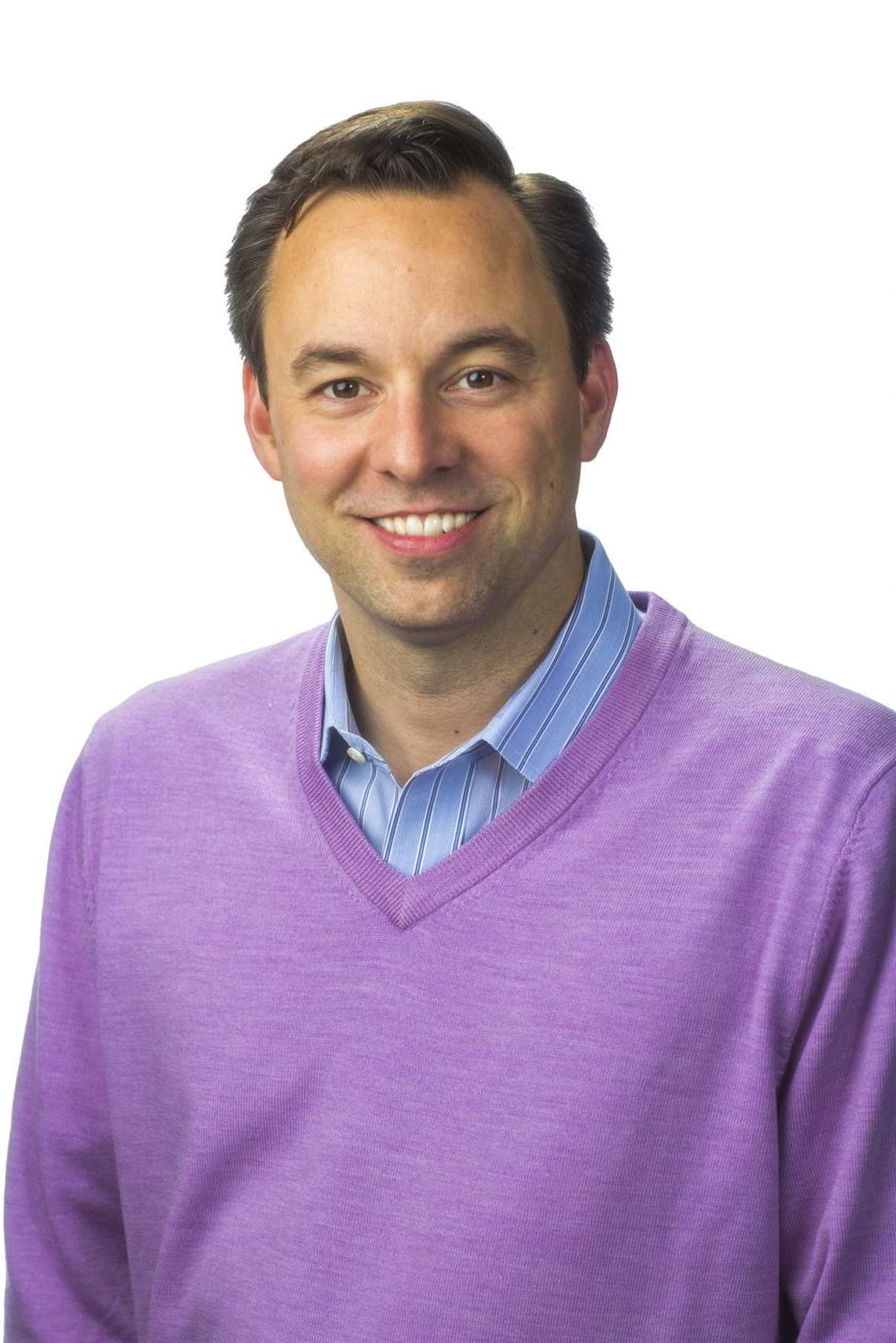 As part of a shakeup of GE’s power portfolio in November, Scott Strazik was named CEO of the company’s newly created Gas Power business. The move was one of a series the company took in hopes of finding a profitable path for the long-troubled division.

At the same time, GE announced that long-time company executive John Rice would come out of retirement to lead the company’s gas power business.

The company is reorganizing what was GE Power into two businesses—GE Gas Power, which includes gas power systems and power services, and GE Power Portfolio, comprised of the steam, grid solutions, nuclear, and power conversion businesses. The company also said it would consolidate Power’s headquarters structure in order to create a more simplified business structure.

Diesel & Gas Turbine Worldwide interviewed Strazik about his new role and his expectations for the industry. What follows is an edited version of that interview.

Q: How is the reorganization helping you address what’s going on in the marketplace?

A: Very candidly, it starts less with the marketplace and more with a look at how we’ve been operating the business and supporting the customers. We feel like operationally, by streamlining two organizations into one or frankly, (practically three organizations into one when you include the power HQ), we’re going to support the customers better because there’s going to be substantially fewer handoffs. We really evaluated intensely our process of building new plants and the early commissioning phase, to the warranty period, to the early years of having a contractual service arrangement. In the number of different parts of our GE organization, with different managers and different leaders that were owning different parts of the process, that told us there’s a better way. So this started, to be honest, less from market dynamics and more from how do we service the business and the fleet better and build plants in a more efficient way? That’s one. Two, practically speaking, is that our new units businesses smaller today and probably a little bit lumpier. I came to this business in 2013 and we were navigating a 50 GW market. We’re underwriting that new units business today assuming we’re closer to a 30 GW market. So by bringing these organizations together, I think it also gives us a little bit more nimbleness to combine resources and a capability to be ready for the lumpiness of the new unit market and not have unapplied resources or otherwise as markets may go like this in a little bit choppier a new unit build market today.

Q: So you’re not looking at the market getting back to where it was any time soon?

Q: How are you going to know when you’re successful? What’s that going to look like for GE?

A: This whole thing starts with the customers and I think at the end of the day, I think our customers, as much as they love our technology, there are areas we can service the fleet better every day and be more streamlined on how we commission new plants. So to me, it starts with the customers and whether they see a faster, more efficient and more agile gas power. Beyond that, it’s been a complicated period of time for us financially as we’ve worked through a market that has gotten smaller and we’ve got to build a roadmap to a better financial construct. And that’s right in the process of what we’re doing right now. But when I pieced together my early observations in this role in my five years in the business, I still think there’s a lot to be optimistic about.

Q: Speaking of the customer, what’s the message that you’re giving them?

A: We’re showing one face to the customer base in every region to streamline what historically was often two or sometimes more than two, between new units and services. We’re completely committed to continuing to have the best technology in the world. So to the extent to which two organizations create cost synergies, that gives me more oxygen to make sure that I’m investing for the future for them. In this process of driving this reorganization every day, we’re going to be waking up thinking about how to have them feel nothing but the positive dynamics of it and not the disruption of two organizations turning into, one.

A: It can be, it can be. But I have a benefit that a lot of others don’t, which is that I’ve been in this business and I know these teams and I know the leaders and I know that we’re very capable of integrating this together and doing it in a way that works for everybody.

Q: From the internal perspective, what’s the staff’s mood?

A: I think we’ve gone through a period of ambiguity, of not knowing exactly what was going to be next. In the practical reality, the organizations responded very well to the announcements in the last month because now there’s clarity. There’s going to be complete visibility and transparency to the gas power business and how it’s performing and what the levers are and that’s going to give that much more transparency to corporate and ultimately the outside world on what we’re working on every day.  And I think for the other parts of the power portfolio that we’ve broken into another segment, they’ll benefit from the same things. So I actually think we’ve gone from a period of ambiguity to a period of clarity that is going to not only help the teams in the near term but also help them perform better because nothing’s more important for teams to perform than clarity. I feel like our teams are incredibly resilient. I have a ton of confidence and the gas power team, the people and their commitment to this business and our customers to see a better day. And if I didn’t have that, it’d be hard to be as confident and optimistic as I am.

I have a ton of confidence and the gas power team, the people and their commitment to this business and our customers to see a better day. And if I didn’t have that, it’d be hard to be as confident and optimistic as I am.

Q: What are some of the questions you’re hearing from customers?

A: We’ve been in a fairly proactive mode in recent past. Those that have are HA machines, you know, we’ve been doing a lot of sharing on our technical evolution. Organizationally, I think the customers are pretty comfortable and confident with where we’re going. I wouldn’t see organizationally there’s been a lot of anxiety, but there’s no better way to address that than to show up, look them in the eyes and deliver.

Q: Are there particular markets that seem stronger or that you’re hoping more hopeful?

A: The economics of the HA product is one that by default has natural tailwinds and that’s going to continue. So where there’s access to gas and a grid that has the capability to take on a 400 MW to 1.5 GW baseload power, HA is tough to beat. So in a world in which many markets are trying to get out of coal and nuclear, that’s a good thing for us. Regionally…there’s different catalysts in different places, but I look at Asia and I look at the amount of gasification production that’s kind of being built in or planned in the next five to 10 years and it is exciting. I look in North America and say there’s 390 GW of coal still running in the U.S. and that’s not going to continue. So that’s an opportunity. We see interesting green shoots in Europe today, not for new big plants being built, but because there’s been so much renewables growth in Europe that a lot of those markets are now having to take a step back and say, how do I mitigate for an intermittent grid and plan for that? And we’re seeing a lot of interesting activity for peaker activity and upgrades to the existing fleets that can complement the renewables growth. So that’s exciting to me. And it’s hard when you go to a place like the Middle East where there’s a massive need for more output to not see the purpose of what we’re doing every day. Although they’re hard projects to put together right now because you’ve got countries and governments that don’t have an excess of capital. So financing is often part of the equation. The political dynamics are complicated, but the need is great. So when you focus on places like Iraq where there is a massive need for more power to stabilize a new government, it’s incredibly exciting and motivating for me.

A: So from a new build perspective, we don’t think about 2019 looking very different than 2018 from the market perspective. So we’re planning on running the business with the expectation of a similar market. On our contractual book, in the existing fleet, we see utilization remaining fairly consistent with this year. So we’re looking at the art of the possible with our transactional fleet—that part of the gas turbine fleet that’s not on an explicit long-term service arrangement—in looking at a lot of new and different ways that we can help that customer base run their machines in different ways to support whatever part of the cycle they’re in. So holistically I don’t think we think about the market or the operating parameters of 2019 to feel different than 2018, but that with another year of running the collective gas power business better, we think we can deliver an interesting year.

A: Yes. We’re doing a lot of iterating right now. But that’s not a bad thing. It’s a good thing when you see teams committed and resilient and focused on the right things, which is the customer and positioning GE for tomorrow. And that’s what I see as we’re going through this process and, and seeing customers that are rooting us on every day. Customers that want us to be the best we can be because they need us.

Q: You mentioned something earlier about maintaining your leadership and technology. With everything going on, how do you make that happen?

A: It’s a priority. So we do live in a world where you’ve got to make tradeoffs today between where we’re going to spend money and where we’re not. But for me, one of the true north’s is that we’re going to continue to invest in our technology and continue to invest in our engineering capability so that we’re walking in the door with a value proposition with the customers that’s unmatched. And that’s my expectation and that’s my true north and in running this business, we’re going to run it with that being the bar.

Q: Is there anything else you think the industry should know about what’s going on now with GE?