EIA: 25% of U.S. Power Plants Can Start Up Within An Hour 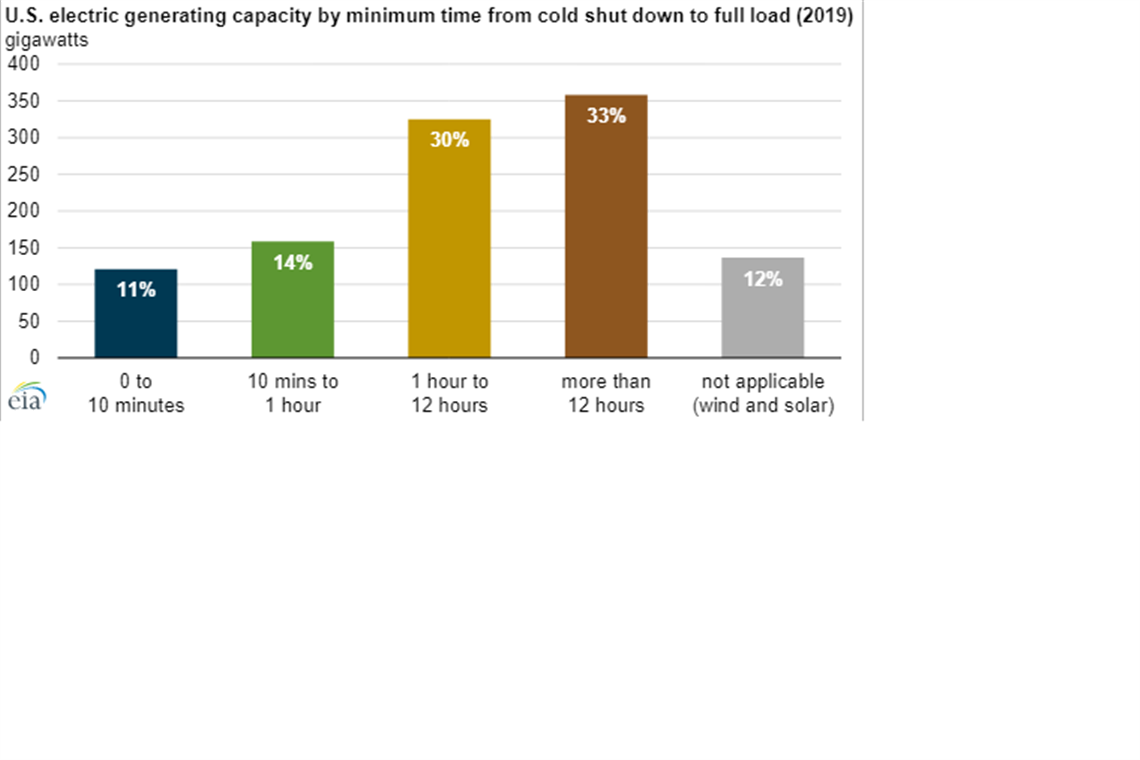 About 25% of U.S. power plants can go from being shut down to fully operating within one hour, based on data collected in the U.S. Energy Information Agency’s (EIA’s) annual survey of electric generators.

Some power plants, especially those powered by coal and nuclear fuel, require more than half a day to reach full operations.

Generator startup time differs across electricity-generating technologies because of the differences in the complexity of electricity generating processes, especially when starting again after all processes have been stopped (cold shut down). A generator’s startup time is different from a generator’s ramp rate, which reflects how quickly that generator can modify its power output once it’s operating.

Most hydroelectric turbines can go from cold start to full operations in less than 10 minutes. Combustion turbines, which use a combusted fuel-air mixture to spin a turbine, are also relatively fast to start up.

Steam turbines often require more time to form steam, which needs to reach certain temperature, pressure, and moisture content thresholds before it can be directed to a turbine that can spin the electricity generator.

Natural gas combined-cycle systems, which involve both a steam turbine and a combustion turbine, account for more capacity than any other generating technology in the United States. Most of those systems can reach full operations in between one hour to 12 hours, although some can start up within an hour.

The percentage of the generator fleet that does not respond to this question in EIA’s survey has doubled—from 6% in 2013, when EIA first collected this data, to 12% in 2019—as a result of the number of utility-scale solar and wind power plants added in recent years. This question is not relevant for these types of plants.