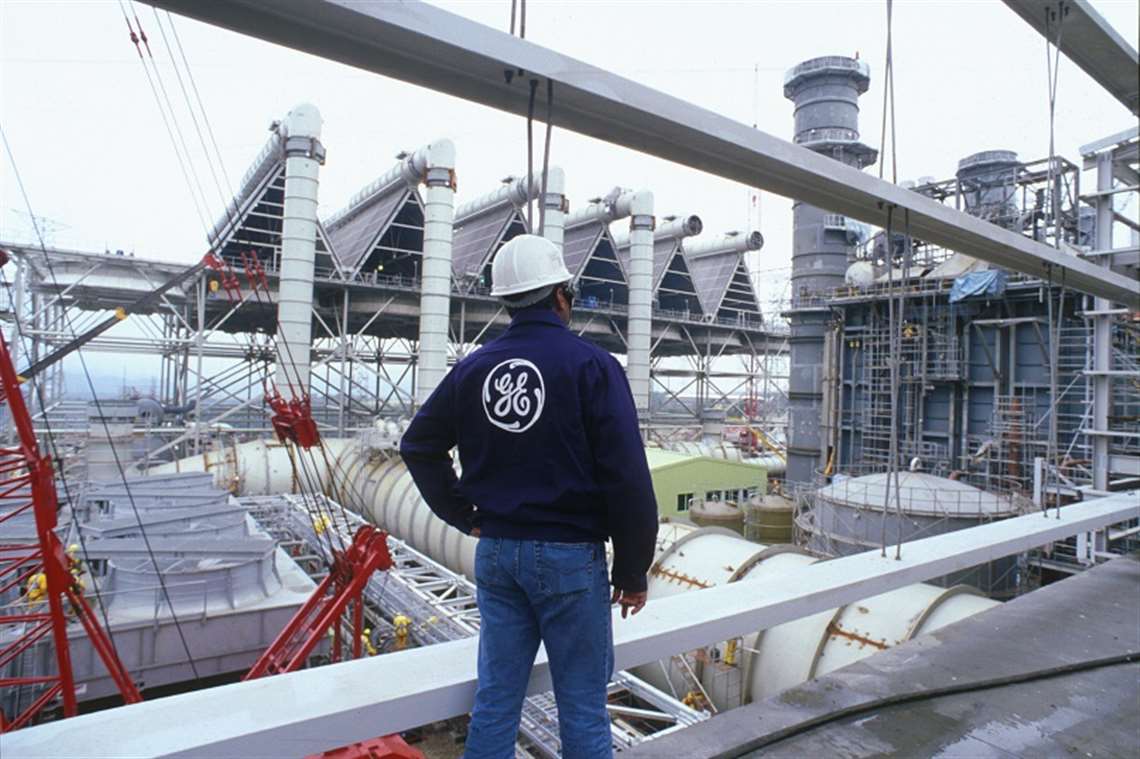 Urging a “decade of action” to help stem climate change, GE is calling on the energy sector to move more quickly toward decarbonization.

The company released a whitepaper, “Accelerated Growth of Renewables and Gas Power Can Rapidly Change the Trajectory on Climate Change,” that argues decarbonization can best be achieved through deploying renewable and gas power in tandem in the short-term. In addition, the paper outlines technical pathways for gas power to achieve a lower carbon generating footprint through the use of low and zero-carbon fuels—including hydrogen—as well as carbon capture utilization and sequestration (CCUS) technologies.

The release of the whitepaper comes just months after the company declared it was getting out of the newbuild coal-fired power business. Brian Gutknecht, chief marketing officer for GE Gas Power, said both dropping coal and the push for renewable and gas power solutions were part of the company’s growing sense of ‘urgency’ over the climate crisis.

“De-carbonization is nothing new,” said Gutknecht, who has worked for GE for 30 years and served as product marketing general manager for the Gas Power Systems business within GE Power. “What’s really new for us is just being more vocal on this urgency…so much of the world is focused on ‘hey, what does 2050 look like? What does a zero-carbon future look like?’ We’re at this point where we have to urgently act today, we as an industry have to act today, and we’re not doing enough to move the ball downfield towards that end.

“And for us, this concept of this decade of action, means we just can’t sit back and let the world gradually take these technologies that we have and put them in place. We really have to help promote how we can act together soon.”

To help meet urgent climate goals while at the same time increasing power demand across the globe, the report advocates the merits of gas-fired generation as a complement to support and accelerate renewable energy penetration. The near-term impact of coal-to-gas switching represents a fast and effective win for emissions reduction in many regions around the world, according to the report. For example, since 2007, power sector CO2 emissions in the United States have dropped by about a third while total electricity generation has remained fairly constant. The CO2 emissions reduction attributed to coal-to-gas switching was greater than that from any other fuel source.

Coal to gas to hydrogen

“Look, if all we were talking about is gas is better than coal, and that’s all it was, you’d say, okay, maybe gas is a transition fuel that helps us get to some end state,” Gutknect said. “What’s really exciting though, is we can take the existing installed base of gas plants that are out there today, convert it to burn up to a 100% hydrogen and be carbon free. That’s a tremendously exciting, and I think not talked about, and it’s not like we have to go invent 50 things to make that happen. We can do it today.”

“To me, that’s kind of the proof that hydrogen is not some fuel of the future that we can leverage today,” Goldmeer said.

It can be done, but serious supply challenges—both in the creation and delivery of hydrogen—remain, Goldmeer said. Currently, the market produces about 70 billion tons of hydrogen, mostly sourced from coal or natural gas. Less than 1% comes from a green source like electrolysis. To source hydrogen from natural gas or coal and remain carbon-neutral would require massive carbon capture projects. Green hydrogen would require massive investments as well.

“We need what I would describe as almost a moonshot kind of initiative in the scale up of production of hydrogen from either or both,” Goldmeer said. “We need to think about how do we do that moonshot level of program to create that infrastructure, not just on the production side, but then you have to transport it. Are we doing local shipping of hydrogen? Do we need new hydrogen pipelines? And then of course you have to think about the ultimate users. What happens to every hot water heater, every gas-based stove, do we do those get electrified to those, have to be converted to hydrogen based burner?

“So there’s a huge infrastructure program that one has to think about. And to me, we can raise the call here, but we need governments, we need other advocates to raise the flag along with us to say, it’s not just that we’ve got the technology and the end use, we need everything from the beginning of the path through the middle. We need everyone to raise their hand and say, we’re going to work together because it’s not just the gas turbine or the aircraft engine or whatever we need all of those pieces in between to help.”

“With more than 125 years of experience across the electricity industry, GE is well-positioned alongside our customers to continue to lead the way and drive the future of energy,” said Vic Abate, GE senior vice president and chief technology officer and former CEO of both GE’s Gas Power and Renewables businesses. “We’re prioritizing investment in technologies to cost effectively scale renewables and to move toward net zero gas power with advances in hydrogen and carbon capture technologies. Together, the combination of renewables and gas can help lead an energy transition that enables us to achieve greater carbon emissions reductions faster compared to renewables alone.”

GE Renewable Energy is continuing to invest in technology innovations that are driving down the cost of renewable energy, a key driver of the industry’s continued growth as noted in the whitepaper. The company recently announced that its Haliade-X offshore wind turbine, the most powerful turbine in operation today, will be uprated to 13 MW as part of the first two phases of the Dogger Bank offshore wind farm in the UK.

GE continues to invest in research and development into hydrogen and carbon capture technologies in close partnership with GE’s Global Research Center—to help further advance a low or near-zero carbon footprint for gas.

GE’s Gas Power business has also signed several major customer strategic decarbonization programs including agreements with Uniper and the Long Ridge Energy Center in 2020. GE said it is pursuing multiple decarbonization pilot projects with customers throughout 2021 and 2022 for both hydrogen-fueled projects and carbon capture and sequestration technologies. Finally, GE Gas Power also announced it has joined the Carbon Capture Coalition, a nonpartisan collaboration of more than 80 businesses and organizations building federal policy support for economy-wide deployment of carbon capture, transport, use, removal and storage.