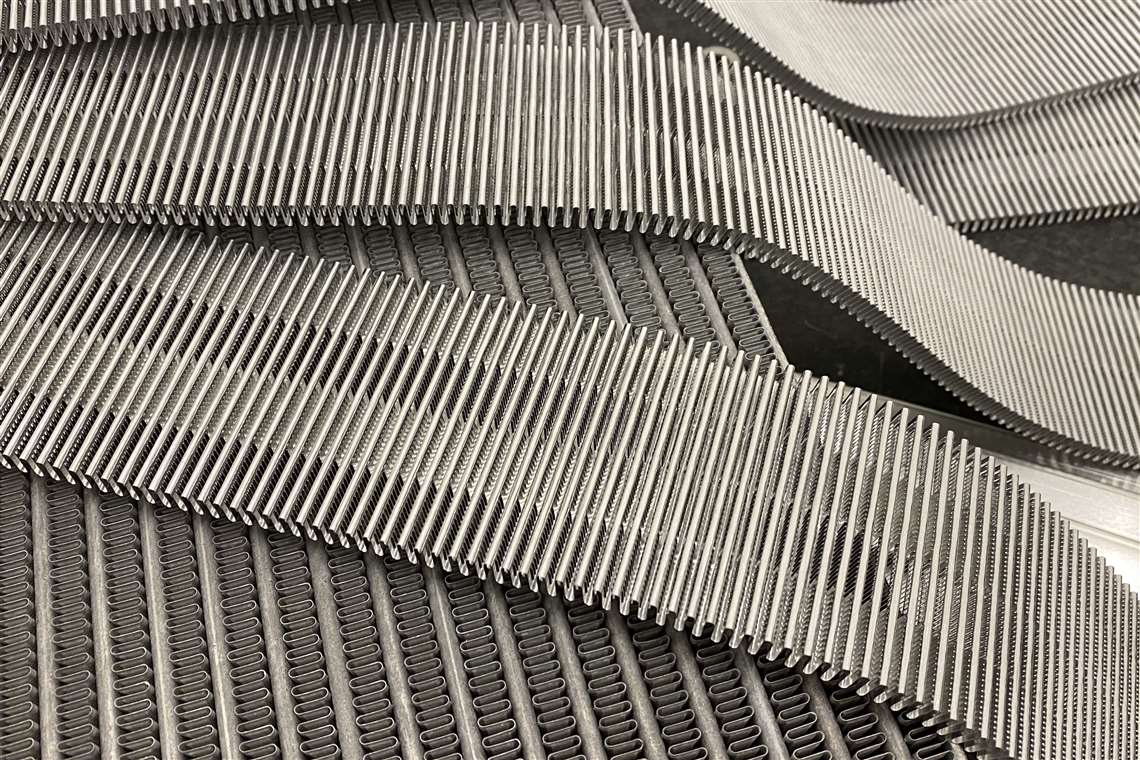 Using aluminum in heat exchangers isn’t a new idea—think of your car’s radiator. But the material hasn’t made significant in-roads in large engine applications mostly because of worries about the material’s robustness.

Now Wabtec thinks the time is right to make a big bet on aluminum’s future across multiple market segments.

The company is investing US$8 million to install two furnaces that will produce aluminum-based heat exchangers for applications that traditionally use copper brass designs, said Mike Fetsko, president of the Freight and Industrial Components Group for Wabtec.

The two furnaces will produce two types of heat exchangers for large engines that go into demanding applications—including rail, mining and oil & gas.

One furnace is currently being installed at the company’s Northampton, UK, facility. That operation already designs and manufactures a variety of cooling systems and related components, including radiators and charge air coolers. The Northampton site is one of the largest producers of industrial radiators in the world, manufacturing over 35 000 radiators a year for companies in the power generation, off-highway and construction industries worldwide.

At the company’s facility in Jackson, Tennessee, an additional bar and plate furnace will be installed this year to enable the company to produce what it calls the largest single-piece aluminum core in the market. The product will be well suited for rail, mining, oil & gas and the marine auxiliary markets.

Sprenger said the difference in the two types of heat exchangers has much to do with the geometry of the core. The bar and plate process uses a heavier gauge of aluminum and the sectional design in the UK is tube and fin, so that would look more conventional is terms of seeing individual tubes and individual fins. There are different geometries of heat transfer surfaces as well. Sprenger declined to delve too deeply into the technical differences. 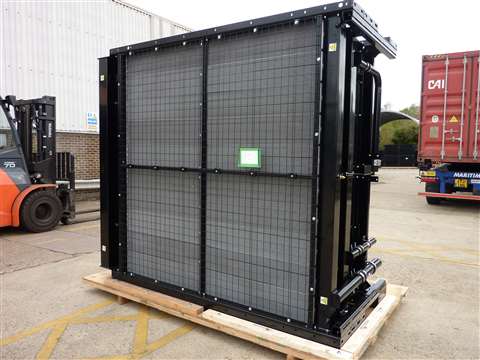 Wabtec is investing US$8 million to install two furnaces that will produce aluminum-based heat exchangers for applications that traditionally use copper brass designs. (Image: Wabtec)

“That’s part of the intellectual property—the secret sauce that we’ve been working on and developing internally to optimize the heat transfer surfaces to get the cooling we need in the applications we need,” Sprenger said.

In the early 1980s, copper brass made about 95% of the radiator market for passenger vehicles in North America. Since then, mostly to satisfy environmental considerations and to improve fuel efficiency through weight savings, aluminum has become the go-to material for radiators and other components including heater cores, condensers and evaporators.

But for heavy-duty applications, aluminum was often considered too delicate. Yet aluminum does have advantages, Fetsko said, noting it’s less expensive than copper brass designs and can be more easily recycled.

“Overall they’re more eco-friendly,” he said. “That’s not to say we’re going to discontinue our copper brass technology, it just allows us to be more well-rounded, to offer a better product suite—basically whatever our customers want.”

Sprenger, who’s been in the industry for more than 30 years, said there’s been a trend toward higher power nodes across nearly all markets and applications.

“What we’re seeing in the marketplace—where our solution is going to be good for our customers—is the power outputs for these diesel and gas engines continue to go up in terms of horsepower output,” Sprenger said. “Twenty, 30 years ago, a big power node was 2 MW—now it’s 4. We’re bringing this aluminum technology to market to handle these higher outputs and at the same time getting a more cost-effective solution for our customers.”

Moving into the future

Wabtec sees the investment in aluminum technology enabling the company to grow into other market segments as well, Fetsko said. While the first market for the technology will be the higher power nodes, the technology can be branched out.

“We’re really able to capture a segment of the market that copper brass probably can’t, cost-effectively,” Fetsko said. “So we see ourselves as able to handle the highest outputs as well as now successfully a market to smaller power modes…so we see this as expanding our market base as well.”

It also aligns with the company’s goal of being more of a “one-stop shop” for its customers.

Fetsko said that over the past 10 to 15 years, the company has made several acquisitions in the turbocharger market, including Napier in the UK and California’s Turbonetics. Napier focuses on turbochargers for high horsepower engines—roughly 4000 to 17 000 hp—in the marine and power generation markets. Turbonetics customizable turbochargers support engines in 100 hp to roughly 2000 hp range.

“We now have a full suite of industrial turbos as well, from much less than 1000 hp to very large applications in marine and power gen where you’re talking 15000 hp plus,” Fetsko said. “What we’re looking to do is duplicate a strategy we’ve had in our freight car and locomotive business where Wabtec has a full suite of products that we go in and sell to a Class 1 railroad and now we will do that same to an industrial customer.

“That goes from heat transfer equipment to turbochargers and even elastomer products—that’s where we’re really looking to grow and I think these aluminum furnaces are a huge step in that direction, it will allow us to give customers a more well-rounded product offering for any industrial application that they have,” Fetsko said. 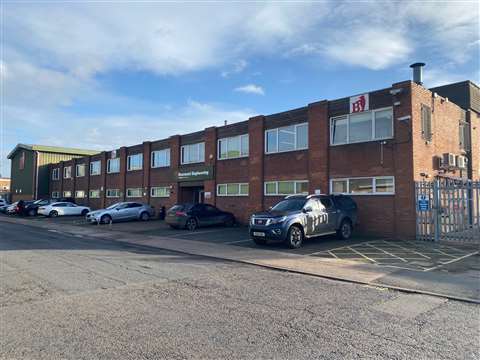 The company offers heat transfer solutions to a range of markets and applications. Its Unifin brand, for example, supplies products used for cooling power generation equipment, including lube oil coolers, generator hydrogen coolers and bearing oil coolers. Its Thermal Transfer brand manufactures industrial heat exchangers for niche markets such as steel. The new aluminum furnaces can be used in those applications as well, Fetsko said.