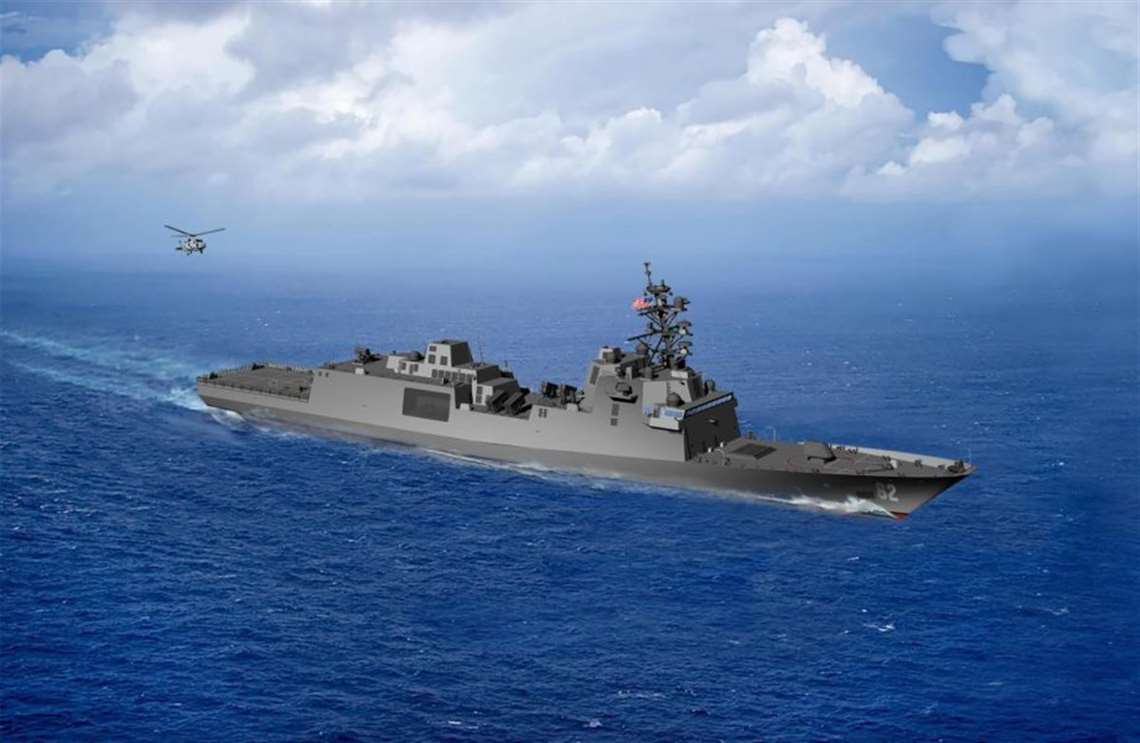 The new U.S. Navy Constellation class is based on Fincantieri’s FREMM design already in operation onboard the Italian Navy Carlos Bergamini class frigates (10-ship program). “The U.S. Navy frigates will feature the GE LM2500+G4 gas turbine in a COmbined Diesel eLectric And Gas turbine (CODLAG) propulsion system,” said Kris Shepherd, vice president and general manager of GE Marine. “The FFG 62 marks the initial U.S. Navy use of the LM2500+G4 engine. To date, 37 LM2500+G4 gas turbines have been chosen for surface combatants and two for commercial marine ships, as well as more than 1100 of these engines operating worldwide in industrial settings. The U.S. Navy will benefit from Fincantieri’s low-risk, proven ship design powered by GE’s reliable LM2500+G4 gas turbine.”

The LM2500+G4 gas turbine for the new class of frigate is certified to a U.S. Navy rating of 30.3 MW (U.S. Navy standard day). GE will ensure the gas turbine and all associated auxiliary equipment is to specification compliance and fully integrated with the propulsion plant.

The LM2500+G4 will be supplied in GE’s composite gas turbine module. One of the most important design features of this new module is that it provides a safer environment and improved access for sailors. By using lightweight composites versus the steel enclosure predecessor, wall temperatures are 25-50o F, cooler so there is less heat rejected into the engine room, the company said. GE also offers water mist fire suppression capability to the composite enclosure. The LM2500+G4 engine will be made in the U.S.A. at GE’s manufacturing facility in Evendale, Ohio.

The LM2500+G4 marine gas turbine was introduced in 2012 with the commissioning of the French Navy’s FREMM multipurpose frigate Aquitaine (also a 10-ship program). Since then, the LM2500+G4 has been selected for the Italian Navy’s FREMM frigates and Pattugliatori Polivalenti d’Altura (PPA) multipurpose offshore patrol ships; the first of seven PPA’s will be commissioned in 2021.

The LM2500+G4 fleet of naval and industrial engines has logged more than 4.5 million operating hours. This proven operational record can be traced to GE’s continual technology infusion. The LM2500 family of engines have significant commonality, as all are two spool engines. The LM2500+ and LM2500+G4 differ from the LM2500 in that they have a zero-stage high pressure compressor blisk; and each have technical improvements to allow for increased air flow (22% and 33% greater air flow at ISO from the LM2500, respectively) and higher firing temperatures.