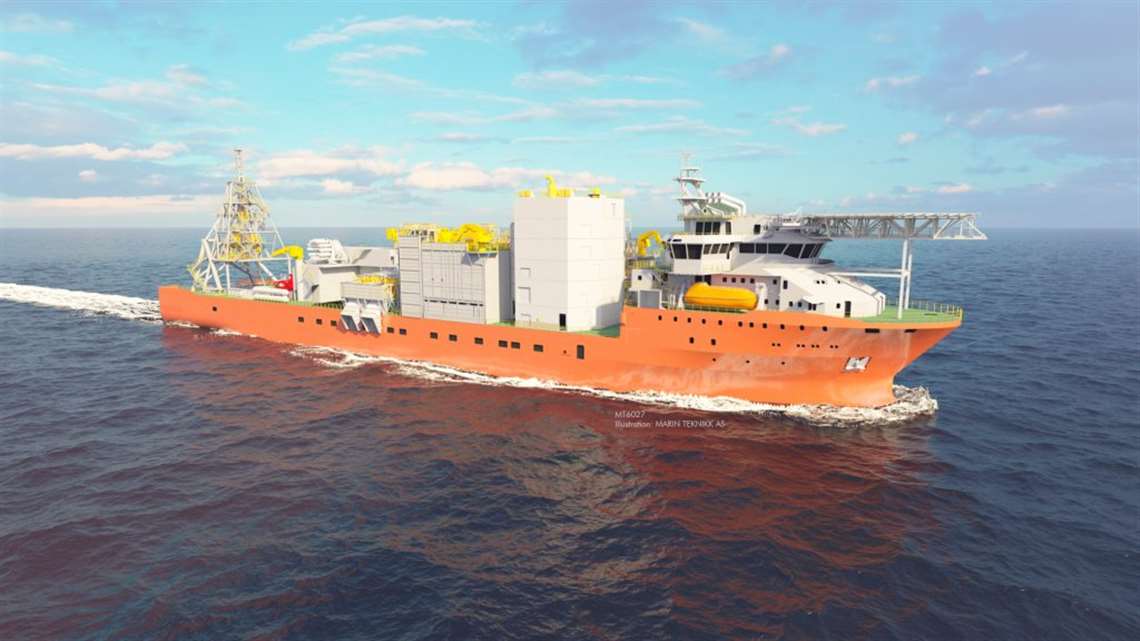 ABB will supply an integrated power system package for the world’s largest diamond recovery vessel being built by Damen Shipyards Mangalia on the Black Sea in Romania.
With a total cost of US$468 million, the vessel is the largest single investment ever made in the marine diamond industry, ABB said in a news release. It deploys advanced subsea crawling – a technique for recovering diamonds from the seabed. The newbuild will be delivered to Debmarine Namibia, a joint venture between the government of the Republic of Namibia and De Beers Group, in 2022. De Beers Group is the world’s leading diamond company.
Namibia has the richest known marine diamond deposits in the world, with Debmarine Namibia extracting some of the highest quality diamonds available anywhere from water of between 90-150 m deep off the southwest coast of the country. Traditionally, onshore along the coastline of Namibia, diamond mining is done in open-cast mines, however, with the land-based output in Namibia expected to run out in 15 years, offshore mining is on the rise.
The new 177-m ship has been designed by Norwegian naval architects Marin Teknikk. It will become the largest ship in the owner’s fleet, exceeding the size of Debmarine Namibia’s current largest vessel, the Mafuta, by 8000 tons displacement. It is expected to increase the shipowner’s annual production by 35%, contributing an additional 500 000 carats to today’s production levels.
The offshore mining specialist has previously installed ABB’s power systems onboard the SS Nujoma (SSN), Debmarine Namibia’s deep-water diamond exploration and sampling vessel.
“The success of the SSN, with high reliability, efficient positioning and low fuel consumption coupled with safe operation, was instrumental in selecting the same systems for the new diamond recovery vessel, with ABB’s power systems being and integral part of the solution,” said Michael Curtis, who is heading the newbuild project for Debmarine Namibia.
In addition to the advanced system for power generation, distribution and variable speed drive propulsion systems, the solution includes a large online double-conversion marine uninterruptible power supply (MUPS) to support the ship’s vital control processes, significantly reducing the risk of critical power loss and downtime. ABB’s MUPS is designed for undisrupted availability, ensuring power backup for the vessel’s onboard control systems of the subsea-crawler and processing plant that sorts through sediment lifted from the seabed to extract diamonds. ABB’s advanced and tightly integrated power system will help optimize engine loading, as well as reduce running hours and fuel costs, and decrease maintenance needs.
“ABB is trusted globally as a leading technology company capable of delivering solutions for advanced and complex custom-built vessels. We are delighted to be working with them as part of a landmark newbuilding project for both companies,” said Mark Vermeulen managing director Damen Offshore & Transport.
“This is a truly special ship, packed with sophisticated technology, and a project demanding an especially close relationship with the customer to ensure that optimal solutions were delivered for exact specifications,” said Juha Koskela, Managing Director, ABB Marine & Ports. “We are thrilled to see that the team behind this advanced vessel recognizes the benefits of efficiency, safety and uptime available through integration. This success is also consistent with growing traction for ABB’s electric, digital and connected solutions across an increasing number of vessel types and operational profiles.”