Irsching 6 is one of the first emergency plants in Europe, designed to ensure the stability of the electricity grid, as it can compensate for any fluctuations characteristic of renewable energy. The heart of the plant, the 300 MW AE94.3 gas turbine and its generator, were built by Ansaldo Energia at its plant in Genoa and have been delivered to the site and will soon be installed on their foundations.

“The start of the Irsching plant and the fruitful collaboration with Uniper shows that Ansaldo Energia, with its expertise and products, is a reliable partner at European level in the energy transition scenario,” said Claudio Nucci, Ansaldo Energia’s CEO. “Our turbine is able to enter into service quickly in an effective way to avoid blackouts in case of instabilities to the power grid, ensuring its operational continuity.” 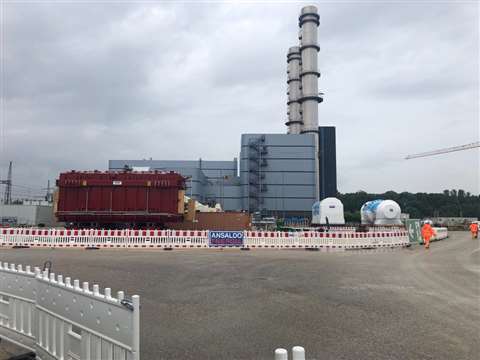 The Irsching 6 is a 300MW natural gas-fired power project under construction in the Bavaria state in southern Germany.

Ansaldo Energia’s customer for the Irsching 6 plant is Uniper. The companies said the project has been successful so far despite the several and clear difficulties caused by the pandemic still ongoing, whose start nearly coincided with that of the project in March 2020. The completion and commissioning of this strategic plant are expected by September 2022.