Bergen Engines, the Norwegian power solutions provider, has entered a sales and service partnership agreement with Motor Services Hugo Stamp Inc. (MSHS) to support its marine and land service products in both North and South America. 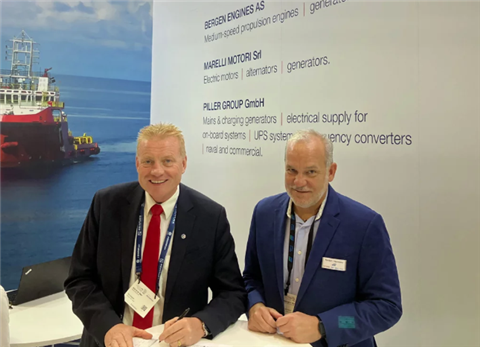 The agreement between Bergen Engines and MSHS was formally signed during the MMS trade fair at Hamburg Messe this week. This is the first of several new partnership deals Bergen Engines is expected to sign under its new ownership.

“The Bergen Engines group is confident this agreement will be an important step to ensure our customers a world-class service to our engines and gensets, wherever in the Americas they operate,” said David Miller, managing director of Bergen Engines Inc.

“MSHS is proud to partner with Bergen Engines,” said David A. Santamaria, CEO of MSHS. “We are excited to align with a world-class brand that shares our commitment and values.”