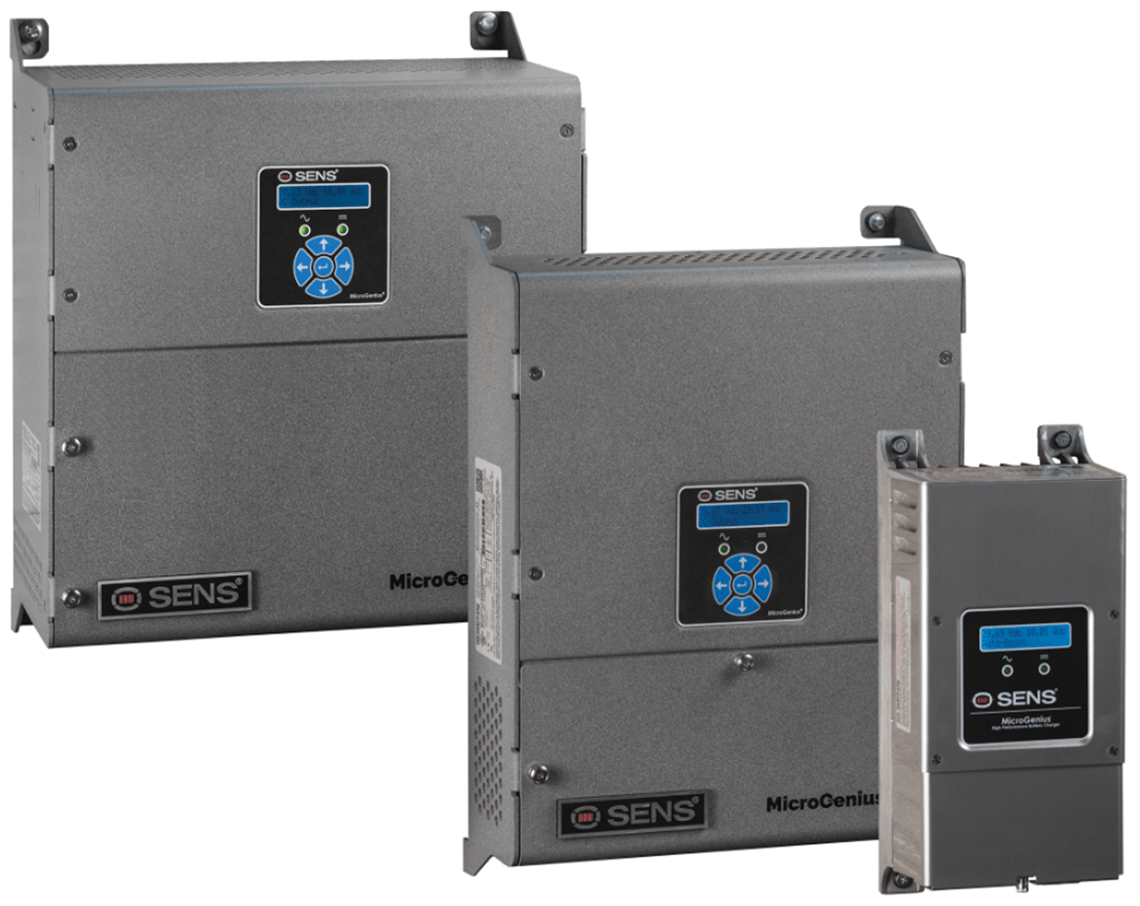 When it was introduced in 2016, the MicroGenius 2 battery charger was the most successful product launch since Stored Energy Systems, LLC (SENS), was founded in the 1970s. Designed for the engine-generator starting, industrial reserve power and marine markets, the company called the product a “new generation of mission-critical battery chargers,” being smaller and lighter than previous models while remaining rugged and reliable. Another selling point was the chargers could extend the life of most gen-set starting batteries.

This year, the company introduced more powerful models in the product family called MicroGenius S2 and S4. The company said new models are the only chargers larger than 15 amps to be UL certified for emergency generator duty.

“These higher-powered units offer a similar value proposition as the MicroGenius 2, which is dependability in a package that delivers more power in less space,” said Bill Kaewert, chief technical officer, SENS, Longmont, Colo. “We think these advantages make these products a great fit for the onsite power, reserve power and marine sectors.”

The company also released a keypad-enabled MicroGenius 2 battery charger that permits users to control functions from the front panel. The keypad-enabled charger also includes a new “battery check” feature, which the company said is ideal for stationary battery applications with a constant dc load. It regularly assesses whether connected batteries are capable of powering the dc load. These functions were previously available only in the larger SENS EnerGenius IQ charger.

The chargers use digital signal processing to implement advanced charging algorithms to control the charging of conventional batteries, including the company’s Dynamic Boost and High Efficiency Life Extending (HELIX) technologies.

Dynamic Boost recharges batteries in the shortest possible time, the company said, while minimizing the risk of overcharging. It automatically modifies charging in response to changing dc loads, battery state of charge and condition, temperature and other factors.

HELIX charging technology can double the life of gen-set starting batteries and reduce chance of catastrophic battery failure, the company said. Starting batteries in gen-sets typically survive about half as long as they would in mobile equipment.

“HELIX will radically reduce early failures of genset starting batteries,” said Kaewert. “We have developed generator battery chargers that nearly double the life and reduce the risk of a catastrophic failure of batteries that are kept on a float charge on generator sites.

“Starting batteries were not designed to be charged around the clock. When those batteries are used to start generators, they are charged 24/7 as required by code. With HELIX, we have found a way to simulate the charge duty cycle the battery was designed to handle, giving it intermittent charging as it would be in a car or other vehicle but without turning off the charger.

“The service life of gen-set batteries will approach or exceed that of lightly used automotive batteries. Just as important, battery performance will gracefully decline, rather than failing suddenly without warning. Sudden battery demise has historically caused more than 80% of gen-set failures.”

All models in the MicroGenius genset starting charger product line meet California Energy Commission (CEC) efficiency standards, required for all chargers sold into California beginning Jan. 1. Oregon has similar standards. The chargers operate at a peak efficiency of 93% and use less than 3.0 W when in standby mode, saving enough power over a typical lifetime to pay for themselves, the company said. The chargers also meet a long list of other standards for performance and safety.

With models UL-rated to 60o C, the MicroGenius 2 has a diecast chassis for convection cooling without the use of fans. Electronics are protected from corrosion with high-grade conformal coating.  Their UL-classified rainproof enclosure means they can deliver IP22 / NEMA 3R protection and do not need drip shields to protect them from dripping water, SENS said.

Industry standard Modbus and J1939 communications are standard on all models for easy connection to building automation systems and gen-set controllers, the company said.