Although the use of coal for power generation has been in decline--over the last 20 years, more coal-fired power plants have been retired or shelved than commissioned—there have been pockets of growth globally. Steam turbine manufacturers, most notably GE Power and Siemens, have said they won’t take on new business to supply coal-fired powered stations.

South Korea, Japan and China are responsible for more than 95% of all foreign financing for coal plants, with China accounting for 55% of the world’s pre-construction pipeline (163GW), in addition to hosting over half of the world’s operating coal fleet, according to environmental group E3E. Both South Korea and Japan have already announced cutbacks in financing such facilities.

According to the International Energy Agency (IEA), global coal demand declined 4% in 2020, the biggest drop since World War II. The main driver of the decline was lower electricity demand owing to Covid‑19 restrictions and the resulting economic downturn. Preferential dispatch or use of renewables in many markets squeezed gas and coal in the electricity mix. Lower gas prices saw significant fuel switching away from coal, particularly in the United States and the European Union, where coal use for power fell 20% and 21%, respectively. Overall, declines in the power sector accounted for over 40% of lower global demand in 2020. The Covid‑19 pandemic also affected industrial output, notably steel and cement, further lowering coal demand. 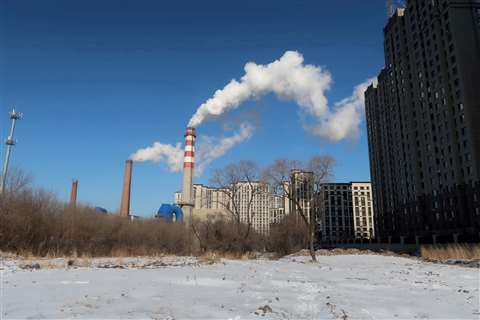 “The power sector accounted for just over 40% of the drop in coal use in 2020, but the rapid increase in coal-fired generation in Asia sees it account for three-quarters of the rebound in 2021,” the IEA said in a report earlier this year. “Gas prices are also expected to rise in 2021, leading to some switching back to coal, notably in the United States and the European Union.”

The growth of coal consumption in 2021 is a continuation of the rebound in global coal demand that began in the final quarter of 2020.

Xi did not say anything in his speech General Assembly about China’s coal plants at home. It is building the largest fleet of coal-fired power plants within its borders, and most of its electricity still comes from coal. The Chinese coal power fleet (including combined heat and power, or CHP, plants) represents around one-third of global coal consumption, according to the IEA. The future of both Chinese and global coal demand depends on the Chinese electricity system.