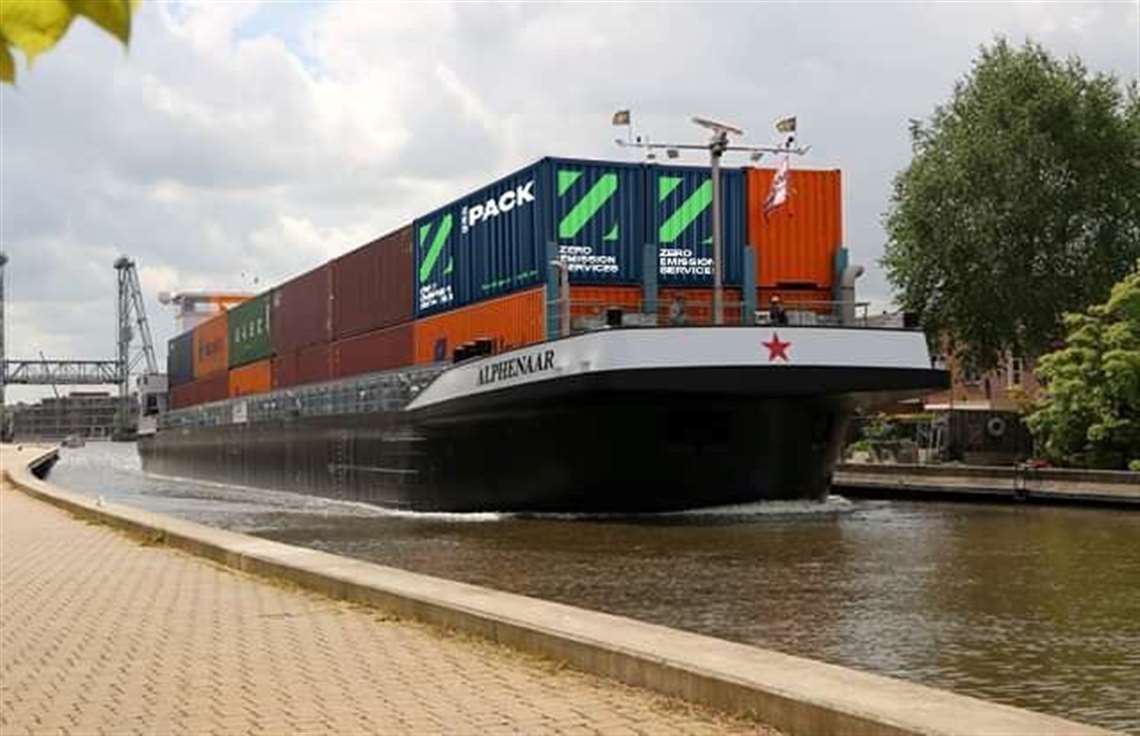 The other founders of ZES are ING Bank, energy and technical service provider Engie, and the Port of Rotterdam Authority. The concept is supported by the Dutch Ministry of Infrastructure and Water Management.

Within the Netherlands transport sector, inland navigation accounts for 5% of carbon dioxide (CO2) emissions. By switching from diesel-fueled propulsion to fully electrically powered transport, an important step can be taken towards realizing the Paris Climate Agreement goals, the group said in a news release.

The concept is based on the use of replaceable battery containers, to be known as ZESPacks. These will be charged using energy from renewable sources. A network of open access charging points will be set up for exchanging depleted battery containers for ready-charged replacements, thereby keeping waiting time to a minimum. The ZESPacks are designed for multiple applications, enabling them to be utilized for temporary onshore use, such as stabilizing the local electricity grid or meeting short-term demand for electrical power.

“This innovative concept aligns completely with Wärtsilä’s commitment to lessening the environmental impact of shipping. Our deep in-house know-how in maritime battery systems, shore power connections and remote connections, plus our extensive experience in serving inland waterway applications, were all key reasons for Wärtsilä to join this project and it is something we are proud to be a part of,” said Tamara de Gruyter, president, Marine Systems & Executive VP, Wärtsilä.

Initially batteries will be employed but should, for example, hydrogen become a viable alternative at some point, containers equipped with hydrogen technology could supply power in the same way, the group said.

To make it easier for barge operators to sign-on to the concept, a ‘pay-per-use’ financing model has been developed. In this way, ZES charges only for the cost of consumed renewable energy plus a rental fee for the battery container, so the operating costs remain competitive, the group said. However, vessels must be equipped with an electric propulsion line.

The project will initially be employed along the Zoeterwoude – Alpherium – Moerdijk corridor. Following this, it will be expanded to include the Amsterdam – Rotterdam – Antwerp corridor, making a connection to Nijmegen. The emphasis during the initial stage will be on converted and newly-built container carriers.

The Heineken beer company has entered into an agreement with ZES to utilize the service for transporting beer from its brewery in Zoeterwoude to Moerdijk, thus becoming the first end customer for the enterprise.