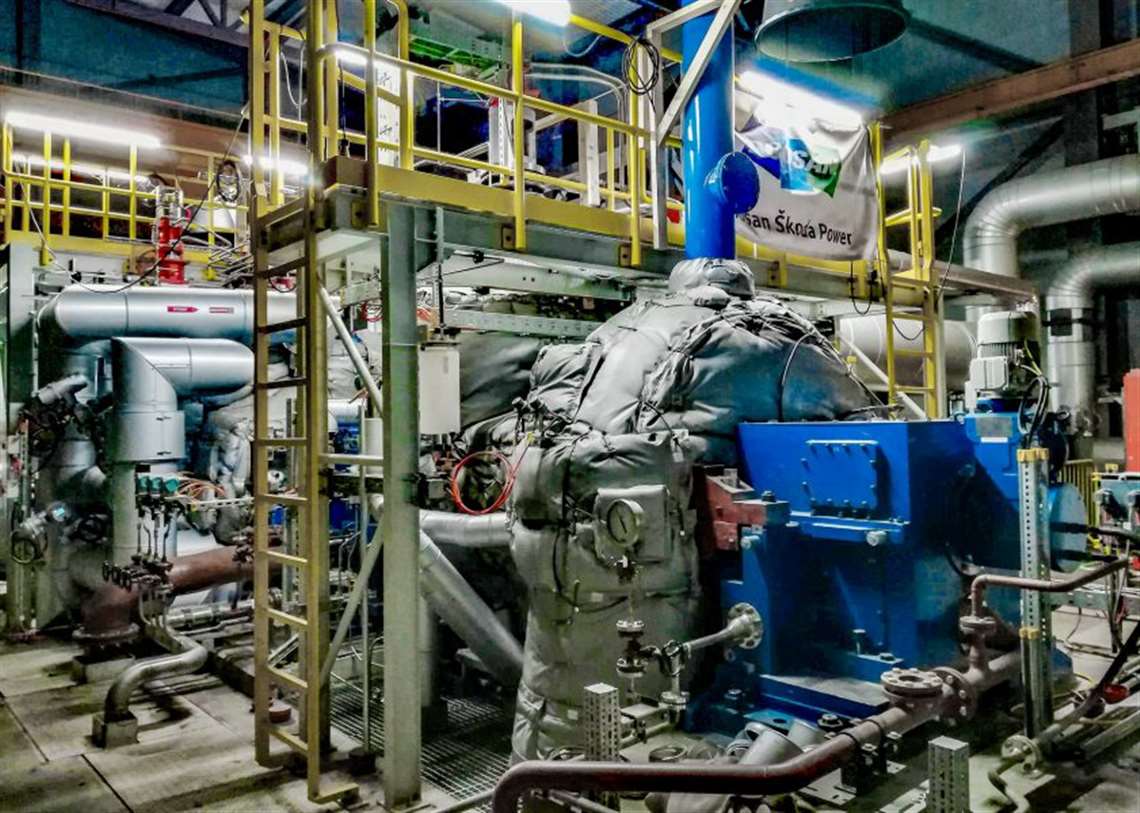 The company supplied a double casing steam turbine with flexible coupling of low-pressure turbine part and accessories. Along with generating electricity, the Doosan Škoda Power turbine will also produce heating water for the region and process steam for a nearby pharmaceutical plant.

Work on assembly began at the end of 2018 and continued through the first half of 2019. During this period, 400 technicians and assembly specialists were involved in the project. First, the crews lifted and placed the unit on the STG foundation. Afterward, they assembled the district water heaters and a covered STG to protect the equipment against weather influences. After the STG set had been placed, work continued on assembly of steel structures, piping systems, electrical cabling, field instruments, and the turbine control system. The final step of the structure’s mechanical erection was the installation of thermal insulation.

In the second half of 2019, individual parts of the work were gradually put into operation, followed by the milestone of first steam to the turbine. The first steam to the turbine was an important milestone that was reached at the end of October 2019. A month later, the whole work was ready for the first synchronization and delivery of the first megawatts to the Danish electrical grid. The trial operation was successfully completed at the end of January 2020, followed by a final performance testing, after which the customer took over the work.

“The project is part of the transformation of Asnæs Power Station to a more sustainable source of energy, in which coal will be replaced with sustainable sources such as wood chips. In addition, the turbine will supply heating water to the district and supply the process steam to a nearby pharmaceutical plant, so precise design and reliable operation of the unit are extremely important,” said Tomáš Winkler, project manager at Doosan Škoda Power.

Doosan Škoda Power is a leading global manufacturer and supplier of power plant equipment, especially steam turbine/generator sets with outputs between 3 and 1200 MW.