NZT Power, a joint venture between bp and Equinor, is a full-scale gas-fired power station fully ‎integrated with carbon capture. The project is expected to provide flexible, dispatchable low-carbon electricity to complement the growing deployment of intermittent forms of renewable ‎energy such as wind and solar. 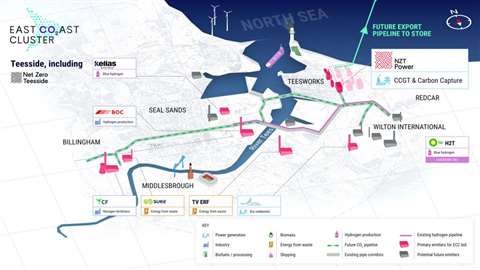 The company said the contracts represent an important next step towards the proposed development of the UK’s ‎first full-scale integrated power and carbon capture project. Investing in carbon capture, usage ‎and storage (CCUS) is a key point of the UK government’s 10-point plan for a green industrial ‎revolution, announced in November 2020.

In October 2021, the UK government selected the Northern Endurance Partnership’s East ‎Coast Cluster as one of the first two clusters be taken forward as part of its carbon capture ‎and storage (CCUS) cluster sequencing process. The Northern Endurance partnership, which ‎bp leads as operator, will provide the common infrastructure needed to transport CO2 from ‎emitters across the Humber and Teesside to secure offshore storage in the Endurance aquifer ‎in the Southern North Sea.‎

The two selected contractor groups are:

The two consortiums will each deliver a comprehensive FEED package, led from their UK ‎offices, over the next 12 months. Following the completion of the FEED process, the two ‎consortiums will then submit Engineering, Procurement and Construction (EPC) proposals for ‎the execution phase. As part of the Final Investment Decision expected in 2023, a single ‎consortium will be selected to take the project forward into construction.

“Today’s news is a clear signal of momentum within the East Coast Cluster following our ‎selection in October as one of the UK’s first two carbon capture and storage clusters by the ‎UK government,” said Andy Lane, MD Northern Endurance Partnership, said: “The Northern Endurance Partnership ‎will play a key role in the UK’s journey to net zero, by providing the transportation and storage ‎infrastructure which enables the decarbonization of a range of industries across Teesside and ‎the Humber too.”‎

The contracts also include FEED for NEP’s Teesside facilities that will gather and compress ‎CO2 from NZT Power and other regional sources and export it offshore for permanent sub-‎surface storage in the Endurance carbon store. NEP will also take CO2 captured from a range ‎of projects in the Humber region as part of the East Coast Cluster. The Northern Endurance ‎Partnership is a joint venture between bp, Equinor, National Grid Ventures, Shell and ‎TotalEnergies.

Taking emissions from both the Teesside and Humber regions, the East Coast Cluster has the ‎potential to transport and securely store nearly 50% of all UK industrial cluster CO2 emissions ‎‎– up to 27 million tonnes of CO2 emissions a year by 2035. It anticipates creating and ‎supporting an average of 25,000 jobs over 2023 to 2050, with approximately 41,000 jobs at ‎the project’s peak in 2026.

NZT Power expects to submit a bid in January 2022 for selection as part of the phase-2 of the ‎UK government’s carbon capture, usage and storage (CCUS) cluster sequencing process. In ‎October, the Northern Endurance Partnership-led East Coast Cluster was named as a Track-1 ‎cluster in the first phase of the sequencing process.

Ewan Drummond, bp’s senior vice president, projects, said: “The signing of the dual FEED ‎contracts today is the culmination of an extensive market engagement process over the ‎past 18 months, and we are excited to be working with the selected Aker and Technip UK-‎led consortiums. Our contracting strategy enables early selection of carbon capture ‎licensors and power providers along with EPC and construction contractors to minimize the ‎technology and execution risks whilst allowing each consortium to differentiate ‎themselves in their designs and execution approaches.”‎ 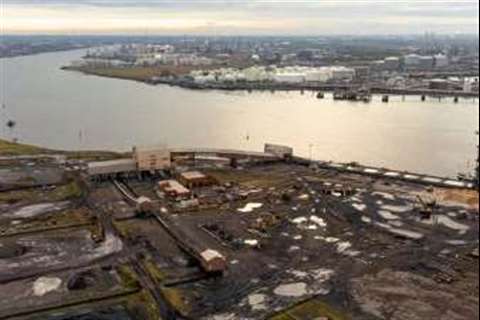