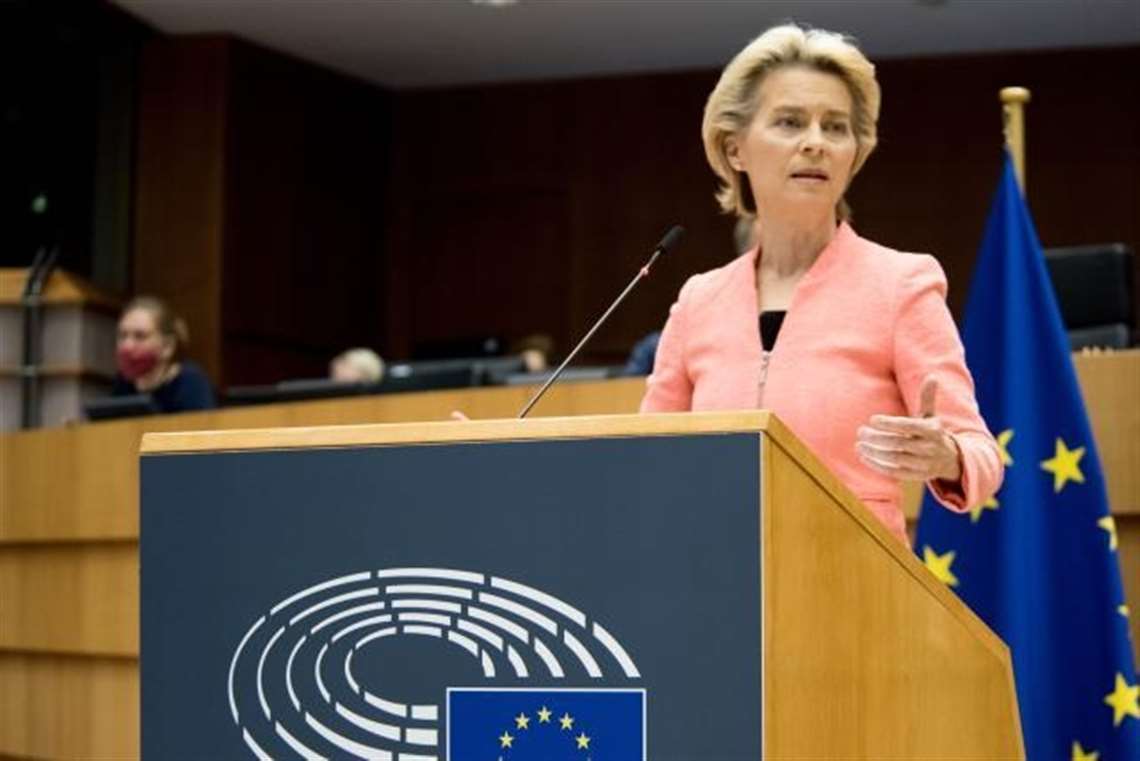 In her first State of the Union address to the European Parliament, EU Commission President Ursula van der Leyen called for accelerating the union’s target for emissions reductions.

The European Union’s top official proposed a more ambitious target for cutting greenhouse gas emissions in Europe, setting a reduction goal of at least 55% by 2030 compared to the current target of 40%. Members of the European Parliament, which represent 27 member countries, would have to adopt the proposal.

“There is no more urgent need for acceleration than when it comes to the future of our fragile planet,” von der Leyen said in her address. “While much of the world’s activity froze during lockdowns and shutdowns, the planet continued to get dangerously hotter.

We see it all around us: from homes evacuated due to glacier collapse on the Mont Blanc, to fires burning through Oregon, to crops destroyed in Romania by the most severe drought in decades.”

von der Leyen said she wants 37% of the €750 billion coronavirus recovery fund approved by EU countries to be spent on environmental objectives, adding that 30% of the fund should be raised through “green” bonds whose proceeds are meant to have a positive impact on the environment.

The EU also plans to dedicate a quarter of its budget to tackling climate change and to work to shift €1 trillion euros in investment toward making the EU’s economy more environmentally friendly over the next 10 years.

The European Green Deal is the blueprint to make that transformation, she said

“At the heart of it is our mission to become the first climate-neutral continent by 2050,” she said. “But we will not get there with the status quo – we need to go faster and do things better. We looked in-depth at every sector to see how fast we could go and how to do it in a responsible, evidence-based way.

“We held a wide public consultation and conducted an extensive impact assessment.

On this basis, the European Commission is proposing to increase the 2030 target for emission reduction to at least 55%. I recognize that this increase from 40 to 55 is too much for some, and not enough for others. But our impact assessment clearly shows that our economy and industry can manage this And they want it too.”

She said that she had received a letter from 170 business leaders and investors calling on Europe to set a target of at least 55%.