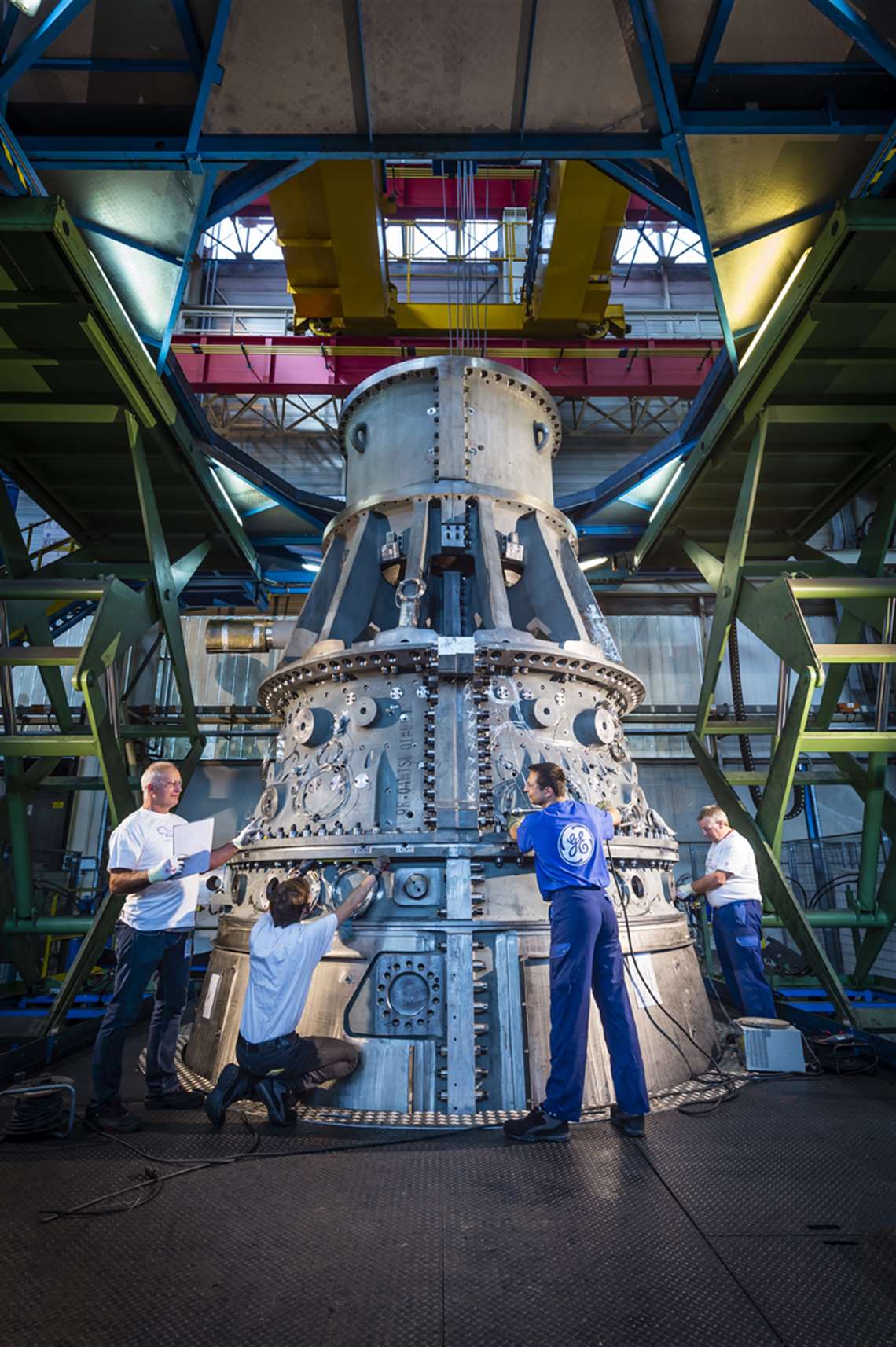 “March and April have been full of milestones for the 9EMax solution, as we put the first-ever installed unit to the test at a utility customer’s site in Asia,” said Eric Gray, general manager of Gas Plant Solutions for GE’s Power Services. “First fire is a critical test where the gas turbine is switched on and runs on fuel at the site. We completed the ‘first fire’ milestone with the unit successfully reaching full speed at no load, and it proved to deliver significantly more power and efficiency compared to current 9E gas turbine operations.”

During the testing, the first unit achieved full speed, no-load operation as well as plant-rated baseload. GE Power Services said the successful completion of the validation testing has demonstrated the 9EMax can operate as configured.

The validation test monitored and mapped the unit’s behavior at typical operating parameters. During the tests, GE Power said more than 1000 instruments were used to collect data and improve the performance of the machine. The sensors collected over 14 terabytes of data, highlighting 9EMax’s capabilities.

The new four-stage 9E gas turbine is available in three configurations. The 9E.04 is the new unit configuration and serves customers with new unit requirements. For older units that are reaching the end of their life, the 9EMax flange-to flange (F2F) solution provides the best approach to revitalize mature plants, restarting the clock on starts and fired hours, GE Power said.

For younger units, the 9EMax turbine module represents a new alternative to F2F replacements, boosting efficiency approximately 4% and output up to 145 MW with respect to the previous 9E.03 turbine module. This option also leverages existing compressor and combustion systems to increase the value of the existing assets, the company said.

GE Power said the 9EMax is able to increase turbine output up to 145 MW in simple-cycle operation and up to 210 MW in a combined-cycle configuration. It can achieve simple cycle efficiencies up to 37% and up to 53.5% efficiency in combined-cycle configuration, with maintenance intervals of up to 32,000 hours or 900 starts, equivalent to approximately four years of typical plant operation, GE Power said.

The 9EMax can operate at partial loads, which the company said makes it suitable for power producers looking to add renewables to their energy mix. It also includes an array of digital solutions to boost operational reliability, improve combustion operations and manage emissions. In addition, GE’s software solutions help offset degradation between maintenance intervals and operating challenges on hot days.

9EMax, part of GE’s Fleet360 platform of total plant solutions, was developed utilizing GE’s experience from its global fleet of more than 700 units and with insights from more than 30 million hours of operating data from its installed base, GE Power said.

“The FastWorks approach enabled us to gauge what factors customers look for most when deciding to modernize their power plants and generation equipment, and those conversations pointed to common threads — increased efficiency, additional output and flexibility,” Gray said.

The system was developed by a team of 300 GE employees working concurrently at facilities around the world. GE engineers in the U.S. developed the first two stages of the turbine and then passed the work off to a GE team in Poland which developed the second two stages. At the same time, a GE group in India was working on all the data analysis, and GE personnel in France led the manufacturing.

Gray said that “using FastWorks ultimately reduced the time to completion by 25%, from four years to three years.”