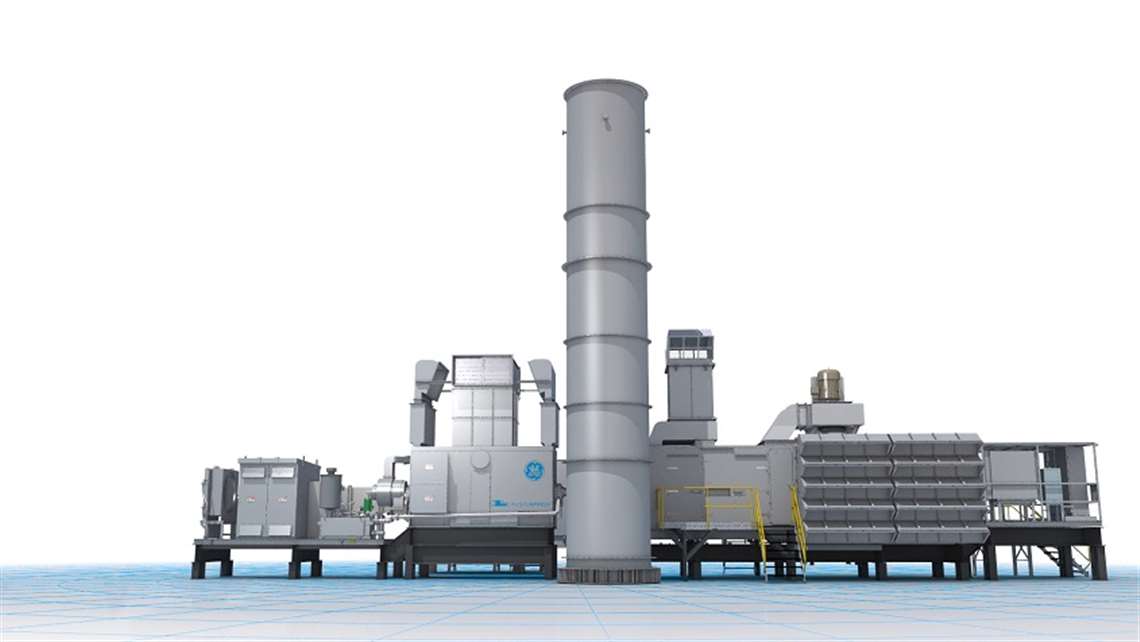 GE said it secured an order from RWE Generation for 11 units of its LM2500XPRESS power plant technology to build a gas-fired grid reserve plant in Biblis, Germany.

GE’s new LM2500XPRESS power plant is built comprising 11 GE LM2500 aeroderivative gas turbines, generators, fuel supply system, grid connection and auxiliary equipment. It is 95% factory assembled into simplified modules for fast and easy site installation. RWE’s new 300 MW plant will be built just south of the company’s current nuclear power plant site in the region. The plant will not be available to the open electricity marketplace; instead, it will only be operated upon the request of system operators to help ensure grid stability with high efficiency.

GE’s LM2500XPRESS power plant is built on GE’s proven LM2500 aeroderivative gas turbine technology. With more than 2500 units sold and more than 97 million operating hours, GE’s LM2500 is the top-selling aeroderivative gas turbine globally. The LM2500XPRESS can be installed in as little as two weeks with a minimal crew. Its plug and play nature provides flexible power where it is needed quickly and efficiently. It’s available in both simple and combined cycle configuration, for 50 and 60 Hz utility providers. In simple cycle configuration, it delivers 34 MW and achieves up to 39.5% of efficiency. In a combine cycle configuration, it delivers up to 47 MW with up to 54.4% of efficiency.

The country is generating record amounts of renewable energy in the north, but its grid is challenged to transport all the power down to load centers in the south and it repeatedly faced critical situations, with imports arranged on short notice from surrounding countries required to stabilize the grid, GE said.

“The use of renewable energy sources is continuously being expanded in many countries around the world, but the grid infrastructure still requires highly efficient gas turbine technology to stabilize and support these variable technologies,” said Aman Joshi, Senior Global Sales director for the Aeroderivative business at GE Gas Power. “The rapidly progressing energy transition presents system operators and energy suppliers with the increasingly difficult task of continuously ensuring stability of the grid. GE continues to invest in new technologies, such as the LM2500XPRESS power plant, as we consider renewables and gas power complementary. The combination of five-minute fast start with cycling and load following capabilities is ideal to help support grid stability and we’re excited to bring it to Biblis to help RWE to provide a reliable supply of energy.”

The compact LM2500XPRESS units for this project will be manufactured at GE Gas Power’s Manufacturing Excellence Center in Veresegyhaz, Hungary.

“We are delighted that we were awarded the contract for the Biblis site,” said Roger Miesen, CEO of RWE Generation. “The excellent existing infrastructure there and our reliable and flexible concept for the plant have won out. We will thus be able to make an important contribution towards security of supply in Southern Hesse. “We have a long-standing relationship with GE and we’re proud to work together to install the world’s first LM2500XPRESS.”

The gas turbine power plant is to be constructed next to the existing Biblis nuclear power plant and is expected to come into operation in late 2022.