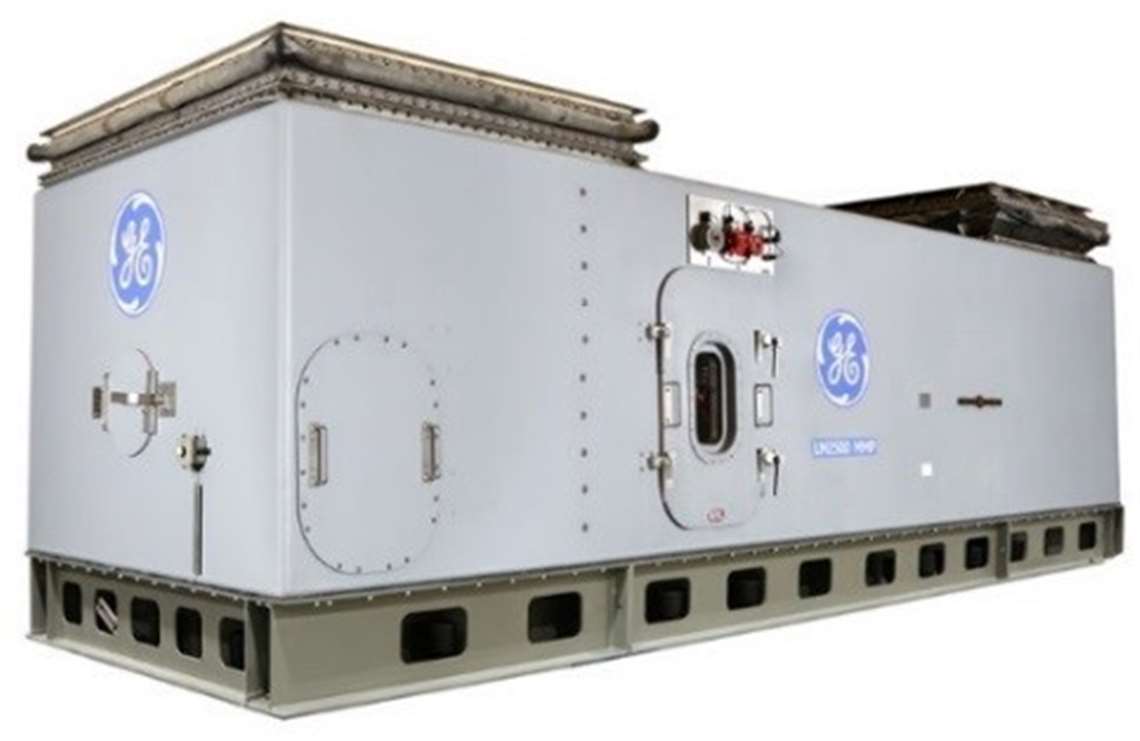 This new module, which was fully certified by the United States Navy in 2019 after receiving MIL-S-901D shock qualification, provides a 5500-lb. weight savings (50% wall weight reduction) and a 60% quieter enclosure, GE said.

Austal USA recognized the unique attributes of this new composite module design by bestowing GE Marine with its Austal Supplier Innovation Award in 2018.

“One of the most important design features of this new module is that it provides a safer environment and improved access for sailors,” said Kris Shepherd, vice president and general manager, GE Marine. “By using lightweight composites versus the steel enclosure predecessor, wall temperatures are 25oF to 50oF degrees cooler so there is less heat rejected into the engine room.”

Changes to the LM2500 system include the composite module, components, and fewer shock mounts for weight reduction, all while leveraging the experience and loadings from previous LM2500 shock tests with running units, GE said. Components such as sensors, transducers, ice and flame detectors and the heater also were updated.