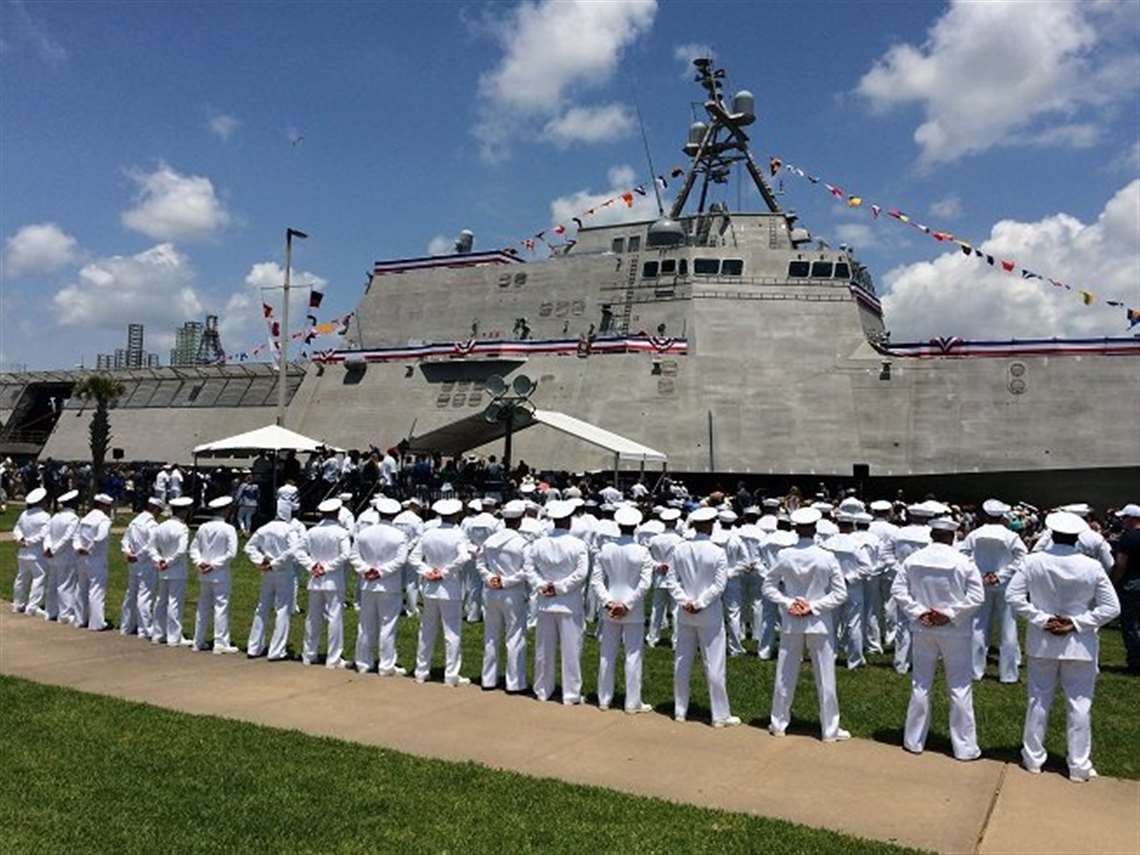 “This is the fifth such LCS in a 10-ship Independence–variant ship program with Austral USA that uses our LM2500—the world’s most reliable marine gas turbine. The two LM2500 engines are arranged in a combined diesel and gas turbine or CODAG configuration with two diesel engines,” said GE’s Brien Bolsinger, vice president and General Manager, Marine Operations.

GE marine gas turbines can be applied in a variety of propulsion configurations so naval architects have the design flexibility to best match speed, endurance and mission payload requirements.  To date, the U.S. Navy — GE’s largest marine gas turbine customer — has taken delivery of over 700 LM2500 engines operating aboard surface combatants such as frigates and destroyers.  Worldwide, more than 1,400 GE gas turbines log over 15 million hours serving 35 navies on 500 naval ships for 100 military ship programs ranging from cruisers, patrol boats and corvettes to frigates, amphibious ships and aircraft carriers.