13 Independence-class LCS have been delivered

GE is providing 20 LM2500 gas turbines to Austal USA for LCS Independence ships up to LCS 38. Thirteen Independence-class LCS have been delivered to the U.S. Navy with five more under construction at Austal USA’s Mobile, Alabama, facility. An additional ship is under contract waiting start of construction. All 19 LCS will include two GE LM2500 gas turbines as part of the power plant allowing the ship to reach speeds in excess of 40 knots, making the LCS one of the fastest ships in the fleet. 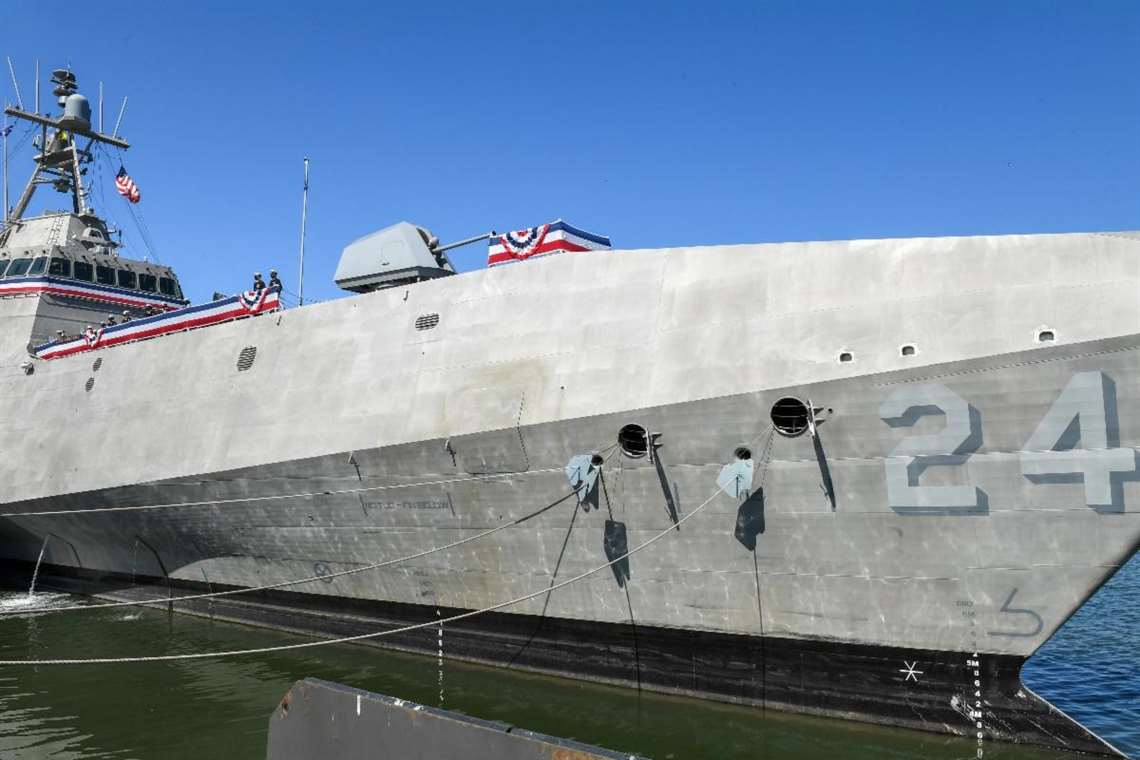 Shown is the USS OAKLAND during its commissioning ceremony at the Port of Oakland, California. The Independence-variant LCS uses two GE LM2500 gas turbines that allow the ship to travel at speeds in excess of 40 knots.

The commissioning for the Independence-class LCS 24 was held at the Port of Oakland, California. The ship is assigned to the LCS Squadron One nearby in San Diego, with antisubmarine warfare as its primary mission.