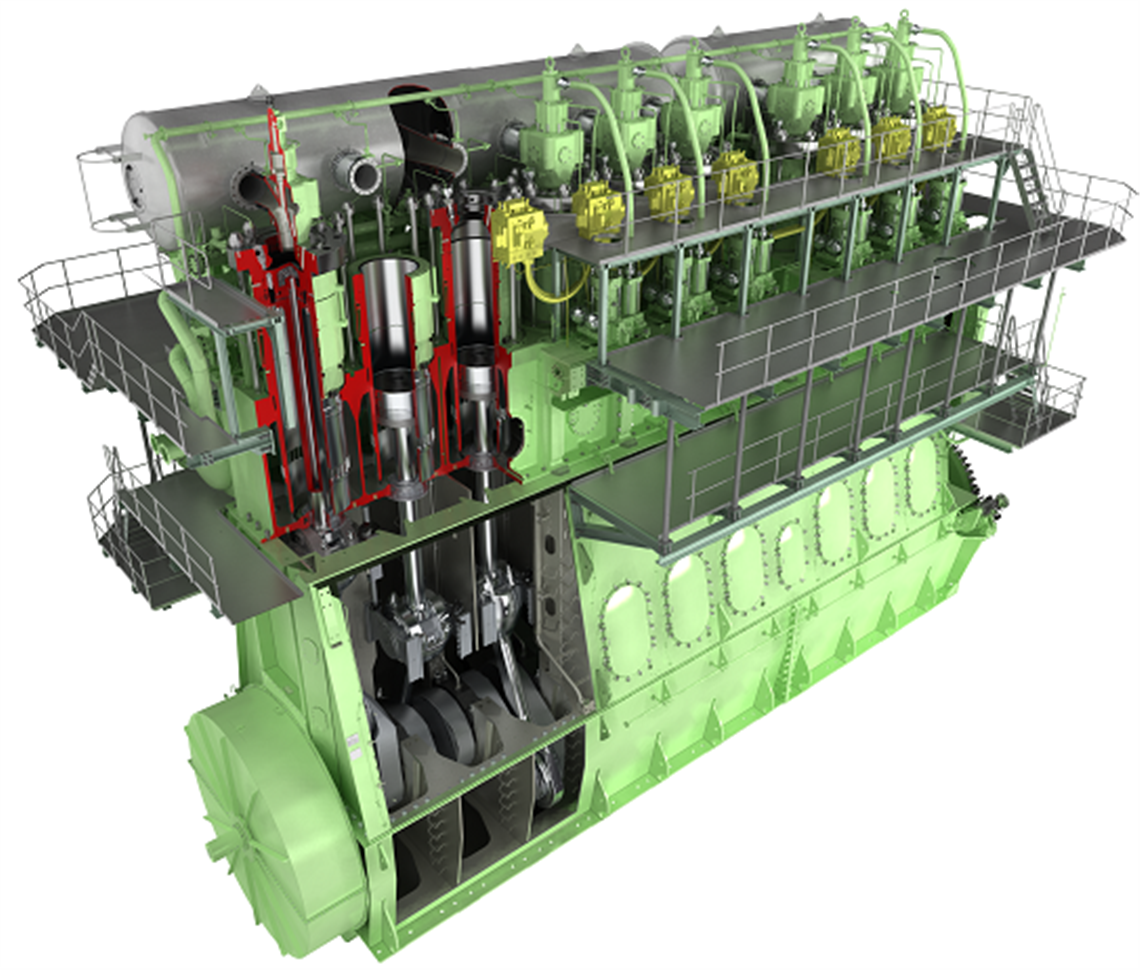 In today’s shipping industry, with tightening emission regulation and the unstable and volatile nature of fuel prices, it can be extremely difficult to predict and prevent the risks associated with future operation of a vessel. Over the years, heavy fuel oil has clearly been the cheapest option and while there have been price fluctuations, with relatively simple operational or technical measures it has been possible to compensate for such fluctuations during the operating life of the vessel.

The implementation of MARPOL Annex VI (14.8) from Jan. 1 of last year regarding operation on fuels containing less than 0.1% sulfur in emissions control areas (ECAs) has forced many marine owners and operators to make their own investigations into economic feasibility of alternative fuels.

This has given rise to a renewed interest in alternative fuels, particularly natural gas, which has become increasingly available in the liquefied form, LNG. The cost of gas fuel has also been reduced due to increased global production. One general factor behind the development of the gas market is political and financial initiatives for increased funding of the construction of LNG bunker stations within ECAs.

The investment required for bunkering of LNG onboard and the consequent use of natural gas for propulsion can be prohibitively expensive and as the volatile fuel prices dictate, any business case can be broken down. Therefore, a compromise is emerging in the marine industry, whereby the vessel can be considered “gas ready” without requiring full investment in LNG bunkering or gas operation. This concept allows the owner or operator to upgrade the vessel to operate on gas by implementing all the relevant requirements for gas operation performed at the design stage.

MAN Diesel & Turbo is now introducing its gas-ready solution, where at the early design stage of a vessel, the complete gas fuel system from the docking point to the gas inlet at the main engine is taken into consideration. This starts at the LNG bunker station and follows the whole process to the gas inlet on the main engine. The gas auxiliary systems of the vessel must be studied and full compliance with international safety codes for ships using gas fuel must be applied and guaranteed.

“It is ultimately the ship designer’s responsibility to ensure full compliance with the IGF code and any additional classification society requirements and every detail in this chain must be considered when designing the vessel,” said René Sejer Laursen, promotion manager, MAN Diesel & Turbo. This includes, he said “the selection of a main engine, which can cope with gas fuel from start of the operation or being prepared for an easy conversion to gas operation at a later stage of operating the vessel.”

If the LNG bunker station on the vessel’s route is expected only after five years of the vessel entering service, it is likely to be more economically feasible to initially have the vessel gas ready. The alternative is a complete gas system installed on board and lying idle in the period until the LNG bunker station is completed. That would mean accepting high investment cost years ahead requirements. With a gas-ready vessel the full conversion to gas operation could take place at the first major docking.

“As many of the charters are for short-term, variable routes, it makes it rather difficult to predict the availability of the fuel,” said Sejer Laursen. “Taking into consideration that most LNG bunker stations are currently under construction and not available within the next five years, it is easy to see the attractiveness of the gas-ready solution.”

“Since the GI concept is already class approved, all ME engines can be considered ‘gas ready,’ as the GI is simply an add-on to the existing engine,” said Sejer Laursen. “In order to convert an ME engine to an ME-GI engine, certain mechanical and electrical components for gas operation need to be installed and the software enabled.”

As the most expensive item in the LNG package is the tanks, it is not expected that the LNG tanks will be installed in the new build. Typically, the vessel is made ready for a tank installation at a later stage, including a plan for the installation. The LNG tank will also have a major influence on the vessel design and will require some relatively detailed investigation as to the size, arrangement and location of the tank or tanks at the early design stage.

“For the planning of a gas-ready vessel it would be wise to select an independent pressure LNG tank,” said Sejer Laursen. “Such a tank does not need to involve design integration into the actual vessel design form itself.”

The location and arrangement of the ship’s bunker station will also need to be included in the initial design, Sejer Laursen said. It may be required to specify in detail all the piping and equipment used in the bunker station.

When designing the bunker station, one of the key factors is the filling capacity requirement. This needs to be matched with both the bunker barge or terminal, and the amount of time the vessel has to bunker. Moreover, it is important to consider the allowable LNG tank pressures on board the vessel and how this will affect the LNG bunkering process.

The second most costly auxiliary system is the fuel gas system (FGS) system and it is expected that this will also be installed at a later stage. The FGS is typically delivered on skid modules, which vary in size, mass and contents, depending on the supplier. However, the principal components of the fuel gas system comprise of a high-pressure pump, high pressure vaporizer and a glycol water system.

A typical layout of the FGS system shown here will likely be similar regardless of the supplier, as the delivery conditions will already be specified for the actual engine.

“The main engine has to be decided on from the very start of the ship design and considering our ME-GI engine, it is clearly capable of operating on conventional fuel oil or gas fuel, depending on the operator’s fuel preference,” said Sejer Laursen.