Going For The Green 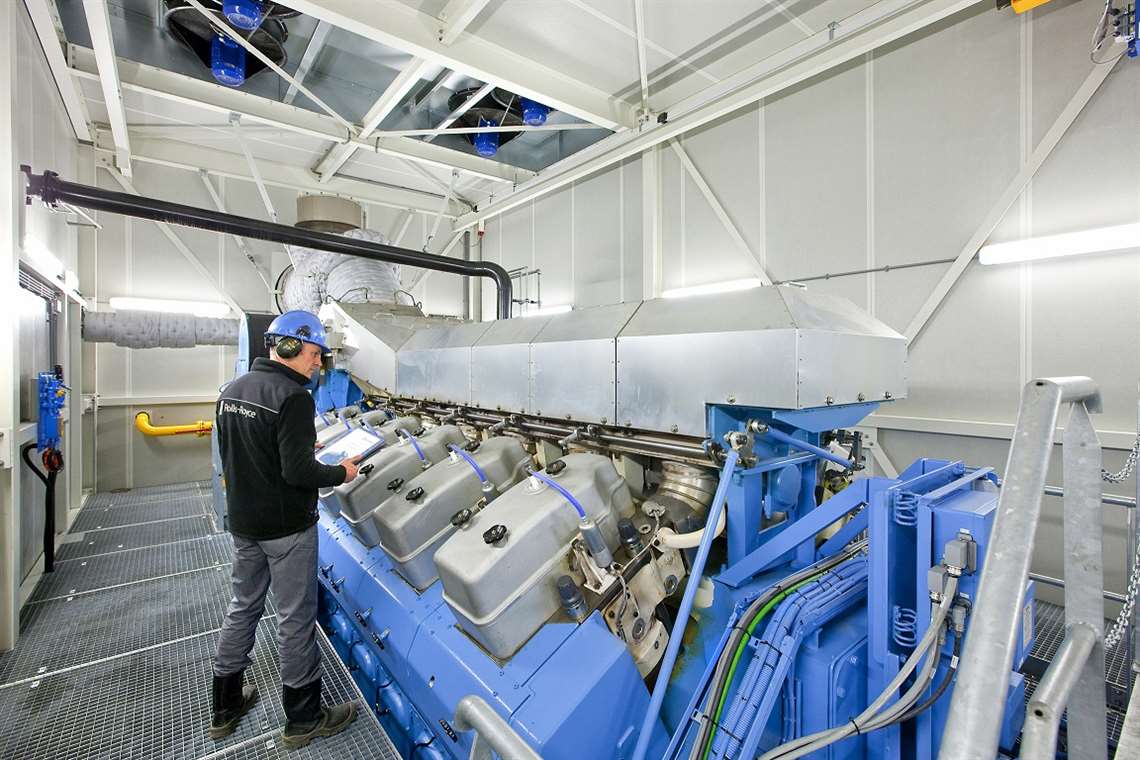 Rolls-Royce has delivered two combined heat and power (CHP) plants for a new tomato greenhouse in Meer, Belgium.
The two gas gen-sets are based on the medium-speed B35:40 V12 AG2 engines from Rolls-Royce, each of which is able to generate an electrical output of 5650 kW and a thermal output of 6545 kW. They achieve an efficiency level of more than 96%. The electric power is used primarily for the greenhouse lamps and, if required, is fed into the public grid. The greenhouse, which extends over an area of 102 000 m2, is heated using the heat extracted from the exhaust gas and the engine’s cooling system. The cleaned exhaust gasses from the gasses are also injected into the greenhouses to increase the level of CO2 and boost plant growth. Greenhouse operator John Vermeiren said he expects to achieve an annual production of 7.5 million kg of tomatoes.
Back in 2008 and 2010, Rolls-Royce delivered two CHPs to Vermeiren in Loenhout and in Merksplas, Belgium. As he said: “The high level of efficiency of the medium-speed gen-sets and their reliability impressed us so much that we decided once again in favour of Rolls-Royce for the energy supply of our third greenhouse in Meer.”
Rolls-Royce has delivered the complete CHP plants, consisting of the power gen-sets with electronic control systems, the exhaust gas systems, including the SCR systems and the heat exchangers. Operator John Vermeiren and Rolls-Royce have concluded a long-term service agreement for the combined heat and power plants covering approximately 4500 hours of operation per year over the next 10 years.
Rolls-Royce reported having delivered since 2005 no less than 52 CHPs, which have generated so far a total electrical output of 270 MW in greenhouses in Holland, Belgium, Russia and the UK.