Competitive Power Ventures (CPV) announced earlier this year that the plant would be built in West Virginia, but recently finalized the location. The CPV Shay Energy Center will serve as one of the cornerstone projects for CPV’s decarbonization platform, the company said.

“CPV is pleased to announce the selection of Doddridge County and looks forward to working with its leaders to advance this monumental project in the coming years,” said Peter Podurgiel, CPV’s Executive Vice President of Project Development who is leading the company’s efforts to develop low carbon, dispatchable generation. “The county has been extremely professional and receptive to the CPV Shay project which represents a key pillar in CPV’s vision for a reliable low carbon future.” 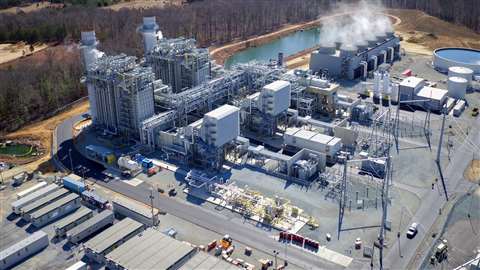 Following permitting and construction, the project will go into operation later this decade and power nearly 2 million homes and businesses in West Virginia and the region while capturing the vast majority of carbon emissions from the facility, the company said.

The company said the project will benefit from recently passed federal legislation, known as the Inflation Reduction Act, that expanded the 45Q federal tax credit for carbon capture. Additionally, the state of West Virginia passed key legislation earlier this year to codify how carbon sequestration would work in the Mountain State. As a result, West Virginia became one of a limited number of states to establish the basic rules of how this emerging industry will unfold, making the state an ideal location for a project of this magnitude, the company said in a news release.

By combining the most efficient turbines available with carbon capture technology, CPV Shay will provide a critical source of extremely low carbon, dispatchable power that will enable the growth and integration of the company’s renewable development portfolio without sacrificing the reliability that is the backbone of our society. The project, in addition to CPV’s efforts to repurpose former coal mines in Appalachia and put them back to productive use generating clean energy, will help establish Doddridge County, West Virginia and the region as a hub for the energy transition.

CPV Group LP, a partnership majority owned by OPC Energy Ltd., has over two decades of development and operation of highly efficient and low emitting electric generation and renewable projects in the United States.