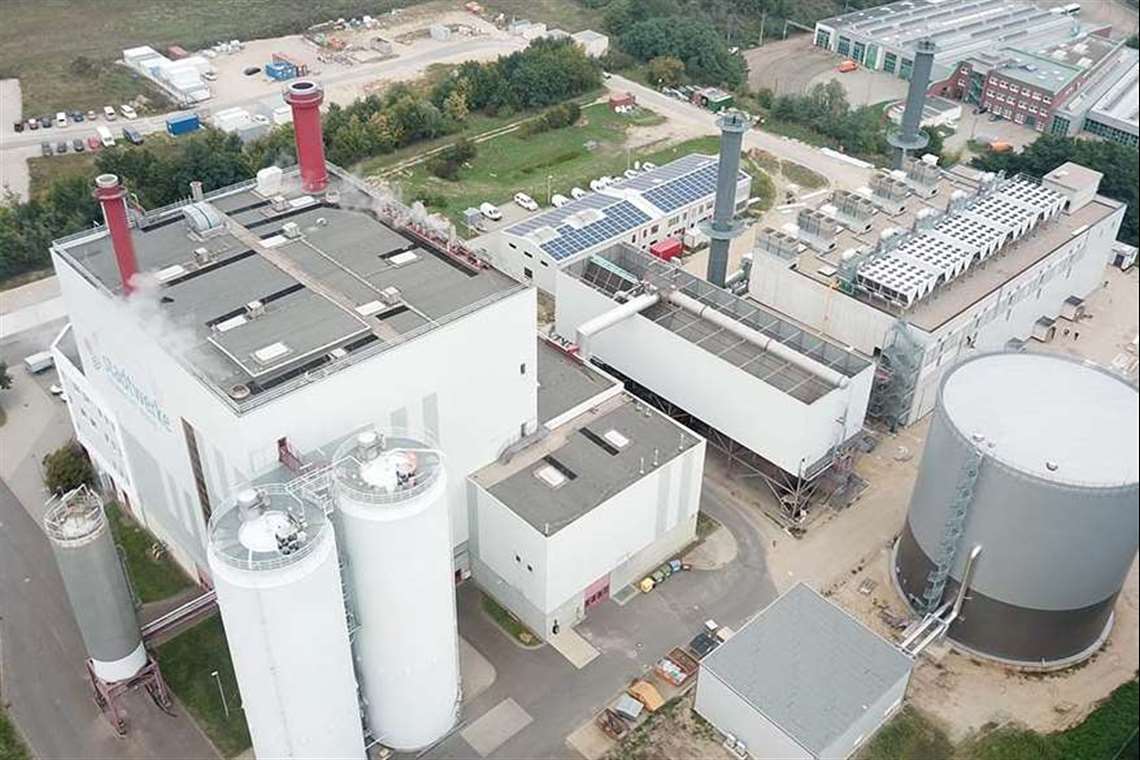 The CHP plant is powered by five MAN 20V35/44G gas engines, which provide 51 MW of electrical energy as well as 50 MW of district heating. In addition, MAN has installed a hot-water boiler with a capacity of 20 MW, increasing the total thermal capacity of the plant to 70 MW. Despite constant challenges due to the Covid-19 pandemic over the past two years, MAN and Stadtwerke Frankfurt (Oder) were able to complete the commissioning within the estimated schedule, the company said. The five engines have been test-run since mid-February of this year.

The new, gas-engine power plant replaces an older, soon-to-be-retired CHP plant, which has supplied electricity to around 33 000 households and commercial customers – as well as district heating to around 19 000 households and companies – locally since 1997. Previously, this plant was operated with both lignite and natural gas, while the new facility will supply the same distribution network with heat and electricity generated exclusively from the more climate-friendly natural gas.

“Through introducing this new plant, we will save up to 50 000 metric tons of CO2 annually in the future, thus ensuring the environmentally-friendly supply of heat and electricity to the Frankfurt (Oder) region,” said Torsten Röglin, Managing Director of Stadtwerke Frankfurt (Oder). “In the old power plant, around 60,000 tons of brown coal dust were burned annually. In contrast, the new plant not only exclusively uses natural gas, which is more climate-friendly, but is also particularly fuel-efficient with an overall efficiency of more than 90%.”

Stadtwerke Frankfurt (Oder) has invested a total of almost €60 million in the power plant, representing the company’s largest investment project in the last 20 years.

“The military attack on Ukraine by the Russian government, which is contrary to international law, is currently causing many people to view natural gas skeptically as an energy source,” said Dr Lauber, CEO of MAN Energy Solutions. “However, we have to separate the question of the origin of the raw material from that of the technology. Flexible, gas-fired power plants like the new combined-heat-and-power plant in Frankfurt are an indispensable technology on the way to the energy and heat transition. We need such facilities to reduce greenhouse gas emissions, phase out coal, and partner renewable energies.”

MAN Energy Solutions states that plant emissions can be reduced even further by operating the engines with a mixture of green hydrogen and natural gas, while completely climate-neutral operation is possible when operating with hydrogen-based, synthetic natural gas (SNG).

The MAN 20V35/44G gas engines can help optimize the flexibility of the entire CHP plant. In combination with a 10 000 cubic-meter heat-storage facility, also newly built, waste heat from the engines can be stored when heat demand is low while continuing to generate electricity. This enables Stadtwerke Frankfurt (Oder) to react quickly and flexibly to price fluctuations in the electricity market. This is also supported by the high reaction speed of the MAN engines, which can reach full output in less than five minutes and easily cope with rapid load changes.