MAN-Powered Ship To Use Synthetic Gas 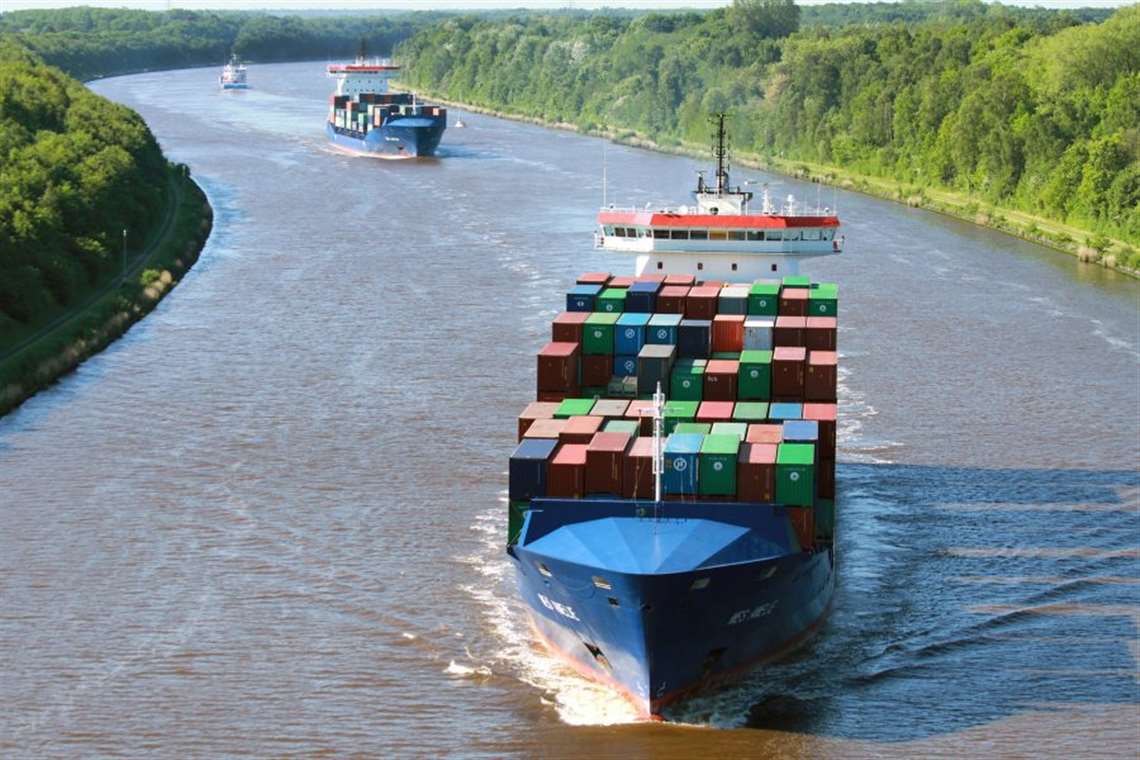 The companies are cooperating on the project with Nauticor, the LNG transportation company, and Unifeeder, the charter company.

To demonstrate that SNG can successfully be used as shipping fuel, 20 of the 120 tons of LNG that the Wes Amelie typically uses per round trip will be replaced by climate-neutral SNG. As a result, CO2 emissions are expected to decline by 56 tons for this trip.

Automobile manufacturer Audi’s Power-to-Gas facility in Werlte, where a liquefaction plant is currently under construction, will provide the SNG, which will be generated by wind energy. The SNG trip will take place after the completion of the liquefaction plant in Q2 2020.

The ship, owned and managed by Wessels Reederei (Haren/Ems), had its MAN 8L48/60B main engine retrofitted to its current, four-stroke MAN 51/60DF unit that enables dual-fuel operation – the first such conversion of its type. The announcement was made at the Europort marine trade show in Rotterdam.

“This is another important milestone and proof of concept for the Maritime Energy Transition, the initiative we have been driving since 2016,” said Stefan Eefting – Head of MAN PrimeServ in Augsburg. “We strongly believe that a roadmap based on LNG and SNG as fuels can lead the way to a decarbonized future for shipping and, in Wessels Marine, we have the perfect partner.”

“The Wes Amelie project has always been about demonstrating the technologically doable while pointing out the regulatory actions necessary to make it possible,” said Christian Hoepfner, managing owner of Wessels Marine, Hamburg. “The initial retrofit to LNG took support from the German Government to be financially viable, but it was a huge success for the environment in that it drastically reduced emissions. As a consequence, there now is a retrofit programme in place to make more retrofits happen.

“In another world-first, we will now demonstrate that SNG can successfully be used to reduce harmful emissions even further as the fuel is climate-neutral. However the costs are still way too high. Going forward, governments and regulators will have to work together to make this a viable and available option for ship owners.”

“Especially in shipping, the use of batteries alone is not a viable option and any successful decarbonisation efforts need to address the fuel. Power-to-X technology allows the generation of 100% climate-neutral natural gas from renewable energy,” Eefting said. “This technology has tremedous potential and needs to be freed from regulatory burdens and to be developed on an industrial scale to bring down costs.”

A pioneer of this technology, MAN Energy Solutions commissioned the Werlte-based methanation plant, in partnership with Audi, in 2013. While the 6 MW methanation unit is still the largest of its kind in Europe today, MAN now offers a 50 MW EPC Power-to-X solution to ramp up the generation of synthetic fuel: “We need Power-to-X out of the labs and into the market in order to produce more competitive, renewable fuels by using scaling effects”, concluded Eefting.

To date, MAN Energy Solutions’ entire portfolio of dual-fuel engines has won almost 400 projects in total, all running on clean fuels such as LNG and LPG.

The ship-owning company from Haren/Ems, Wessels Reederei, initiated the conversion of the Wes Amelie to dual-fuel running in 2017. A milestone within the development of the European container-feeder market, the conversion showed that existing engines could be converted to LNG operation with a tremendous effect on exhaust emissions and the environment, the company said.

MAN Energy Solutions reports that the retrofit enabled the Wes Amelie to reduce its SOx emissions by more than 99%, NOx by approximately 90%, and CO2 by up to 20%. As a result, the vessel now meets both Tier 2 and Tier 3 emission requirements set by the International Maritime Organisation (IMO).