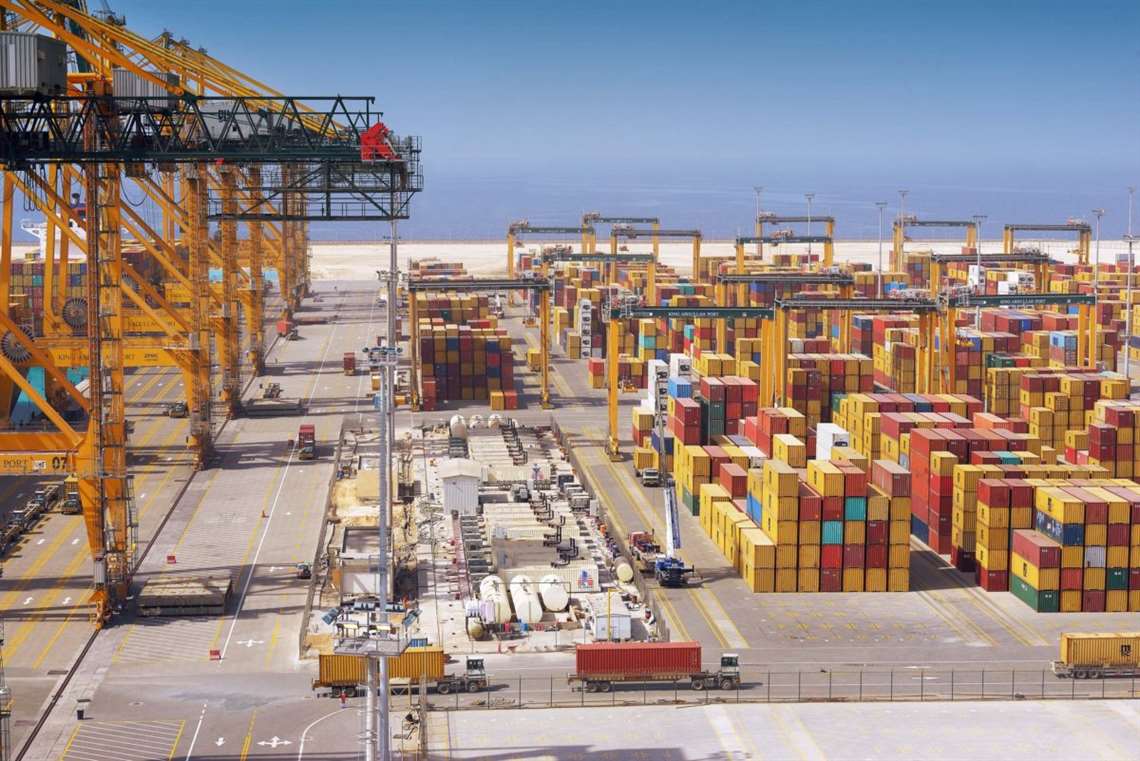 Three MAN 18V32/40 generator sets are supplying the electricity for the crane facility at King Abdullah Port in Saudi Arabia.

After commissioning by MAN Diesel & Turbo, the facility was handed over to the customer Energy Solutions Developers and Managers (ESDM). The three units run on marine diesel oil and function as generator sets supplying 26 MW to the crane facility. With a capacity of 65 tonnes, this facility is designed to be able to load and unload even the largest container ships in the world.

King Abdullah Port, the fastest growing port in the world, is part of King Abdullah Economic City, an urban development project which was started in 2005 and constitutes the largest building project in the history of Saudi Arabia. Located on the coast of the Red Sea between the two holy cities of Mecca and Medina, this new city is set to become the country’s second economic center in future, with an anticipated population of up to 2 million. Apart from serving the internal supply of the kingdom, the new port is expected to act as a strategic hub on the major trade route between Asia and Europe.

“King Abdullah Economic City is one of the most significant and impressive infrastructure projects of our time and we are proud to have contributed to the success of this visionary undertaking,” said Waldemar Wiesner, MAN Diesel & Turbo’s head of Sales for Power Plants in the MENA region.

High temperatures throughout the year and an arid desert climate place particularly high demands on the technology used here. “The MAN 32/40 engine is a perfect match for the climatic conditions in Saudi Arabia and has already provided outstanding services in many other power plants on the Arabian Peninsula. The engine has particularly proven itself in industrial applications due to its robustness, reliability and very long maintenance intervals,” said Ashraf Al Natsheh, senior sales director Power Plants in Saudi Arabia.

MAN Diesel & Turbo said it has a long-standing history of successful power plant projects in Saudi Arabia. The company’s commissions in recent years have included a 40 MW unit for the Arabian Cement Co.(ACC), a 54 MW heavy-duty power plant for the United Cement Industrial Co. (UCIC) as well as a similar unit with a capacity of 60 MW for the Yanbu Cement Co.