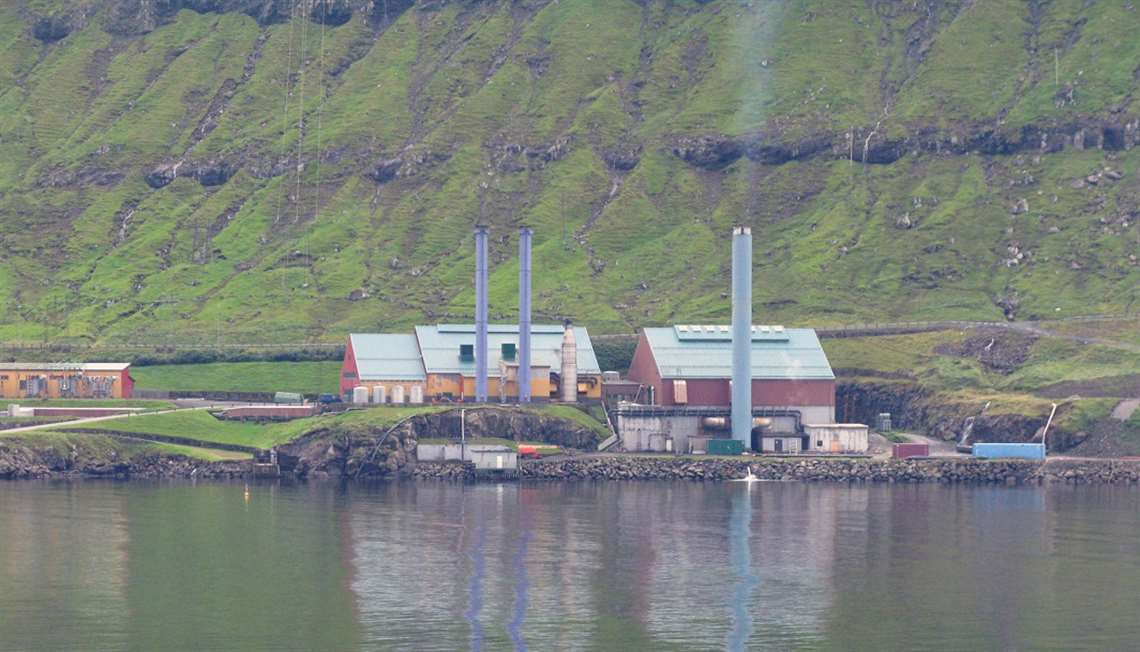 MAN Diesel & Turbo will supply four MAN 9L51/60 generator sets to the Faroe Islands in the North Atlantic to expand the existing Sund power plant near the capital Tórshavn.

The gen-sets will run on Heavy Fuel Oil (HFO) to generate both electrical power and heat for the district heating network on the island. MAN said the project emphasizes on restricting the impact on the environment by significantly reducing the level of NOx by using the selective catalytic reduction (SCR) system.

The MAN 51/60DF is designed for operation with liquid and gaseous fuels. In liquid fuel operation, the engine can be operated with HFO with a viscosity of up to 700 mm²/s (cSt) at 50°C. It is designed for fuel qualities specified in CIMAC 2003 H/K700/DIN ISO 8217. With liquid fuels, continuous HFO operation is possible between 20% and 100% load. The four-stoke engine has a bore and stroke of 510 X 600 mm.

Local energy provider Elfelagið SEV operates the plant, which is the main power producer on the archipelago. In total, SEV operates 13 thermal and hydroelectric power plants on the islands as well as a number of wind farms. Since 2012, all plants and many industrial-scale consumers have been linked to form a virtual power plant that automatically balances the energy demand and supply on the islands. The MAN engines will be used as a back-up for renewable electricity generation, while the residual heat from the engines will also be utilized for heating power.

The role of EPC (Engineering, Procurement and Construction) for the project is being performed by the Danish plant engineering supplier BWSC.

“Our engines are the ideal partner for renewable energy, they are extremely flexible in operation, have proven reliability and efficiency,” said Wayne Jones, chief sales officer at MAN Diesel & Turbo. “As remote as the Faroe Islands may be, the set-up of the world’s first virtual power plant in 2012 was an energy industry milestone. MAN is also a technological pioneer, especially when it comes to coupling wind turbines and engines in hybrid power plants. We built our first plant of this kind way back in 2009. Since then, the expansion of renewable energy sources has progressed worldwide and we consider hybrid power plants to be a central growth technology on the way to a world of climate-neutral energy production.”

With a total electrical output of 37 MW, Sund is the largest of the three thermal power plants on the Faroe Islands. The engines now ordered represent its third expansion. In the 1980s, BWSC and MAN Diesel and Turbo boosted the capacity of the plant by 25 MW with two MAN engines.

The Faroe Islands are an autonomous region of Denmark with around 50 000 inhabitants. Self-sufficient and yet stable power supplies are a basic essential for life the middle of the North Atlantic triangle between Norway, Iceland and Scotland. While much of the power generated is already based on renewable sources, the harsh and extremely changeable climate represents a challenge for wind and hydroelectric power generation.

MAN Diesel & Turbo engines are tried and proven for use in extreme climatic conditions as well as fossil-fuel back-ups for renewable energy sources such as wind or photovoltaic. The company equipped its first wind-diesel hybrid power plant on the island of Bonaire as early as 2009. Projects in which MAN engines generate energy in conjunction with solar energy include two power plants in Egypt, at Siwa and Farafra.