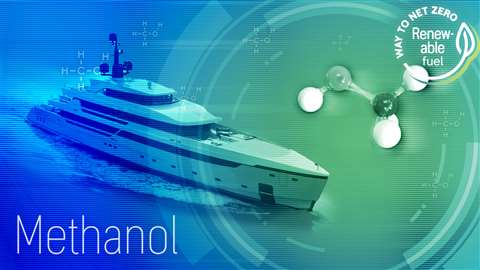 Rolls-Royce and Italian yacht manufacturer Sanlorenzo will develop and build a large motor yacht with a methanol engine propulsion system that can run on green methanol in a carbon-neutral way. (Photo: Rolls-Royce)

Rolls-Royce and Italian yacht builder Sanlorenzo plan to develop and build a large motor yacht with a methanol engine propulsion system able to run carbon-neutrally on ‘green’ methanol. The two companies announced an exclusive memorandum of understanding to this effect for yachts between 40 and 70 meters on the eve of the opening of the 2022 Cannes Yachting Festival.

Powered by two mtu methanol engines based on the Series 4000, the Sanlorenzo yacht is expected to undertake her maiden voyage in 2026.

“We’re making shipping more environmentally friendly and easier on the climate, and this agreement is a big step forward in the right direction,” said Denise Kurtulus, vice president of Global Marine at Rolls-Royce Power Systems: “Synthetic methanol, produced using electricity generated from renewable sources, is the obvious fuel of the future for many maritime applications – not least yacht propulsion. Sanlorenzo is one of the most innovative yacht builders, making it our partner of choice for this project.”

Green methanol is carbon-neutral, as it is produced using solar or wind power. The first stage is to take hydrogen and synthesize it into methanol (CH3HO) using carbon and oxygen from the air. Carbon in the form of CO2 is released into the air during combustion – but no more than was taken from it during production of the fuel. As a result, the cycle is carbon-neutral, Rolls-Royce said. Emissions of particulate and nitrogen oxides are also much lower than from diesel engines, making it possible to stay within NOx limits without an SCR unit treating the exhaust gases.

The methanol engine, which is expected to be spark ignited, will be based on the mtu Series 4000. “Our many years of experience and our extensive expertise in mobile and stationary gas engines will give us a head start in development,” said Dr. Otto Preiss, COO and Chief Technology Officer at Rolls-Royce’s Power Systems division. “We will have methanol-powered propulsion systems in our portfolio for other maritime applications as well as yachts, for example for commercial shipping. These will be part of our ecosystem with sustainable fuels, that we’re currently building. The ecosystem will also include fuel-cell-powered applications as well as electrolysis of green hydrogen, the basic ingredient for green methanol.”

The plan is to build a large Sanlorenzo luxury yacht tailored to the new type of propulsion system and its requirements. The two partners regard the additional effort as challenging but feasible. Because methanol’s energy density is around 50% below that of diesel, the fuel tanks need to be about twice as big to give the vessel the same range as with diesel propulsion. Safety requirements are potentially lower than with other fuels and technologies because methanol is non-toxic. “From an engineering perspective, a methanol engine is technically the ideal compromise for the future,” said Kurtulus.

As a rule of thumb, developers expect the power output of a methanol propulsion system to be about one-third less than that of a diesel system of the same size and mass. “In reality, that isn’t terribly important,” said Kurtulus. “This is because larger, heavier engines are more likely to be installed in large yachts of 40 to 50 meters in length than in smaller vessels, and yacht owners who want to be climate-friendly and go easy on the environment aren’t generally looking to wring out the last ounce of power.

“We’re seeing a trend reversal in the market. In many cases, engine power output in and of itself will no longer be the yardstick. Instead, there will be more and more customers who want to do their bit to protect the climate and now we can also offer them a solution, too.”

“The introduction of innovations and technologies to reduce the environmental impact of yachts has long been the focus of the Group’s research and development department,” said Massimo Perotti, executive chairman and CEO of Sanlorenzo. “The subscription of the agreement with Rolls-Royce and its brand mtu for the integration of methanol propulsion systems on our superyachts represents for our Group a memorable moment, because it gives an extraordinary acceleration to our responsible path and widens our horizons.

“Thanks to the marine use of methanol as a fuel for combustion engines, which allows carbon-neutral powerful propulsion, Sanlorenzo will be able to give the true answer to the demand for sustainability in the yachting sector. I thank Rolls-Royce for choosing Sanlorenzo as a partner for the joint development of a technology that is going to change the paradigm of the yachting industry.” 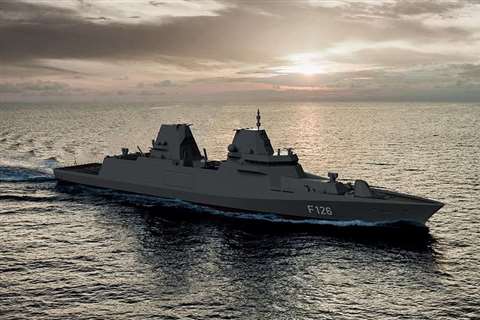 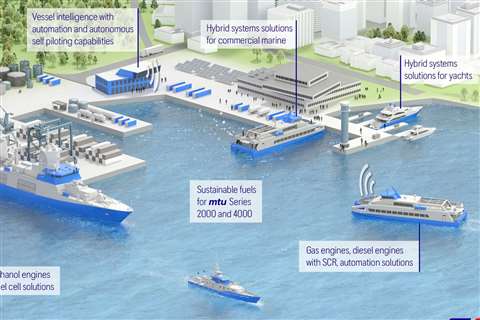