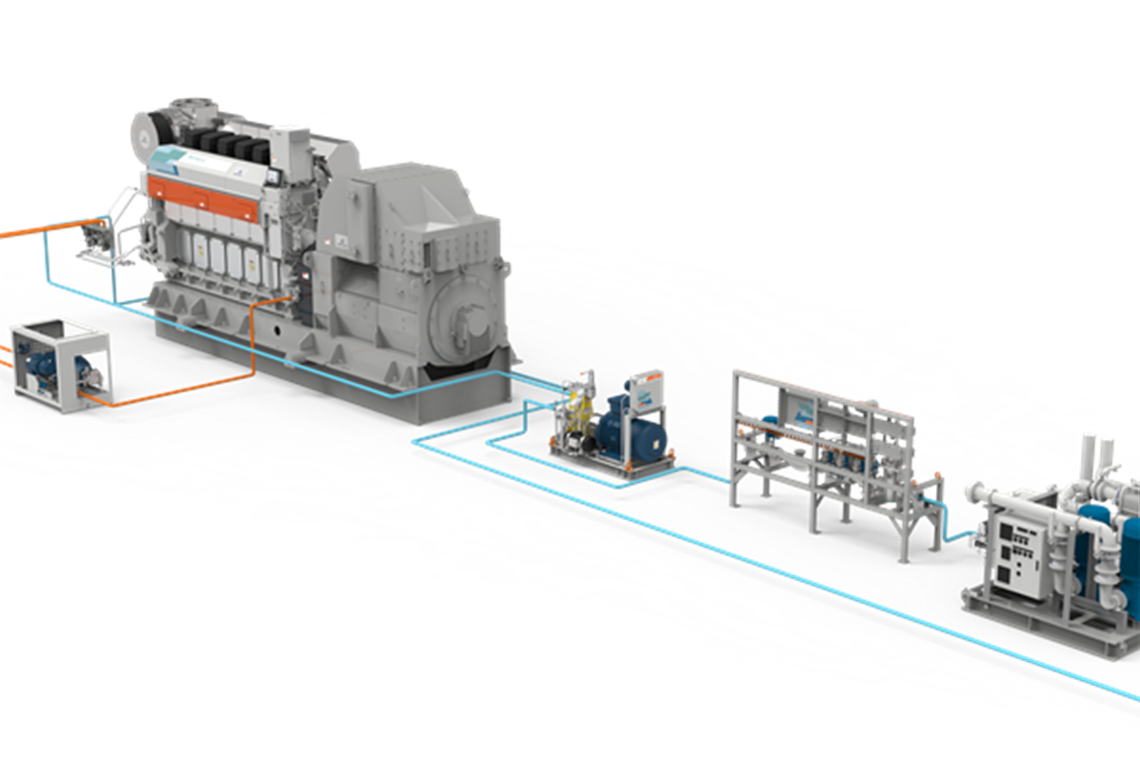 Wärtsilä said it has developed a dedicated fuel supply system for methanol in response to growing interest in the fuel as a pathway to decarbonization.

The MethanolPac is designed to deliver methanol-capable fuel and power systems across a wide range of vessel segments, the company said in a news release.

According to the company, methanol is a widely available fuel that is carbon neutral when produced from renewable sources and is easier to handle than many other alternative fuels. But with very few vessels currently operating on methanol, industry experience of integrating such systems is limited.

“MethanolPac will reassure ship owners who may not know where to turn for help designing their methanol fuel and power system,” said Mathias Jansson, Director, Fuel Gas Supply Systems, Wärtsilä Marine Power. “Wärtsilä does not just provide the methanol engine, we have the systems and capabilities to help customers realize methanol-fueled vessels in full.”

The MethanolPac includes both the low- and high-pressure parts of the fuel supply system as well as the related control and safety functions. This includes the high-pressure Methanol Fuel Pump Unit, low-pressure pump module, fuel valve train, bunkering stations and tank instrumentation.

MethanolPac will gain its first reference alongside the debut installation of the Wärtsilä 32 Methanol engine, on a wind turbine installation vessel under construction for Dutch dredging and offshore ship operator Van Oord. The newbuild Wärtsilä 32 Methanol engine combines long-established methanol fuel injection technology – first developed for the converted Wärtsilä Z40 engines onboard ropax Stena Germanica in 2015 – with the control and automation systems of the well-established Wärtsilä 32 platform.

Methanol fuel injection can also be retrofitted to any of the more than 5000 conventionally fuelled Wärtsilä 32 engines in operation. MethanolPac means that such retrofits can be dramatically simplified, with one supplier providing both engine and fuel supply system.

For many vessel segments, the Wärtsilä 32 Methanol and MethanolPac are among the first commercially available technologies for using methanol as a fuel. The Wärtsilä 32 Methanol is applicable either as a main engine or auxiliary generator on a wide range of vessel types from offshore support vessels to deep-sea merchant ships.

Wärtsilä is investing heavily in research and development to ensure that ship operators have the technologies needed to use new fuels as they become available. Wärtsilä will develop an ammonia-fueled engine concept by 2023, and a hydrogen concept by 2025.