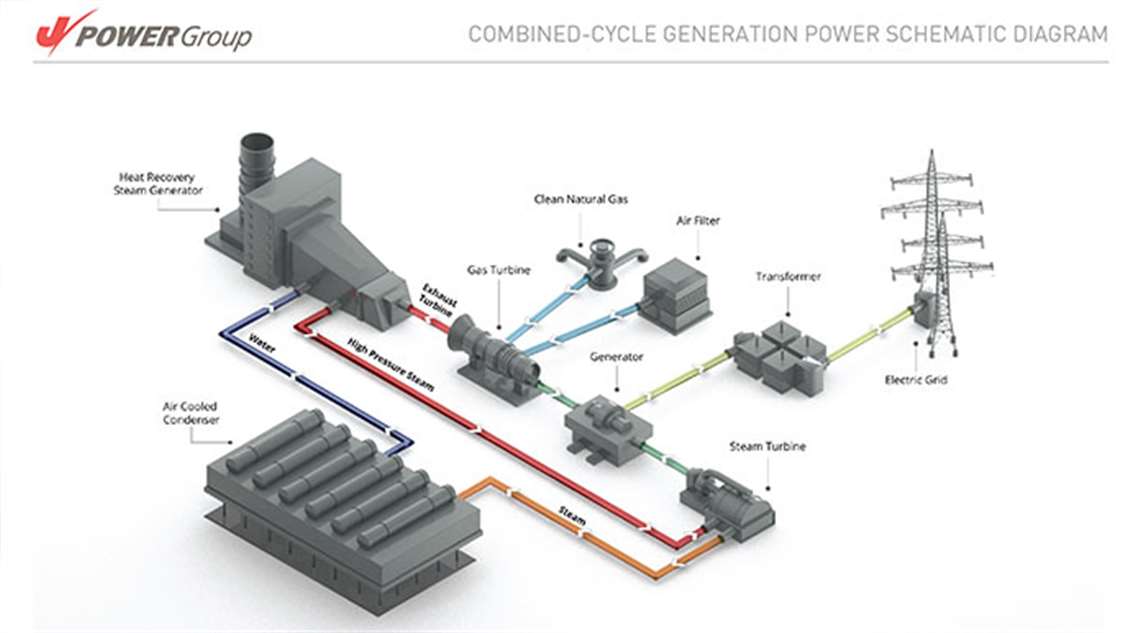 Carbon dioxide emissions from Illinois’ electric power grid have fallen by 32% since 2001, in part because of the retirement of coal-fired power plants and their replacement with a combination of natural gas and renewable power, MHPS said. This new power project from J-Power continues the decarbonization trend using MHPS advanced class gas turbines, which complement variable wind and solar resources.

To complement increased renewable generation, the Jackson Generation Project will also incorporate MHPS-TOMONI Very Low Load (VLL) technology, which enables each 1 on 1 power train to operate at less than 25% of full load while remaining in emissions compliance, the company said. This allows the Jackson Generation Project to operate at a very low output during times of high wind or solar generation, and be ready to ramp up quickly to full load when the renewable resources decline. The result is reduced emissions, reduced maintenance, and reduced operating costs.

“We chose the MHPS M501JAC gas turbines for the Jackson Generation Project because MHPS has the best track record of any OEM for delivering fast, flexible, reliable and efficient power,” said Mark Condon, president and CEO of J-Power. “Additionally, the fuel flexibility of the J-Series combustion system allows our plant to use locally available, higher ethane content fuel, and significantly improve the project economics.”

Once completed, the Jackson Generation Project will be one of the world’s most fuel efficient power plants with among the lowest carbon emissions of any combined cycle power plant in the world, MHPS said. The company said the project will create 500 construction and craft labor jobs during construction, and 35 permanent jobs once it enters commercial operation in 2022.

“We were proud to sign contracts with J-Power in January and get their approval to release materials for manufacturing, and now we are able to announce the project to the region,” said Paul Browning, President and CEO of MHPS Americas. “Illinois has retired 35 coal-fired power plants with 3938 MW of nameplate capacity since 2009 as they join other U.S. states in replacing higher cost and higher carbon legacy power generation technology with modern natural gas and renewable power. These are the 62nd and 63rd J-Series gas turbines ordered globally, and the first to offer our patented Very Low Load technology. The Jackson Generation project will produce 65% less carbon dioxide than a legacy coal-fired power plant, and since it was designed to enable greater uptake of renewable power, the carbon reduction when combined with renewables can become even larger. That is a Change in Power.”