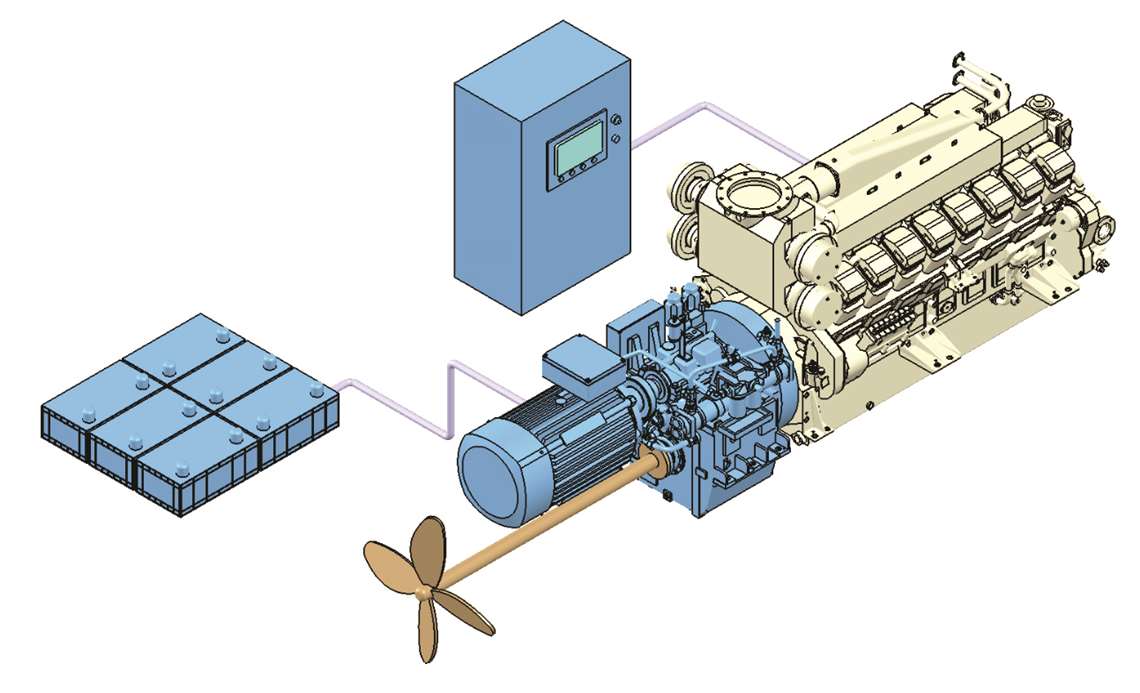 For many years, one of the most popular horsepower ranges for new construction of inland waterways vessels was twin screw, 2000 hp vessels.   With the advent of the EPA Marine Emission Regulations requiring engines of 804 hp (600 kW) to meet EPA Tier 4 requirements, many installations have needed selective catalytic reduction (SCR) or another aftertreatment system, said Mitsubishi Turbocharger and Engine America, Inc. (MTEA)

In response to what it says is a growing customer demand, MTEA has announced a 1000 hp hybrid concept system that complies with this EPA emission regulation without aftertreatment.

MTEA said the S6R2-Y3MPTAW meets Tier 3 EPA certification, is a mechanical engine design, and because it is below 600 kW, is not required to meet the Tier 4 requirements and thus needs no aftertreatment.  Total outputs cover 937 hp to 1648 hp (699 kW to 1229 kW).

The hybrid system is a propulsion-certified unit, MTEA said, and is targeted at heavy-duty workboat applications, such as with tugboats, cargo ships and offshore vessels.

MTEA cited an independent study that found inland workboats spend approximately 30% of its operational hours at low load (approximately 20 to 25% below rated output), a range in which fuel efficiency can drop. As a result, MTEA said the Mitsubishi hybrid system concept can improve fuel efficiency in such operating conditions.

For example, MTEA said with the S6R2-Y3MPTAW at 803 hp (599 kW) and a 100 kW motor/generator, if the vessel requires only 69.9 kW (10% from rated output), the hybrid system will provide power only from the electric motor in Motor Cruising Mode. Auxiliary engine load will thus be 69.9%, a good fuel efficiency range.

The hybrid system will be controlled by Mitsubishi’s Smart Cruising Assist kit, which is designed to monitor engine performance in real time and control the hybrid system mode automatically by doing feedback control to itself.

MTEA said benefits of the new hybrid system also includes: easy maintenance as the engine can be operated without aftertreatment system; longer overhaul interval as the operation of the main engines will be supplemented by electric motor, which could extend the engine life and overhaul intervals; and lower noise and lower vibration in Motor Cruising Mode.