Rolls-Royce said it is continuing to expand its share of the tugboat propulsion market in Brazil, with the latest evidence being eight 16V 4000 M63 mtu engines it is supplying to Brazilian shipyard Rio Maguari.

The engines, each with an output of 2000 kW (2682 hp), will power four new tugboats that Rio Maguari is building for tugboat shipping company Svitzer. The engines are scheduled to be delivered by May. The first of the four new tugs will be delivered in October 2022, while the last to follow in April 2023.

The four new tugs of the RAmparts 2300 series designed by Robert Allan have a bollard pull of 70 tons and are to be used in ports in Brazil. With the new vessels, Svitzer will operate a total of 11 mtu-powered tugs in Brazil. About one in five tugboats in Brazil operates with mtu propulsion, Rolls-Royce said.

“The four new tugs are an important addition to our fleet in Brazil and play an important role in our plans for the future,” said Daniel Reedtz Cohen, managing director at Svitzer Brazi. “We are pleased to have found the right propulsion partner for this project in Rolls-Royce and its mtu engines.”

To date, Rolls-Royce said it has sold more than 480 mtu engines for tugs and workboats operating worldwide.

Rolls extends TBO intervals for marine engines
New mtu Series 4000 can be operated up to 96,000 hours before the first major overhaul 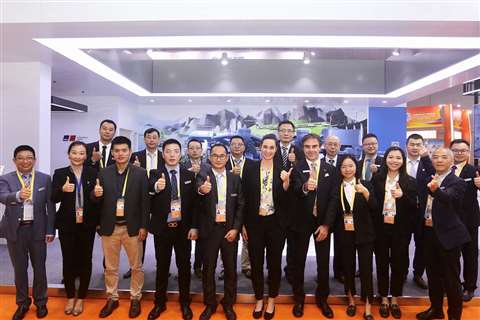