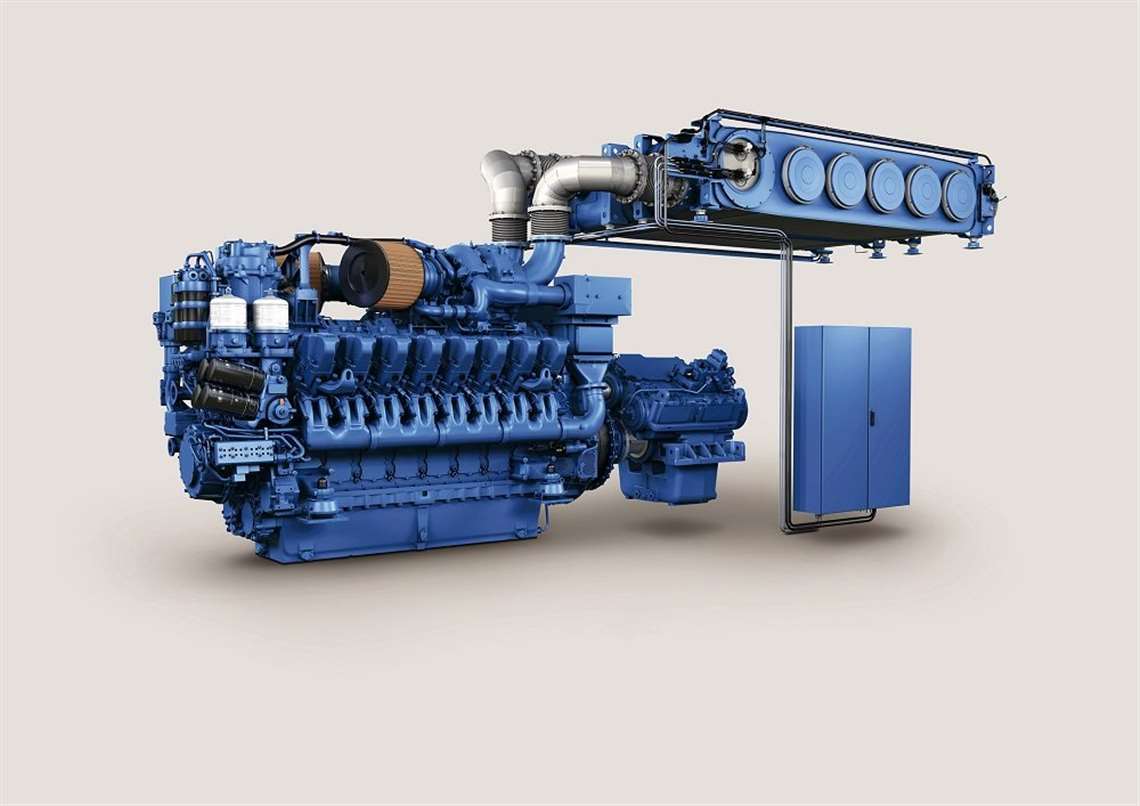 Through a variety of technical advances to the turbocharging system, the combustion process and the injection system, along with MTU’s new SCR system, NOx emissions have been reduced by 75% compared with IMO II and particulate emissions by 65% compared with EPA Tier 3, MTU said. An additional diesel particulate filter is not required. Also as a result of turbocharger improvements, MTU said it was able to reduce fuel consumption by a further 5% compared with the predecessor engine.

For yachts and patrol boats the engines are currently available from MTU as 12-, 16- and 20-cylinder versions with outputs from 2160 to 3900 kW.

The first yacht to be fitted with an IMO Tier III propulsion system from MTU (2 x 16V Series 4000 M73 engines + 2 x SCR systems) is currently under construction at the Istanbul-based Bilgin Yachts shipyard. The 80 m megayacht is scheduled to be commissioned in mid-2019.

For workboats such as tugs and ferries, MTU said it will gradually be introducing the engines complying with IMO Tier III and EPA Tier 4 emission regulations onto the market as 12-, 16- and 20-cylinder versions rated 1119 to 3220 kW.