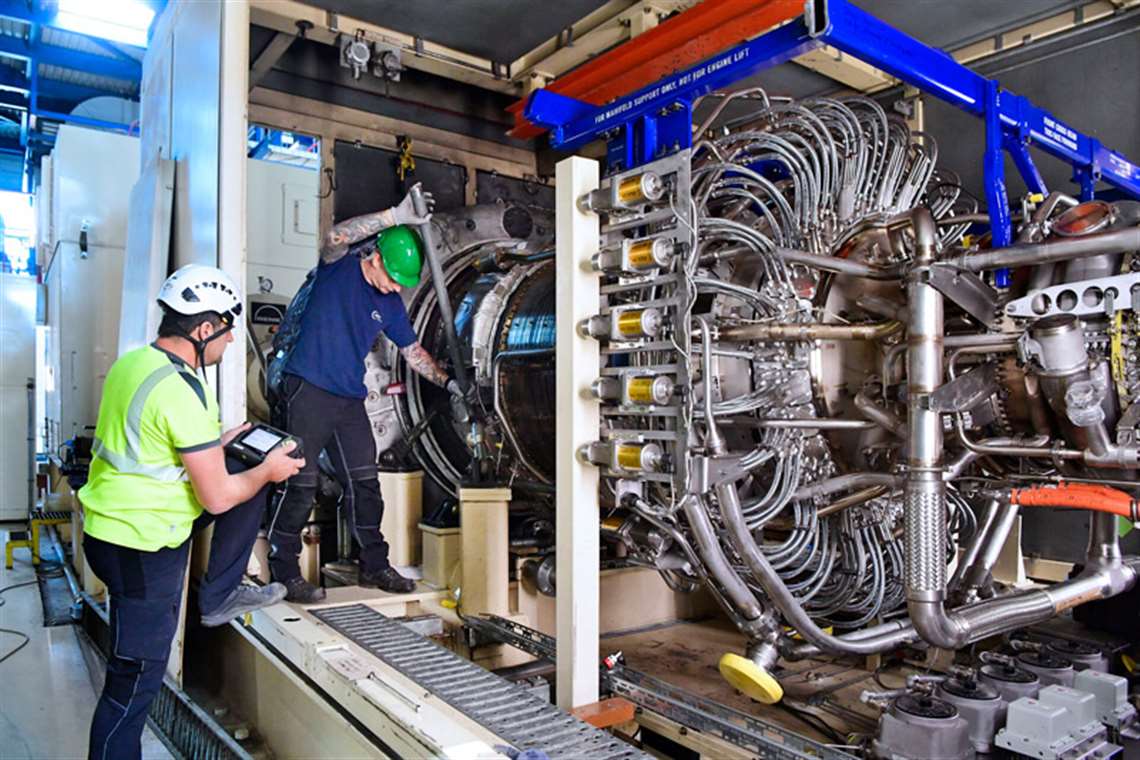 The 22 MW LM2500 DLE, which emits 15ppm NOx, has just entered commercial operation at the Stadtwerke Erfurt, a municipal energy provider in Thuringia, Germany. The new turbine is significantly more efficient and helps the customer go above and beyond federal emissions requirements.

“The turbine produces a mere 20% of the emissions of its predecessor,” said Janko Matheussik, project manager, MTU Power. “This goes above and beyond the necessary reduction in emissions mandated by the German federal government and is significantly more efficient.”

Because of the German government’s emissions and efficiency targets, the Stadtwerke Erfurt exchanged a LM2500 SAC engine after just 20 years, although gas turbines typically have a much longer lifetime.

“In order to be as sustainable as possible, we decided to replace the turbine, but keep as much of the package as possible,” said Marco Tuerke, head of power generation, Stadtwerke Erfurt. The power plant provides over 40 000 households with heat energy in the surrounding region.

“Old systems that were no longer needed, such as the water injection system and liquid fuel system, had to be removed,” said Christian Zierold, project buyer MTU Power.

Further, the control system was upgraded to the state-of-the-art Woodward control Micronet+ system. The gas turbine compartment was also completely gutted and modified to suit the new turbine.

Beyond this, the gas system was also renewed: a new fuel metering skid was added, shut off valves and gas relief valve exchanged and repositioned, as well as gas piping renewed and rerouted and a calorimeter for gas analysis installed. Additionally, by-pass ducts on the filter house needed installation to reduce inlet pressure losses. Then the new turbine had to be installed and the new model be made to fit the space the older turbine had occupied.

A second turbine is due to be exchanged during Summer 2021, when MTU Power will be carrying out an installation and remodification project for the sister unit. Both LM2500 DLE turbines significantly surpass current emissions requirements and are an investment in the future for the Stadtwerke Erfurt, the company said. The MTU Power team will be supporting their valued customer with all maintenance, repair and overhaul needs for the coming 10 years.