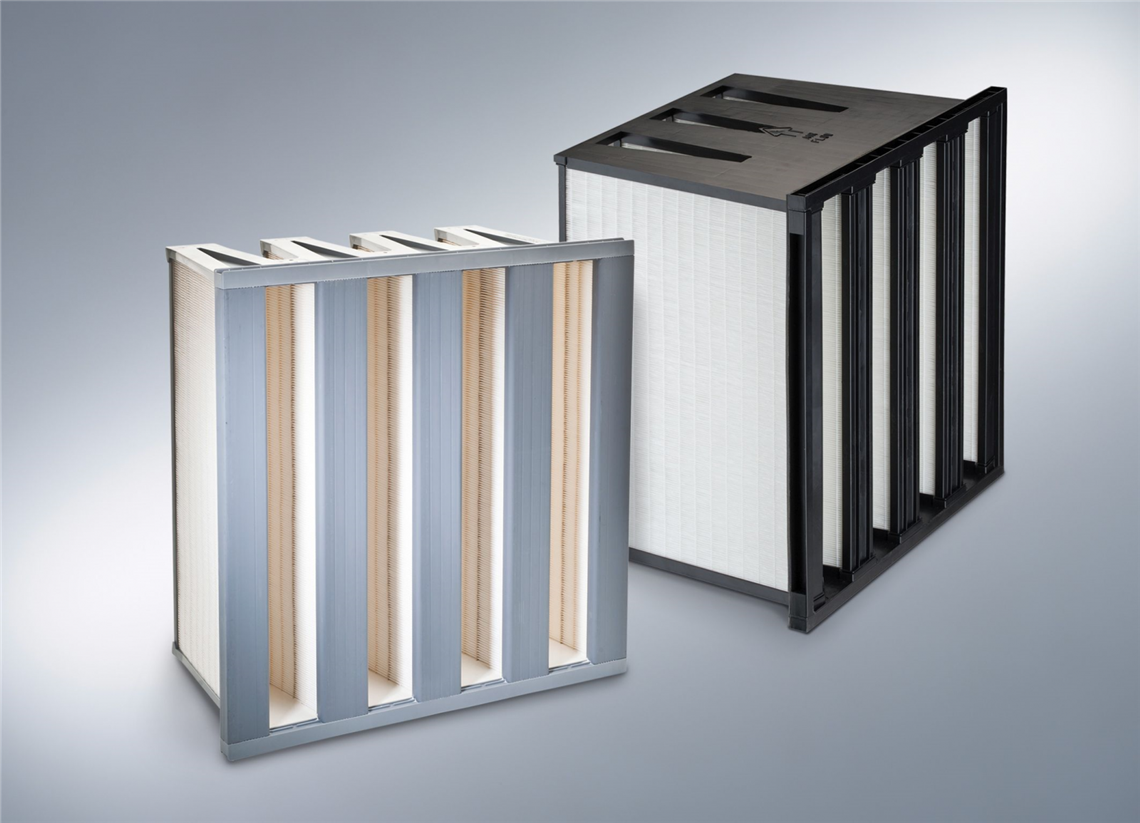 Frank Spehl, Director of R&D at Mann+Hummel Vokes Air GmbH, Germany, explained that the new filter media is the answer to the challenges that operators of gas turbine plants face when they have to ensure that clean air is supplied to the engine. Whether gas turbines are operating in onshore or offshore locations, some challenges are common and include the fouling of the compressor blades, filter service life, system pressure drop, filter failure, and the corrosion by water and salt.

“The gas turbine filter market has been dominated so far by micro glass fiber media, which has some disadvantages, as for example sensitivity to mechanical stress, minor water resistance, complex production to secure media with grid protection, and hydrophobic agents, to name just a few,”  Spehl said.

The positive aspect of glass fiber media, compared to standard synthetic media, is that there is no discharging effect and with that no major drop of efficiency during operation.

The new Aircube Pro Power S utilizes a new synthetic base media with much higher resistance to mechanical stress than glass fiber media and a stable high efficiency during operation. The media, that Mann+Hummel has developed in cooperation with a partner, is new for the market of stationary gas turbines and is water and salt repellent while extremely robust – a test carried out in an independent laboratory showed a very high value of burst resistance at 35 000 m3/h above 8 000 Pa.

According to Mann+Hummel, these values are currently the best in the market, in particular since the impressive DHC is achieved with a filter size of only 592x592x420 mm and a weight of just 9.6 Kg.

“Aircube Pro Power S media, even if with a synthetic base, does not show any discharging effect, which is today’s most seen phenomena on standard synthetic media,” said Spehl. “As a first indication, you see no drop in efficiency after isopropanol treatment for the ISO 16890 test.”

A further soot test (behavior against soot is important for offshore applications) was done as a flat sheet media test at the Mann+Hummel laboratories, to check the performance of the filter. In a unique Mann+Hummel test (originally developed for automotive applications), the performance of micro glass fiber was compared with the new synthetic media. The result of this test shows a better performance regarding DHC and efficiency for the synthetic media compared to micro glass. Soot nanoparticles are often used to discharge the media from electrostatic attraction forces. The second positive result of the Mann+Hummel test confirms that the there is no discharging with the new Aircube ProPower S.

“With gas turbines in offshore applications – usually utilized for gas compression or power generation and operating on baseload – the air intakes have to work in some of the harshest environments on the planet. For the operators of such applications, the filter cost is almost a non-issue due to the invaluable job they serve protecting the gas turbine and ensuring optimum performance,” said Spehl.

In these applications Efficiency Particulate Air (EPA) final filters are chosen for their high efficiency filtration that protects gas turbine blades from fouling. There are some difficulties for these filters though, as Spehl explained: “Typically in offshore installations, space is an issue and air intakes are small in size. In such an arrangement, each filter element must contend with an extremely high air flow rate, up to 6000 m3/h.

“As pressure drop increases with filtration efficiency, EPA filters can cause the differential pressure to reach unworkable levels. Considering that, as a rule, a 50 Pa increase in pressure drop means a 0.1% fall in turbine output, it is clearly important to choose a filter with as low a pressure drop as possible.”

The high flow rate also means that the filters – especially in the final stage – must have a very high burst resistance; a broken filter can cause massive damage to the compressor blades if ingested by a gas turbine.

The remote location of offshore platforms poses another challenge, as shipping new filters to these installations is usually expensive, in addition to the downtime caused to change the filters, which is most unwelcome for gas turbines that operate for 8000 hours per annum. Thus, filter’s service life is an important element in the customer’s first choice or in a retrofit project. “Essentially this is down to how much contaminant a filter can retain before the pressure drop reaches an unacceptable level. An overloaded filter is also more likely to burst, so timely replacements and selecting a high dust holding capacity are crucial.”

Spehl reported that with the Aircube Pro Power S and Nanoclass Cube Pro Power S filters the standard maintenance interval is between 18 and 24 months, depending on the operation profile and on pre-filtration (that is on the dust collector that is used). Typically, an air filter working round the clock with high flow rates reaches a maintenance interval of about 20 months.

Finally, air intakes in offshore applications must cope with high levels of water and salt, in addition to dust particulate. In the combustion air offshore, potassium, sodium, sulfur, soot, and oil mist can be found, all causing problems to gas turbine blades. Specifically, alkali in combustion together with sulfur causes hot corrosion of the blades.

In onshore plants, the set of challenges for the air filters is similar, but usually, there is more space availability. “Air intakes are usually much larger on-land and also do not have the same weight constraints, meaning that on average the air intake should have a flow rate of between 3400 to 4250 m³/h per filter element, allowing much greater flexibility.”

Spehl concluded that Mann+Hummel will look at possibly increasing the new filters’ range. He also said that these filters will likely be seen more and more in the future in railway applications as well.