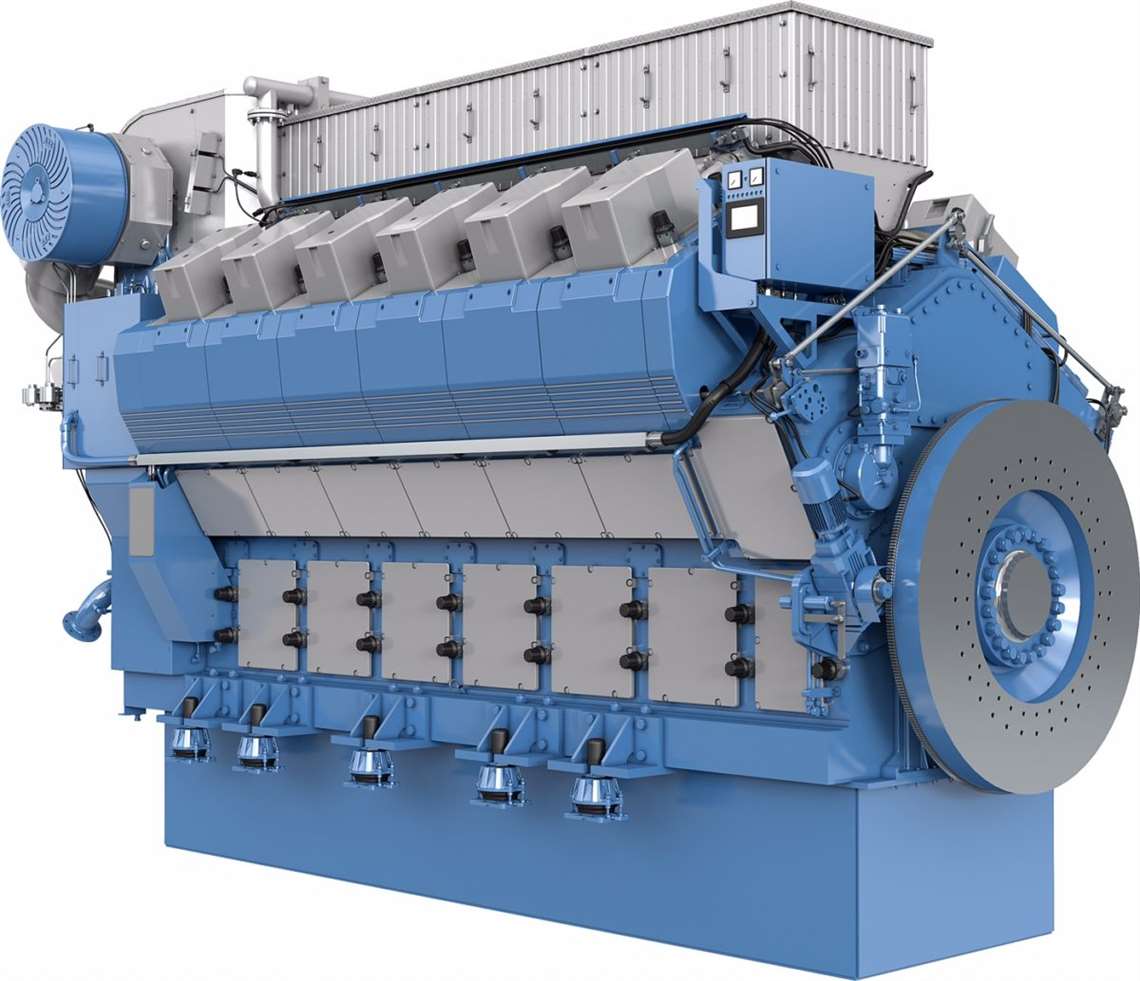 On the opening day of Nor-Shipping 2017 in Oslo, Norway, Rolls-Royce launched a V-series version of its B33:45 diesel engine series that was originally introduced at SMM, Hamburg in September 2014.

At 600 kW per cylinder, Rolls-Royce said the new design delivers 20% more power than the B32:40, in a compact design that allows more power in the same footprint as its predecessor.

The new V12 is the first variant in the new V-series, where a V16 and a V20 will follow, to address a bigger portion of the marine and land market. Typical marine applications will be larger fishing vessels, drilling units, heavy lift and construction vessels as well as medium sized cruise and passenger, cargo and tanker vessels.

“This V-engine series completes the B33:45-engine family and gives our customers freedom to select their optimum power choice in the range between 3.6 MW and up to 12 MW,” said Thor Humerfelt, Rolls-Royce head of Engineering – Bergen. “This will give them an excellent opportunity to reduce life cycle costs.”

The V12 engine, delivering 7.2 MW, is designed for both propulsion with fixed or controllable pitch propellers or as a generator set. According to Rolls-Royce, 100% of engine power can be taken out of either end of the crankshaft.

The engine is designed to comply with IMO Tier 2 requirements with no exhaust after treatment and Tier 3 with selective catalytic reduction (SCR).

Both the In-line and V-series are designed for up to 30,000 running hours between major overhaul when operating at average loads within a specified window, enabled by dynamic service counter. This feature is a part of the Human Machine Interface system and the Ship Intelligence offerings currently being introduced by Rolls-Royce.

The resilient mounting system has been simplified and allows variable speed generator sets for improved fuel economy and reduced emissions, the company said. This also eliminates the need for onboard welding during installation, Rolls-Royce said, saving time for the shipyard and costs for customers. The pipe connections to the built-on pumps have been standardized and framed as a part of the front end module enhancing operational lifetime of bellows and connectors.

The Bergen B33:45 inline diesel engine that was introduced at SMM, Hamburg is available with six, eight or nine cylinders. Close to 60 engines have been sold to date, the company said, with orders from Norway, the UK, Spain, Canada, China, Singapore and New Zealand.

The first vessel equipped with the B33:45, was the trawler Holmøy, which was built at the Freire Shipyard in Vigo, Spain. The vessel entered service in April 2016 and the lead engine has logged more than 8000 running hours in service, Rolls-Royce said.