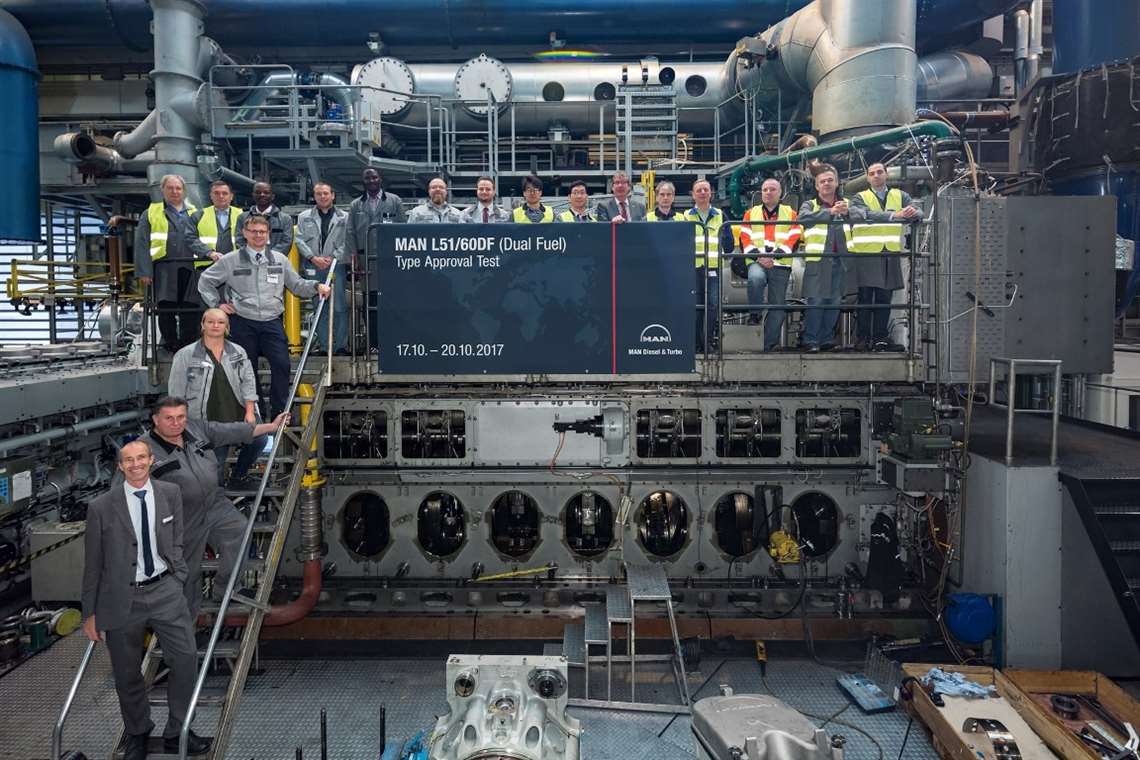 The nine-cylinder test engine has an output of 1150 kW/cylinder at a nominal speed of 500/514 rpm. The MAN L51/60DF engine can be employed both as marine main engine and auxiliary engine. Augsburg’s testbed No. 20 hosted the test program of a nine-cylinder version of the engine that ran on fuel oil (DMA) and natural gas.

The TAT tested the engine’s alarm and safety system, dual-fuel safety concept, including a test of its pilot-fuel system and gas supply system.

“The MAN L51/60DF, with its improved rated-output and new features such as gas-start capability, is a welcome addition to the ranks with the flexibility to act in a main or auxiliary capacity,” said Lex Nijsen, head of Four-Stroke Marine, MAN Diesel & Turbo. “Whether operating on fuel oil or gas, I’m certain its efficiency and high power output will be appreciated by the market.”