Rolls-Royce has delivered the first 16-cylinder engines of the successful mtu Series 8000.

The Taiwanese shipyard CSBC Corp. will install the first two 16V 8000 M71L engines in new patrol vessels for the Taiwanese Coast Guard. The two engines deliver 7280 kW of power each and will accelerate the 1000-ton class vessels to up to 24 knots. A total of six vessels of this class are to be built with mtu engines, and the engines will be delivered by the end of 2022. Rolls-Royce has also already sold a further 20 engines of the new type to a second customer. With an output of up to 10 000 kW, its “big brother” 20V 8000 has been the best-selling engine in its power class since its introduction around 20 years ago, the company said.

“The delivery is an important milestone for our Series 8000,” said Knut Müller, vice president Global Governmental at Rolls-Royce business unit Power Systems. “We are proud that we have been able to convince the Taiwanese Coast Guard, a very demanding customer, of our new product and look forward to confirming the trust they have placed in us.” 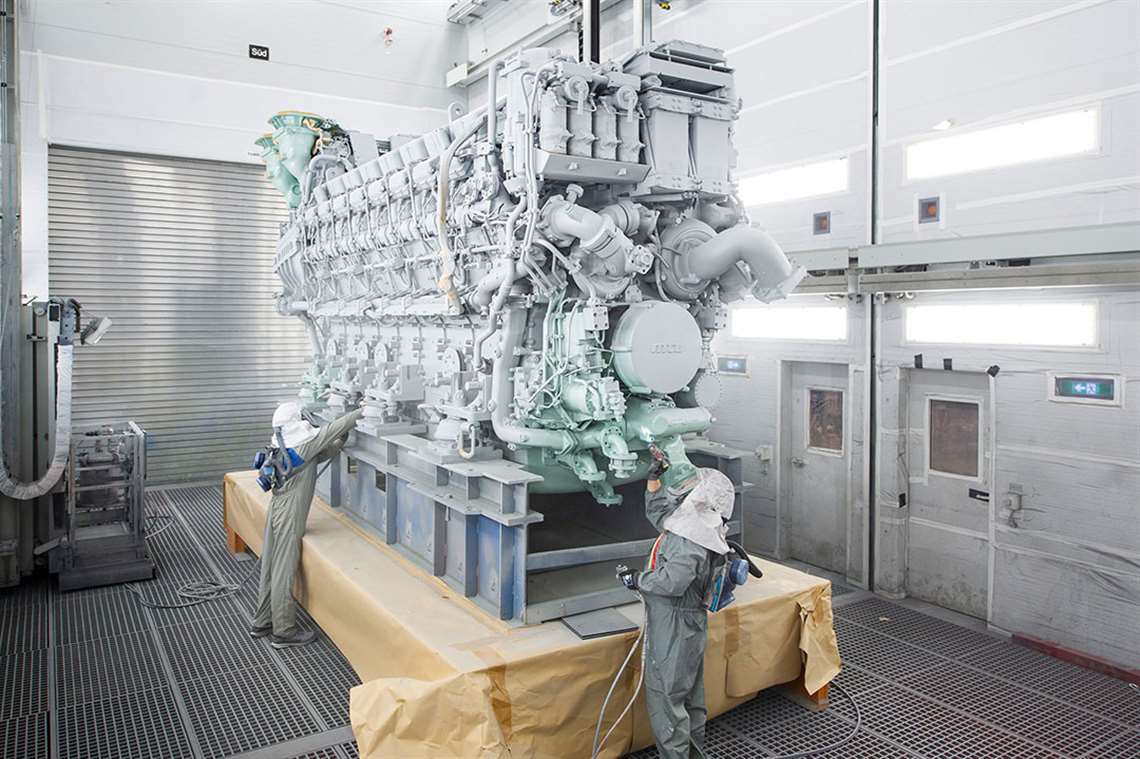 According to Rolls-Royce, the 16V 8000 is not just another cylinder variant of Series 8000, but a completely new engine that incorporates various product improvements from which customers now benefit in increased efficiency and even easier maintenance. The engine complies with IMO Tier II emissions regulations and can also meet other emissions specifications as required. The engine also meets the stringent requirements of the Taiwanese Coast Guard regarding structure-borne and airborne noise.