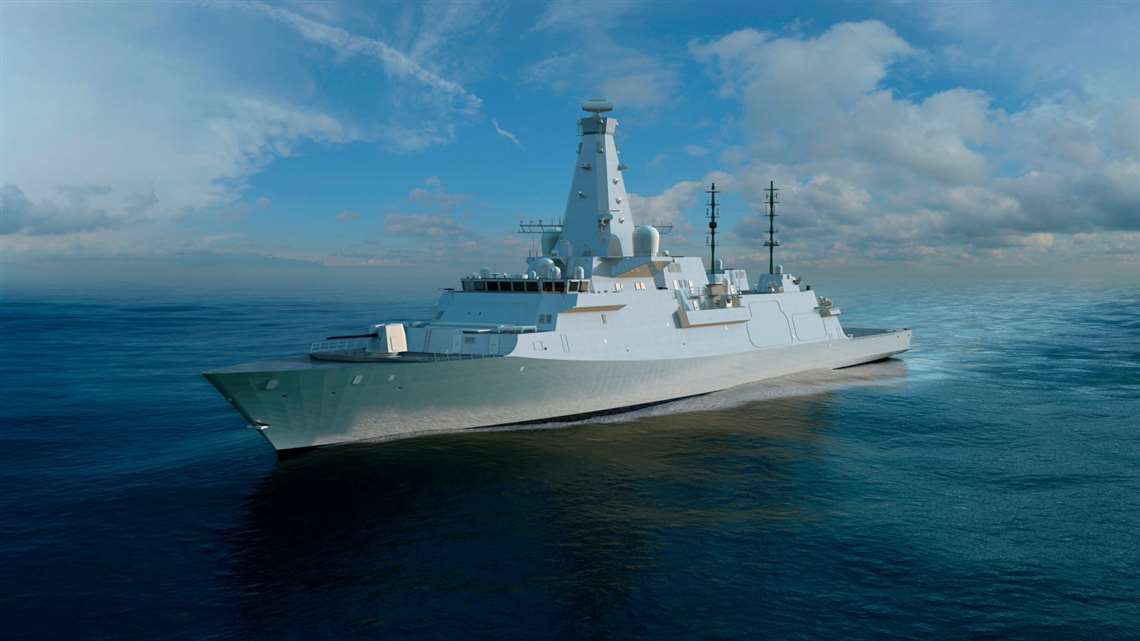 Building on the already secured contracts to supply the majority of the propulsion system for the United Kingdom’s new combat ship, Rolls-Royce has been commissioned to supply further equipment.

The contracts cover the first three ships, the first of which is currently under construction at the BAE Systems shipyard in Glasgow, Scotland.

Rolls-Royce is already delivering most of the propulsion system for the Type 26. Power will come from a single MT30 gas turbine, providing direct drive through a gearbox, and four MTU Series 4000 diesel generator sets from Rolls-Royce Power Systems.

Once completed, the Type 26 Global Combat Ship will replace the Type 23 frigate which is described by the Navy as “the workhorse of the fleet” undertaking three roles – combat, maritime security and international engagement. Each of the eight planned Type 26s will have a crew of 157, can sail at more than 26 knots with a range of 7000 nautical miles.

Rolls-Royce said a key feature which sets it apart from competing designs is its mission bay. The Rolls-Royce Mission Bay Handling System will enable efficient movement of craft and containerized mission packages within the mission bay. It also features a launch and recovery capability, the company said.

The bay can be used to house and deploy additional boats, unmanned vehicles (aerial, surface or underwater) allowing the ship to adapt to changing missions, ranging from disaster relief and humanitarian aid operations to embarking military forces or supporting diving operations.

“Our propeller technology will once again provide the Royal Navy with the all-important combination of high propulsive efficiency and low underwater-radiated noise signature to fulfil the essential anti-submarine warfare role of these ships,” said Don Roussinos, Rolls-Royce, president – Naval.

The first Type 26 is expected to enter service in the mid 2020s.