Total output of 12 MW for each ship

The Navy Constellation (FFG-62) Class Frigate is a multi-mission warship designed for operation in littoral and blue water environments to conduct air, anti-submarine, surface and electronic warfare, in addition to information operations. The generator sets are based on the mtu 20V 4000 M53B engine and provide a total power output of 12 MW for propulsion and on-board power supply. 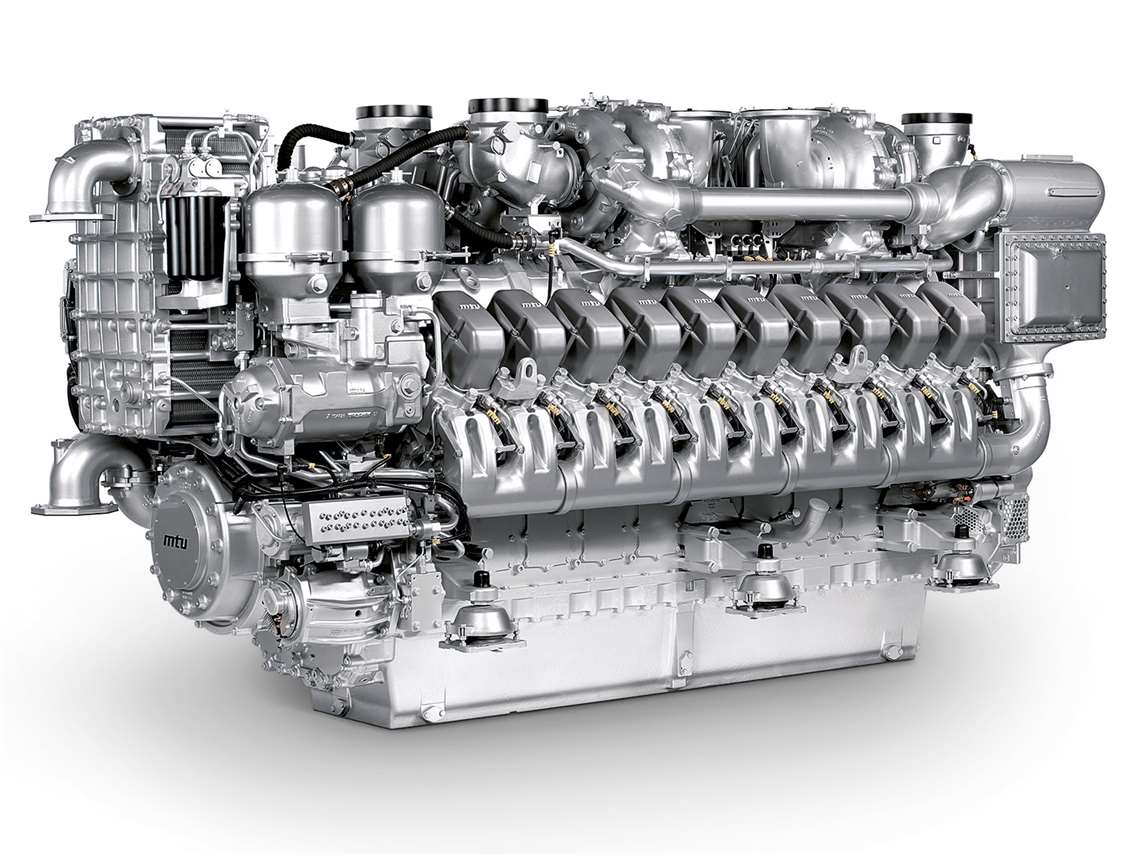 The U.S. Navy’s Constellation (FFG-62) Class Frigate is a multi-mission warship designed for operation in littoral and blue water environments. mtu naval generator sets will be a key component of its propulsion and on-board power generation system. JPG, 314 KBThe mtu Series 4000 gensets which Rolls-Royce supplies for the lead ship of the U.S. Navy’s Constellation-class (FFG-62) each deliver 3000 kWe at 1800 rpm. In the picture: mtu 20V 4000 marine engine.

The flexible design engineering of the frigate’s CODLAG propulsion system will allow for energy-efficient diesel power generation for propulsion at normal cruising speeds with extended range, while enhancing anti-submarine capability in its extremely quiet diesel-electric configuration. When completed, the lead ship will be nearly 500 ft. in length, accommodate up to 200 sailors and be capable of sustained speeds of more than 26 knots.

Fincantieri Marinette Marine (FMM) of Marinette, Wisconsin, USA, was awarded the build contract for the project, which includes the design and construction of the lead ship and the option to build up to 10 ships in total for phase one. A potential planned second phase would include another 10 ships.

Construction on the first ship is expected to begin later this year.