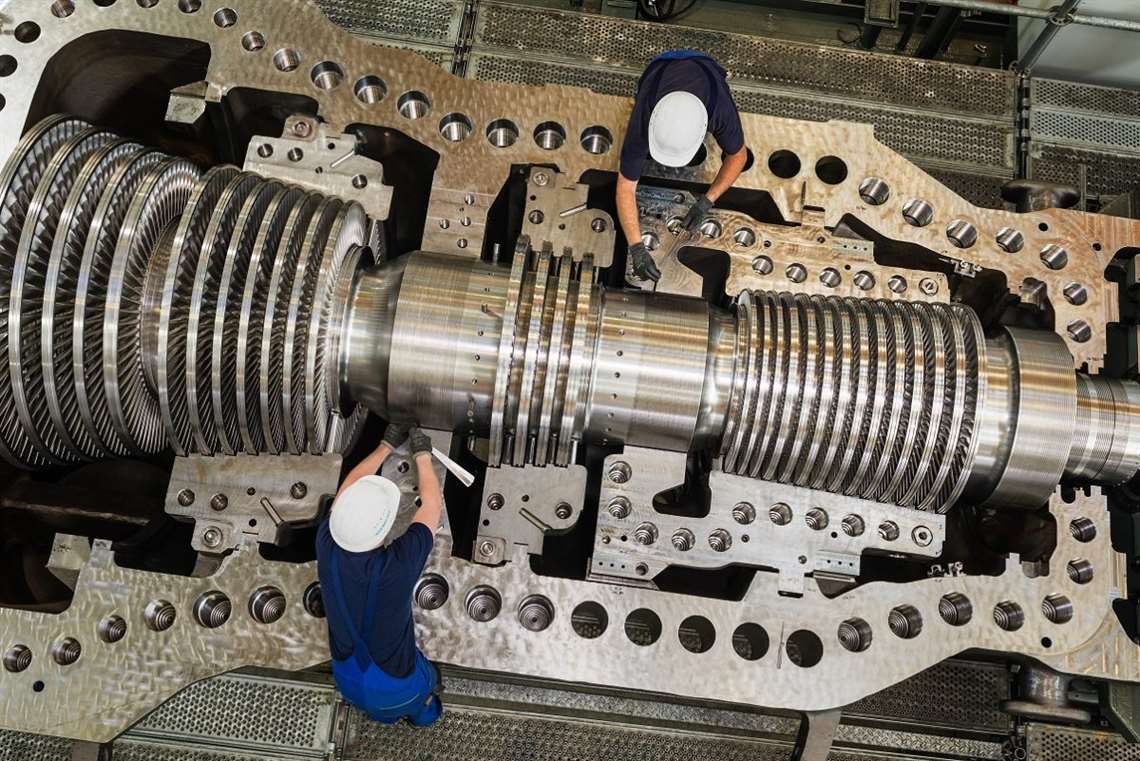 The open-cycle gas turbine power plant Az Zour South 3 in Kuwait is being expanded to a combined cycle power plant. The plant is operated by the Ministry of Electricity & Water (MEW) and Siemens has been chosen by the Chinese EPC contractor SEPCOIII to deliver an SST-800 steam turbine (high pressure) combined with an SST-500 steam turbine (low pressure) and an SGen1200A generator.
Az Zour South 3 began operating as an open cycle power plant with two Siemens SGT4-5000F gas turbines in 2015. The current expansion will increase the total installed capacity by 263 MW without using any additional gas; in fact, after the steam turbine expansion the hot waste gasses of the gas turbines will be used to produce steam which will feed the turbo set, increasing the plant’s total capacity and boosting efficiency.
“With our industrial steam turbine, we have developed a cost-effective and highly efficient solution for expanding the power plant,” said Jeffrey Dunlap, head of sales for the Middle East & North Africa region at Siemens Power and Gas. “With more than 263 MW, the additional capacity is outstanding for a non-reheat process. The project highlights the flexibility and individuality of these steam turbine expansions.”
“Siemens has supported us strongly in winning this important contract and we are confident that this project will be a success story for SEPCOIII and all involved parties,” stated Wang Jianming, head of Procurement of SEPCOIII.
The combined cycle power plant is expected to go into operation in mid-2019.