GE seeking hundreds of millions in damages; ‘supposed’ secrets not secrets at all, Siemens counters

Siemens Energy argues that GE’s claims that it stole trade secrets are an “opportunistic attempt” to harm a major competitor.

Siemens’ accusation against GE is the latest salvo in the U.S. lawsuit between the two companies. In January, GE filed suit against Siemens Energy, claiming the German-based manufacturer used confidential information about GE’s gas turbines to win billions of dollars in contracts. The company is seeking damages totally hundreds of millions of dollars.

In response, Siemens said GE’s case “amounts to an opportunistic attempt by General Electric to exploit a specific issue with a now-canceled gas turbine project in order to obtain a sweeping injunction that would tactically disadvantage one of its only competitors in the gas turbine market.”

What happened after that, and how much it mattered to GE’s business, are in dispute. According to Siemens, which eventually disclosed the breach to GE, the information was limited to one project and included some information that was public in any event.

“This is not a case that actually seeks to stop the use of confidential information at all,” Siemens said in its court filing. “GE knew for months before filing suit and before seeking a preliminary injunction that SEI had already locked down and prevented the use of GE’s alleged confidential information—because SEI discovered the matter, voluntarily disclosed it to GE, and took steps to remove the information at issue from its files and systems. Nor is this a case involving the alleged theft of intellectual property such as gas turbine design drawings or anything of the sort: it instead concerns unsolicited pricing and performance specifications that SEI received on a single 2019 bid for a Dominion Energy gas turbine project that is no longer going forward anyway.”

GE, naturally, has a different view.

“The sprawling and calculated theft of GE’s trade secrets has enabled Siemens to win, so far, billions of dollars of contracts and remains ongoing—all at the expense of GE’s ability to fairly compete,” the lawsuit alleges. In the suit, filed in U.S. District Court in Virginia, GE accuses Siemens of “willful and malicious misappropriation of GE’s trade secrets.

According to GE’s suit, Siemens’ internal review revealed that, after the parties submitted their initial bids for the Peakers Project RFP, but before the project was awarded, Dominion disclosed GE’s trade secrets, as well as trade secrets belonging to Mitsubishi, to Siemens. After receiving the information, Siemens updated its bid and eventually was awarded the contract, according to the suit. The project was later canceled by Dominion.

GE argues that the information Siemens had caused problems beyond the one bid.

In the lawsuit, GE said it also won several RFPs since May 2019 in which it included one or more of the turbines from its Dominion bid package. GE won some of those projects at razor-thin profit margins or at negative margins, the lawsuit alleges.

“One of the projects GE has won since May 2019 was a project with Florida Power & Light (“FPL”) to supply four of GE’s 7F.05 turbines at FPL’s Crist power plant in Pensacola, Florida (the “Crist Project”),” GE’s lawsuit said. “GE sold its 7F.05 turbines to FPL at negative margins for the Crist Project…Siemens employees used GE’s Trade Secrets about its service pricing and maintenance formulas to “support us on FPL peakers,” which, on information and belief, was the Crist Project. Siemens’ unfair use of GE’s Trade Secrets to structure its Crist Project bid package likely resulted in lower (in fact, zero) profit margins for GE than GE could have otherwise secured. Discovery may reveal that Siemens used GE’s Trade Secrets to drive GE’s profit margins down for other gas turbine RFPs GE has won in competition against Siemens since May 2019.”

In sum, Siemens’ possession and knowledge of GE’s Trade Secrets give it a tremendous competitive advantage in bidding against GE for gas turbine equipment or services projects of any kind in the present and for years to come.

In its response, Siemens said GE suffered no damages from the Virginia project because it was canceled and “GE’s long history of financial problems in its gas turbine business contradicts its assertion that it would have enjoyed substantial profits if not for the alleged misappropriation.”

“The supposed trade secrets alleged in plaintiff’s Complaint were not unique, were readily ascertainable, and were not confidential or proprietary and did not constitute protectable trade secrets,” Siemens said.

Siemens argues it owns GE no compensation in the matter and has requested a jury trial. 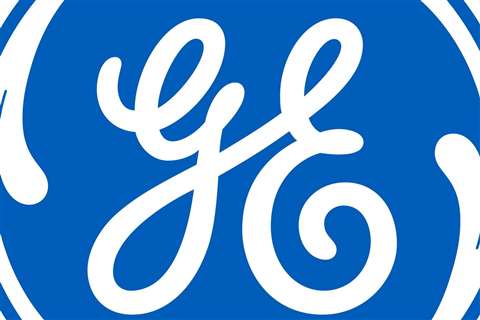